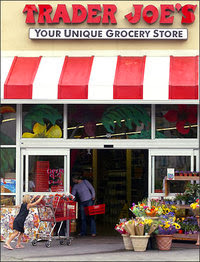 Last week, we introduced our tool that can help you choose which option is financially better for you: buying an Obamacare insurance plan in your state or paying the Obamacare income tax. When we did, we hinted that there was more to the story regarding the default values that we entered into our tool, and today we're following up that story: they are the numbers that apply to a young woman who just found out that her employer, Trader Joe's, is going to drop her and a large number of other part time employees from the company's health insurance program for employees.

Owned by Germany's Albrecht family, who also own the German-based Aldi international grocery store corporation, Trader Joe's previously had the reputation of providing above-market compensation and benefits for its employees, where it traded higher labor costs for higher productivity and lower employee turnover-related expenses for the firm.

Here are a number of key excerpts from the anonymous woman's story, which came out in response to a memo that the company issued to its staff on 30 August 2013:

A current Trader Joe's worker described the coverage she'll likely lose as "one of the best parts about the job." (The employee requested anonymity since she isn't authorized to speak to the media.) She said she pays only $35 per paycheck, or $70 per month, for a plan that generally covers 80 percent of her medical costs, carries a reasonable $500 deductible and includes prescription drug coverage.

"There are several folks I work with who are there for the insurance as much as anything, mostly folks with young families," she said. "I can say that when I opened and read the letter yesterday my reaction was pure panic, followed quickly by anger."

The employee said she averages about 28 hours per week and worries she won't make the cutoff for company-based coverage. Whether workers hit the 30-hour threshold and become eligible for the company plan will be determined by their work schedules over the course of the next three months, the memo explains. For those who may be on the cusp, the memo left little hope that they can pack in extra hours to meet the requirement.

"It is important to note ... we do not create our weekly schedules with healthcare eligibility in mind," Bane wrote. "Rather, we will continue to create weekly schedules that are solely focused on supporting the customer experience."

The worker, who took home less than $20,000 last year, might be able to find a similar plan at a comparable cost under Obamacare, judging from a subsidy calculator. But there's no guarantee, other than uncertainty.

Here's what we can work out from the information presented in the article with some straightforward economic detective work. The employee is relatively young and single, which we can determine from the relatively low values she provide for what she pays for her current health insurance coverage. 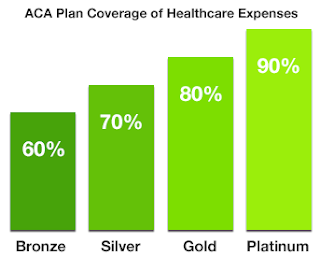 That employee benefit was very generous. Her health insurance plan was roughly equivalent to what would be considered to be the "Gold" level plans that are now being marketed through the new state health insurance marketplaces, which we can deduce from the fact that she indicates that it covers approximately 80% of her health care costs. While those plans would typically not have a deductible, she indicates that her deductible is $500, which is about one-fourth what would be typical for the next-lower tier "Silver" plan available through the state health insurance exchanges.

At $35 per paycheck, her annual out-of-pocket cost for her portion of the premiums that she pays for near-equivalent Gold plan is $910, assuming that she is paid on a biweekly basis. The article does not provide enough information to determine the full actual cost of her health insurance premiums.

Next, we'll consider what her health insurance costs might be if she chooses to buy a health insurance plan through her state's ObamaCare exchange. Since nearly half of all of Trader Joe's stores are located in California, we'll use that state's exchange information. That's where our assumption that she is relatively young comes into play, as the data we'll use in our tool is take from Covered California's average statewide rates that will apply for a 21-year old in that state in 2014. 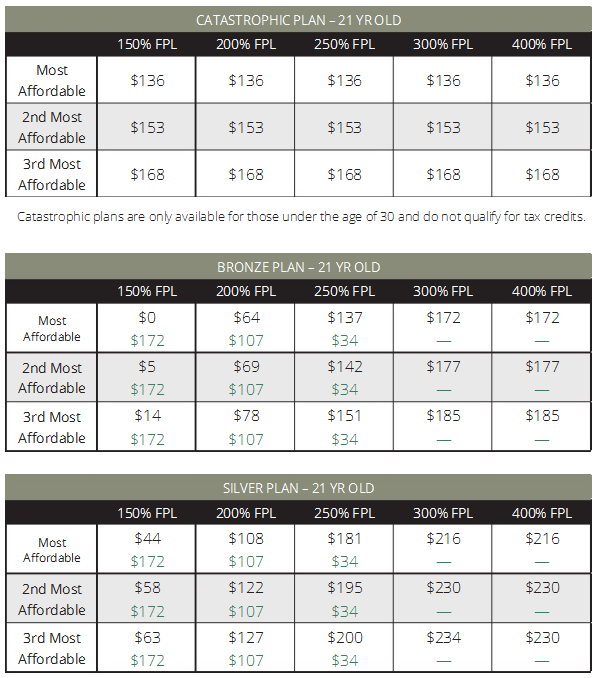 In the chart above, the top value listed for each income level represents the "typical" out-of-pocket potion of the average monthly premium for each plan, while the lower green value that's listed represents the average subsidy that a single individual might receive, which is based upon the cost of the second-least expensive "Silver" plan. Adding the two values together gives us the full actual cost of an average health insurance premium for a 21-year old in California.

We'll use the cost differences between the "Bronze" plans listed in the chart above, where approximately 60% of the insured's health insurance costs are covered under the plan and the "Silver" plans, which cover around 70% of the insured's health care expenses, to estimate what the near-equivalent "Gold" plan would cost her. Taking the average of the second-least and third-least expensive plans listed, we estimate the typical average monthly cost of a "Gold" plan in California would be $283.

With all that data then, we can now establish what the real financial choice that will soon be faced by Trader Joe's part-time employee in the tool below. We'll find out how much she'll have to pay for health insurance plan that's nearly equivalent to the one that Trader Joe's is taking away from her, and whether she would simply be better off paying the tax, and only buying the insurance if and when she actually needs it. Update 18 November 2014: We updated the tool to do the math for 2015 and after - just select the year!

For the default values we've entered in the tool above, which doesn't factor in Trader Joe's $500 "go-away" payment, we find that if our heroine can reasonably expect to be healthy, it will be much less costly for her to hold off on buying any health insurance until she might actually need it and pay the additional tax on her income instead, as she will come out ahead by $1,551.01 per year. [Update: There was a small glitch in our original calculation - now fixed (HT: Sean Parnell)!]

We also find that she comes out behind if she chooses to buy into a health insurance plan in California that's nearly equivalent to what her previous employer-provided health insurance coverage was. At her $19,947.20 annual income, she could expect to pay $1,650.48 per year out of her own pocket for the "Gold" level plan that is most nearly equivalent to the coverage that Trader Joe's was previously providing her with an out-of-pocket cost to her of $910, which leaves her some $740.48 in the hole, even after she collects ObamaCare's subsidy tax credit.

Even with Trader Joe's promised extra check for $500, she would still find herself at least $240.48 in the hole compared to today, unless she accepts lesser health insurance coverage that requires her to pay a much larger percentage of her health care costs. And it only gets worse if we account for that extra $500 payment to our heroine's income, because it reduces her ObamaCare subsidy, but we'll leave that for you discover for yourself in our tool above.

The bottom line is that this is a clear example of a case where an individual is both not going to be able to keep the plan they have today where they also come out worse off than they were before, whether through being forced into lesser insurance coverage or through having less disposable income after taxes and health insurance costs.

Looking at Trader Joe's motives in dropping the health insurance it was providing to its part-time crew members, if our estimated full annual cost of $3,396 for a "Gold" plan in California's ObamaCare health insurance exchanges is a good indication of what the company was spending per employee to provide that coverage, reducing that figure by the $910 that the part-time employee was paying per year means that the company stands to reduce its costs for health insurance by $2,496 per previously-covered part-time employee before its $500 "don't bother us" payment, and $1,996 per previously-covered employee after it.

There's still more to the story, as Trader Joe's has both taken heat in the media and responded to the criticism that it has received for dumping its part-time employees out of its health insurance coverage program, but we'll cover that in an upcoming post.