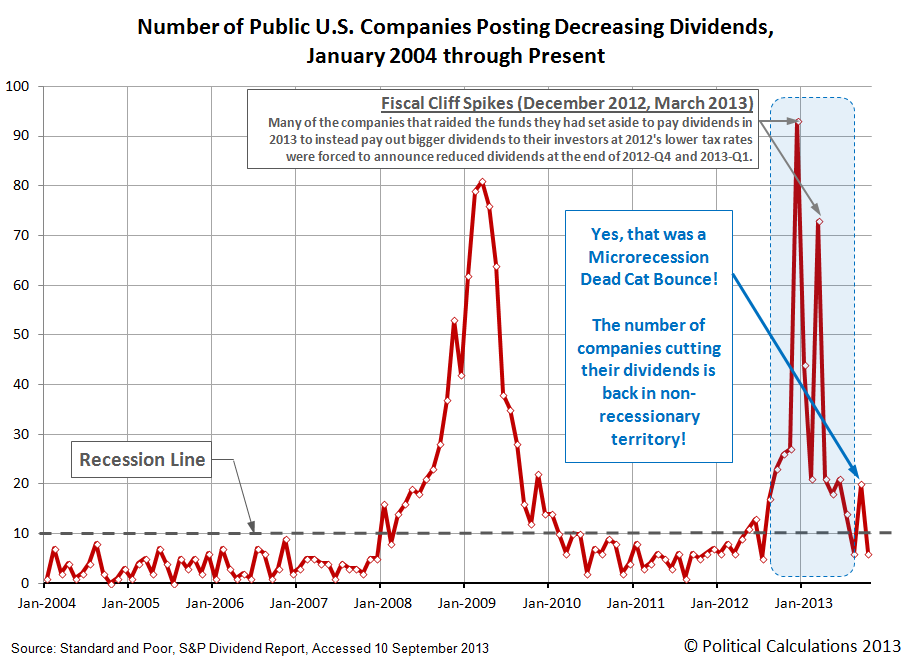 This low level is a positive indicator for the U.S. economy, and is worth noting that it occurred as anywhere from 17-18.5% of the U.S. federal government, depending upon how you measure it, was shut down during half that month.

What that result confirms is that the partial government shut down was largely a non-event for the U.S. economy as a whole. When when you consider that S&P estimated that the potential reduction in the nation's GDP might be as high as $24 billion, a figure that would seem to greatly distress lesser economists, it really only amounted to about 0.14% of the U.S.' estimated $16,764.5 billion GDP for the recently completed third quarter of 2013.

That "loss" is indistinguishable from noise. And since the federal government responded to the end of the partial government shut down by resuming all its planned spending, including giving nonessential federal employees full back pay for the time they were furloughed from work, while letting many keep the extra income they collected through unemployment benefits, there really wasn't any meaningful loss to the economy as a whole.