The expectations of investors for S&P 500 earnings continued to fall in the three months since our last snapshot of them. 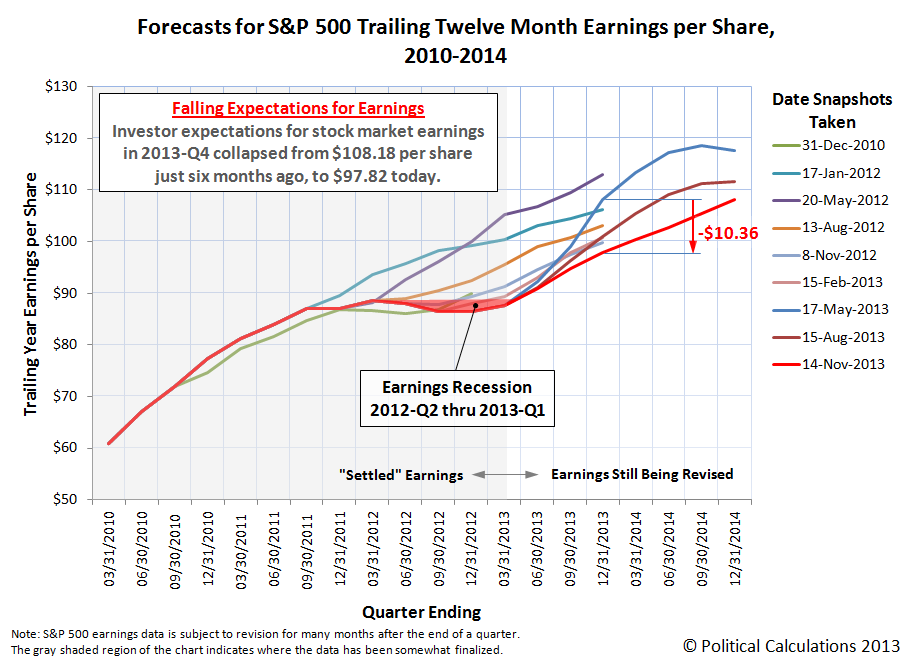 This is the lowest level that investors have projected for trailing twelve month earnings per share for 2013 since S&P's forecast for 2013 was first projected in January 2012.