How much do 242 million turkeys weigh?

That's the question we're taking on today, as we gear up to celebrate the Thanksgiving holiday this week! Our chart below shows the total combined live weight of all turkeys raised in the United States from 1970 through 2012, with the best estimate we could determine for 2013 with the information we have: 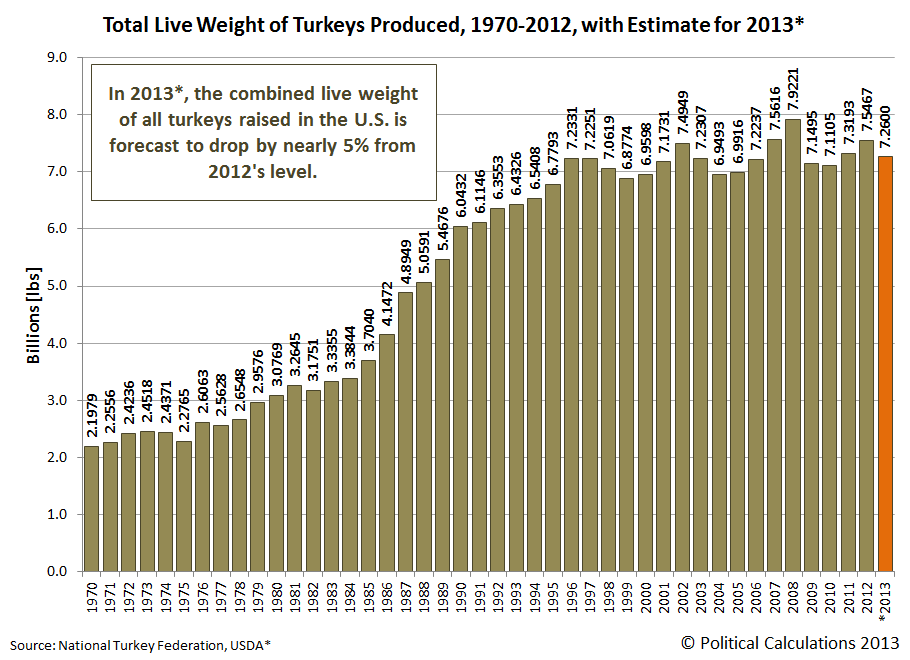 At just over a 4% decline, that's a bit less than the 5% by which the population of turkeys has been estimated to decrease in 2013, as we expect that the average live weight of turkeys raised in the U.S. has increased since 2012.

But that doesn't give a good sense of how much turkey meat might reach the market. For that, we'll consider the Ready-To-Cook (RTC) weight of all the turkeys raised in the U.S. in our next chart: 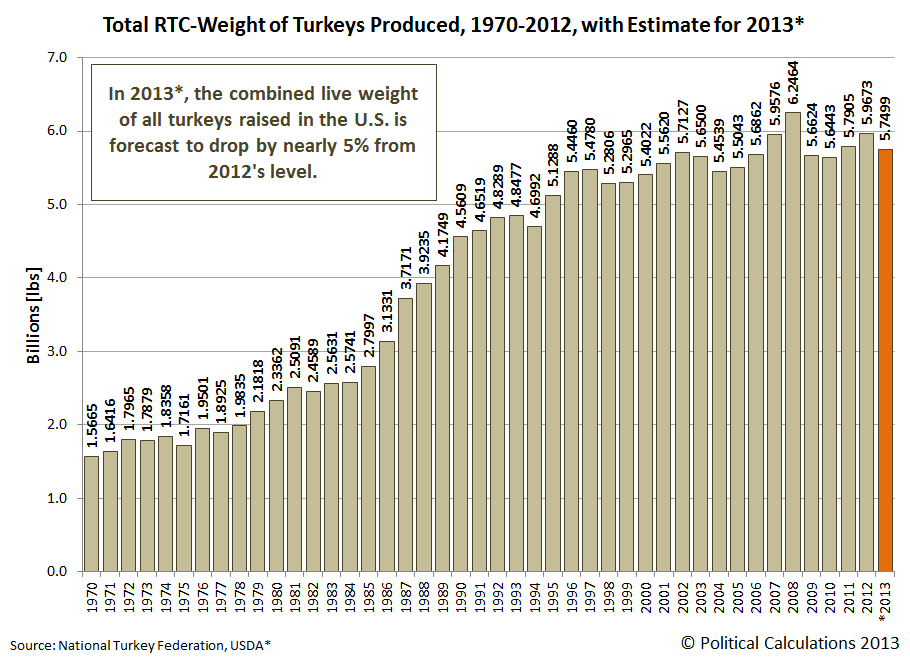 Combined with the number of turkeys produced in the U.S., the data for the total live weight of all these turkeys is enough for us to determine the trends for the size of the average turkey raised in the U.S. since 1970. And that will be our next stop as we consider just how turkeys themselves have changed in 44 years of Thanksgivings (when that link will connect through!)