After showing the growing size of turkeys raised in the U.S. over the last 32 years, we wondered how much money U.S. turkey producers were making per bird.

After all, if they're producing more meat on each bird and are therefore satisfying consumer demand for turkey meat while raising fewer birds, the increase in productivity of U.S. turkey farmers should be putting some serious cash in their pockets.

But that doesn't consider their costs of doing business. Bigger birds likely eat a lot more, which means that they cost more to raise. Our chart below shows the average farm income per turkey from 1970 through 2012, and the average feed cost per turkey for each year from 1975 through 2012: 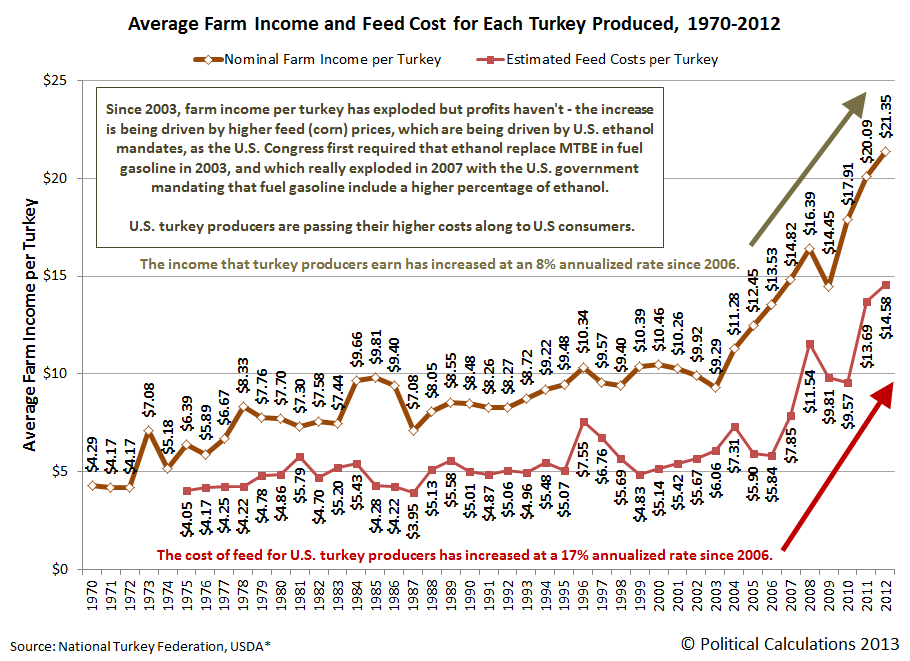 As it happens these are both key years for the federal government's subsidization of U.S. ethanol producers, who produce ethanol from corn, which is also the primary feed grain for farm-raised turkeys.

That affected the price of corn, the available supply of which was first drawn down after the government's 2003 action, which then became stuck in near shortage conditions once the 2007 mandate went into effect. The refusal the U.S. government to waive its ethanol mandate in the years since resulted in skyrocketing corn prices, which U.S. turkey farmers have been forced to pass along to their consumers in order to stay in business.

And that's why turkeys for Thanksgiving cost so much more today than what basic inflation would suggest they would, as they're getting back to the levels they cost during the stagnant '70s. 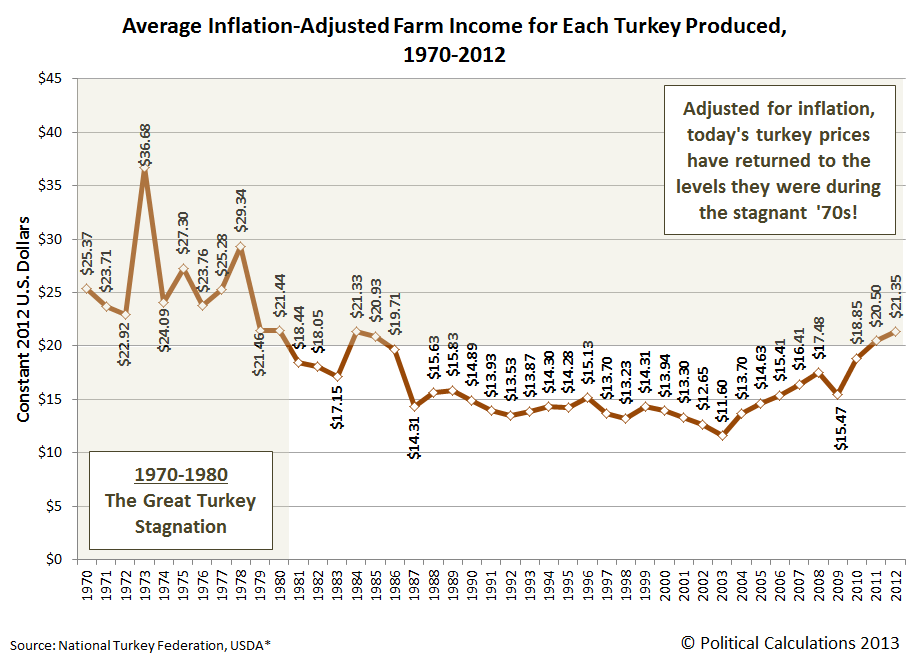 And the Number One factor driving them back to that level is the U.S. government's policies for ethanol.