Political Calculations
Unexpectedly Intriguing!
17 December 2013
How to Get Real and Affordable Health Insurance Without Obamacare 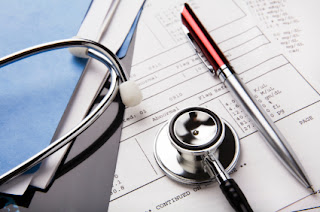 By now, you are likely very well informed about how President Obama's lies and multiple broken promises have produced an even more broken system for buying individual health insurance coverage. Coverage that has become both more costly and of lower quality than what you may have had before because of all the useless bloat that has been added to it by President Obama and his bureaucrats who have put their politics ahead of people.

Sean Parnell, who helped us with the development of our "Obamacare: Should You Pay the Premium or the Tax?" tool, has been working on how to get effective and affordable health insurance coverage without dealing with Obamacare. At all. And best of all, in describing how to opt out of Obamacare, he explains you can get the kind of unbloated coverage that might make the most sense for you (emphasis ours):

***UPDATE #2: I listed four health care sharing ministries above, including Christian Care Ministry. What I forgot to mention is that they operate under the name Medi-Share, which many of you may be more familiar with.

For those who might be interested in investigating the Christian-oriented health cost sharing ministries, back when we were editing On the Moneyed Midways, a weekly summary of the best content we found among money-related blog carnivals, we came across a discussion of how the three Christian-oriented Medi-share ministries work by Bob at Christian PF, who has since updated it based upon his personal experience with them. 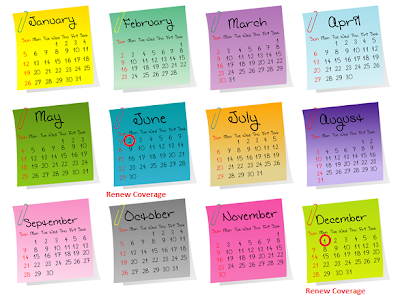 The short-term policies are more like traditional health insurance coverage, which makes them ideal for only paying for the kind of unbloated coverage you need. A good portion of your premiums for an Obamacare policy is actually going to pay for out-of-pocket health care expenses that President Obama's political supporters would like to not have to pay for themselves, which is one reason why their premiums are so much higher than what typical premiums were before the law's implementation.

One downside to the short-term policies is that they don't automatically cover pre-existing conditions, so if you develop a condition that requires extended treatment during the term of one of these policies, you may not be able to renew that coverage. A good way to get around that limitation though is to time the coverage period of your short-term policies during the year so that they go through December, where you could have the option to then get Affordable Care Act coverage during its next enrollment period if you do develop a condition that requires extended treatment. You could then drop the expensive Obamacare policy after you no longer need it in favor of the less costly short term policies again, as would be your right as an honest tax-paying American citizen.

If that describes your situation, when you do "opt-in" to Obamacare, it will be to your advantage to select a "Gold" or "Platinum" level plan, where instead of a high deductible that can require you to pay thousands of dollars out of your own pocket before you even get any meaningful benefit for having health insurance coverage, as is the case for both "Bronze" and "Silver"-level plans under the terms of the Affordable Care Act. We have previously found that people with expensive chronic or short-term, but costly health conditions will almost always pay less for their health care by selecting an Obamacare plan with minimal deductibles.

In fact, we could tell if Obamacare has developed an adverse selection problem simply by looking at the percentage of each kind of "metal" plan that its enrollees have selected, which is perhaps a very big reason why the Obama administration has refused to provide that information to date.

The fixed-benefit and accident insurance coverage would be beneficial as gap filling coverage, which is a means of covering the cost gap if you choose a policy that has a high deductible.

Of course, these kinds of policies would also make sense for people who can only afford Bronze or Silver-level health insurance coverage under the Affordable Care Act, but the difference is that those people will also be paying higher premiums, and are therefore less likely to have the money to pay for the kind of insurance that might actually reduce their out-of-pocket costs for health care.

Obamacare: Should You Pay the Premium or the Tax?
We ask the question and provide a tool where you can do the math to answer the question for yourself!
The Sebelius Solution
You might be surprised to find out that Kathleen Sebelius, the Secretary of the U.S. Department of Health and Human Services, effectively endorsed the idea of ditching buying health insurance in favor of paying Obamacare's small income tax!
Obamacare: Will Making a Little More Income Cost You Thousands?
We show how crossing certain critical income thresholds can cost you the subsidies that make your Obamacare health insurance coverage affordable - welcome to the welfare trap, middle-class Americans!
Obamacare and Trader Joe's: An Economic Detective Story
We find out what's really happening to the grocer's part-time employees.
Obamacare and Trader Joe's: The Rest of the Story
We conclude our investigation of the popular grocery store chain's Obamacare-driven change of philosophy with respect to the value of their employees.
The Odds of Going to the Hospital
We begin the analysis of finding out just how likely it is that a random individual plucked from society might need serious medical treatment.
Do You Even Need Health Insurance?
We help you answer the question that supporters of Obamacare hope you won't ask!
The Obamacare Cost Gap
Depending upon what plan you find affordable, there may be very little difference for you in how much you'll actually pay for health care expenses between having health insurance and not having health insurance. We built a tool to help you find out how big the gap in your health care costs can get before you get any real benefit from having health insurance.
Obamacare: Does Buying Health Insurance Make Sense for You?
We consider the situation where buying health insurance through the Obamacare exchanges might make sense for you.