U.S. housing prices resumed inflating through the end of 2013, however, they don't appear to have anywhere near the head of steam they did from July 2012 through July 2013. 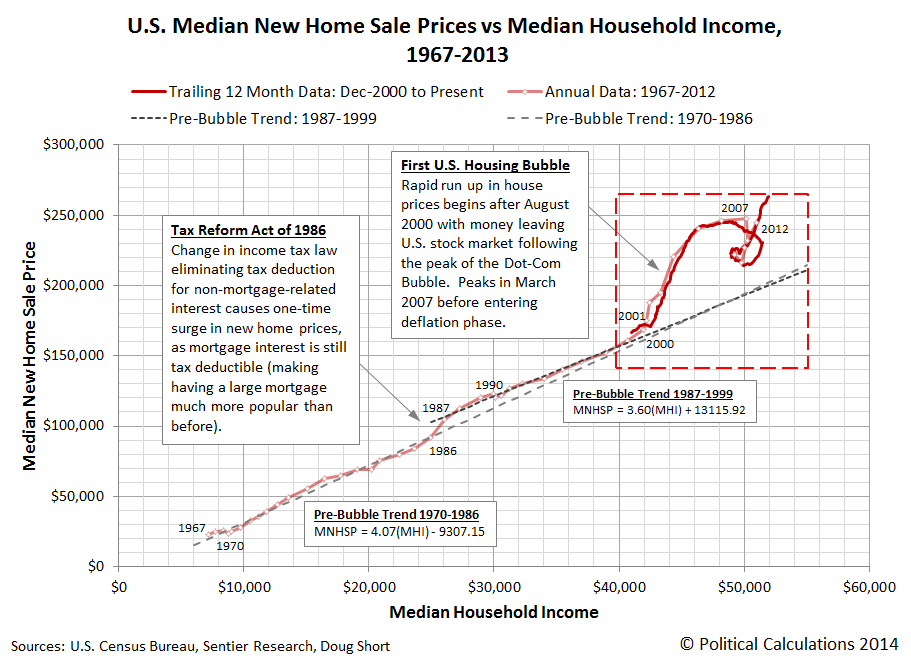 Here, we see that the first U.S. housing bubble really began to inflate after November 2001, peaking in March 2007, then basically deflating until January 2010. Median new home sale prices then grew slowly and steadily with household incomes until July 2012, which is when we mark the beginning of the second U.S. housing bubble.

Let's next zoom in on the box in the upper right hand corner of our first chart, which shows the detail from 1999 onward: 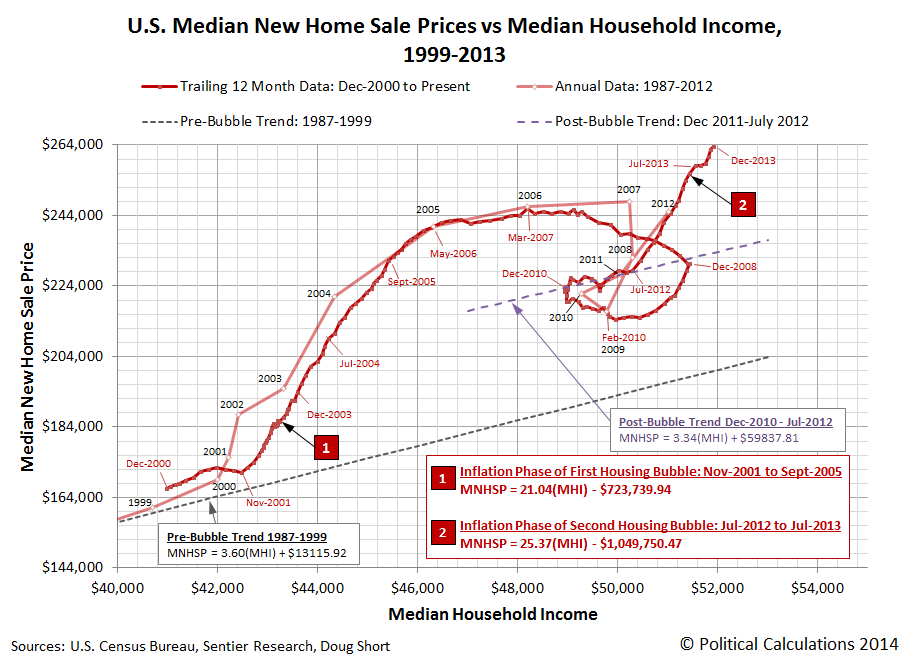 This chart shows how median new home sale prices stalled out from July through September 2013, coinciding with the period where mortgage rates rose in anticipation of the Federal Reserve beginning to taper off its purchases of U.S. Treasuries and Mortgage-Backed Securities in its Quantitative Easing (QE) programs. Following the Fed's decision to delay any taper in its QE programs until later, the inflation of median new home sale prices reignited in October as mortgage rates fell in response.

Mortgage rates began rising again in December 2013, once again in anticipation that the Fed would follow through on its QE taper plans, which would initially appear to be causing the inflation of the second U.S. housing bubble to slow. Our final chart compares the current data for median new home sale prices from July 2012 to July 2013 against how they have changed since September 2013: 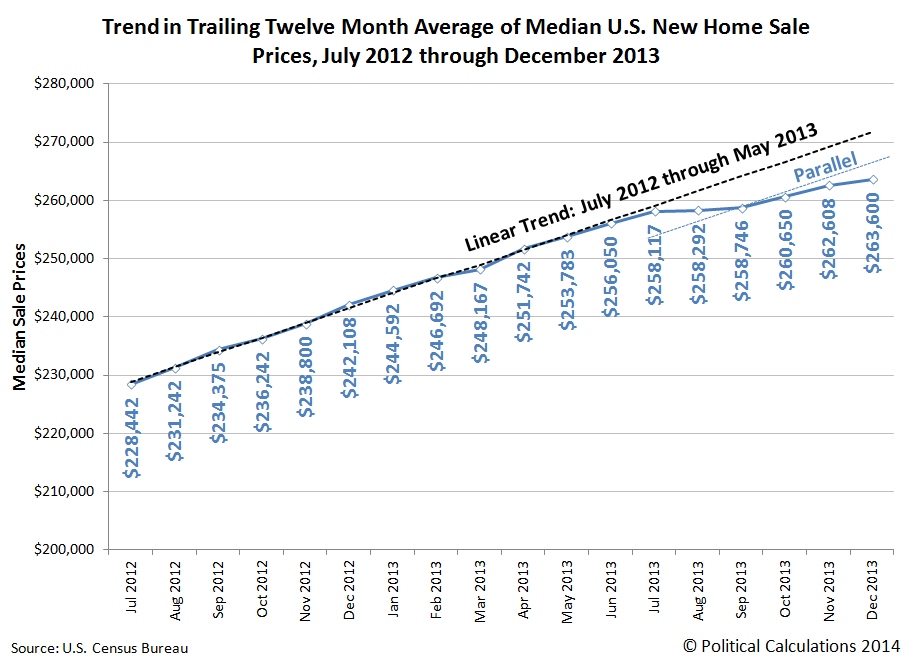 This chart is where we observe that the pace of inflation of median new home sale prices would appear to be slowing. We should caution however that this data is subject to revision as more complete sale data become available, with the greatest revisions occurring in for the most recently published data. Even so, we can see in the older data that the reignited inflation has less "oomph" behind it.

Since December 2013, the Fed has acted to implement its QE taper plans, but mortgage rates are approximately still at the level to which they rose in anticipation of the Fed's action. It will be interesting to see if a new, more stable trajectory for housing prices begins to take hold in the U.S.' real estate markets.

Sentier Research. Household Income Trends: December 2013. [PDF Document]. Accessed 23 January 2014. [Note: We have converted all the older inflation-adjusted values presented in this source to be in terms of their original, nominal values (a.k.a. "current U.S. dollars") for use in our charts, which means that we have a true apples-to-apples basis for pairing this data with the median new home sale price data reported by the U.S. Census Bureau.]