How many of the 250,000 Chevy Volts that President Obama promised would have been sold by this point in time have you seen driving around on the nation's roads?

It's time to update the picture for Chevy Volt sales in the United States from our previous snapshot last August! The chart below shows the monthly sales for GM's flagship product through the third anniversary of its arrival on the U.S. market: 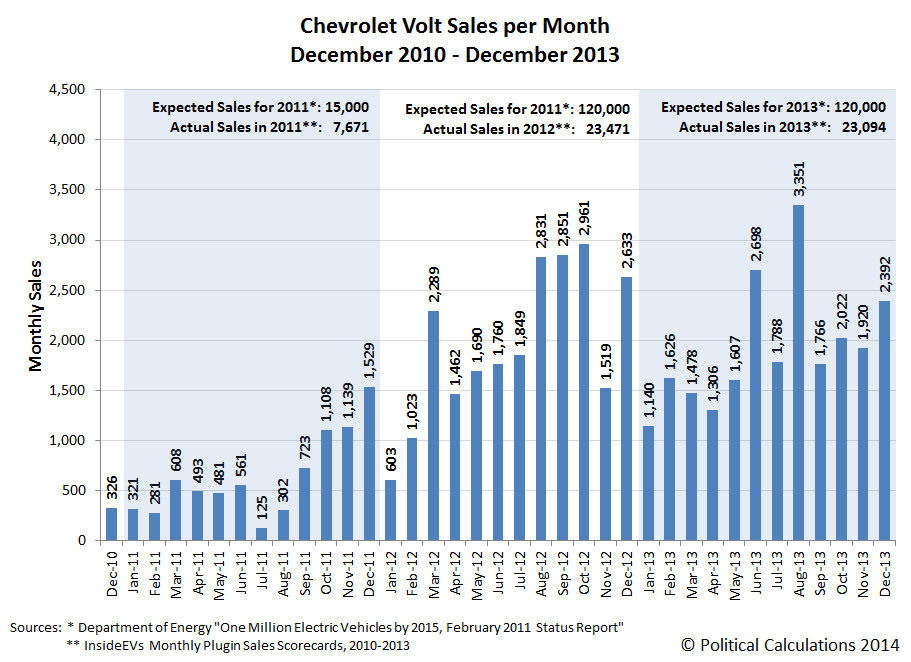 Ouch! With monthly sales numbers like those, it's a pretty safe bet that GM has fallen far short of President Obama's sales target for his preferred electric vehicle. Our next chart shows just how far off President Obama's marks those sales have fallen: 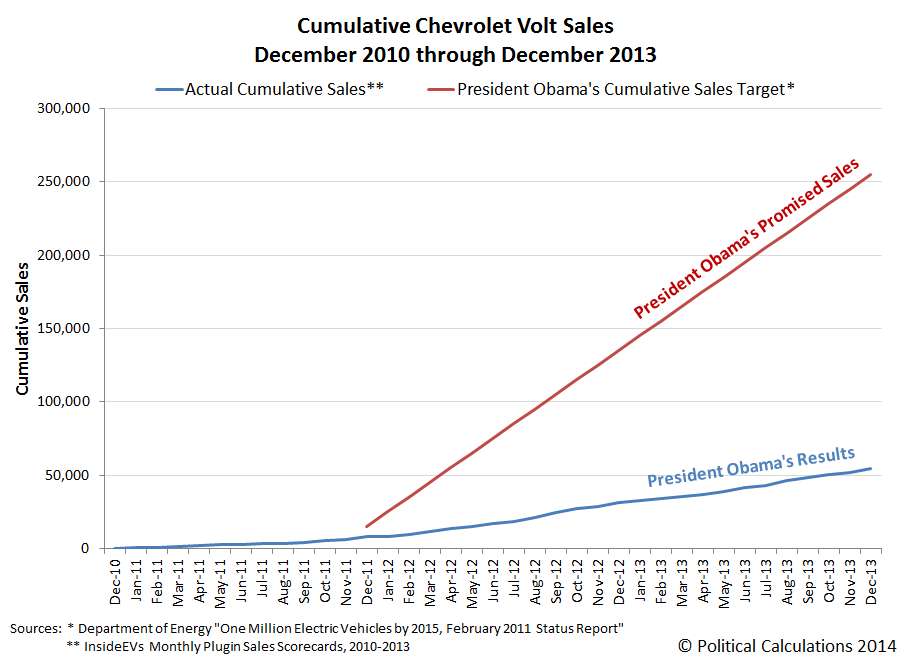 As we noted in our previous installment, there's about an 80% gap between what President Obama promised and what he actually delivered. Or if you prefer, President Obama can only apparently deliver one-fifth of what he promises.

Which is something that at least one other historian has noticed.