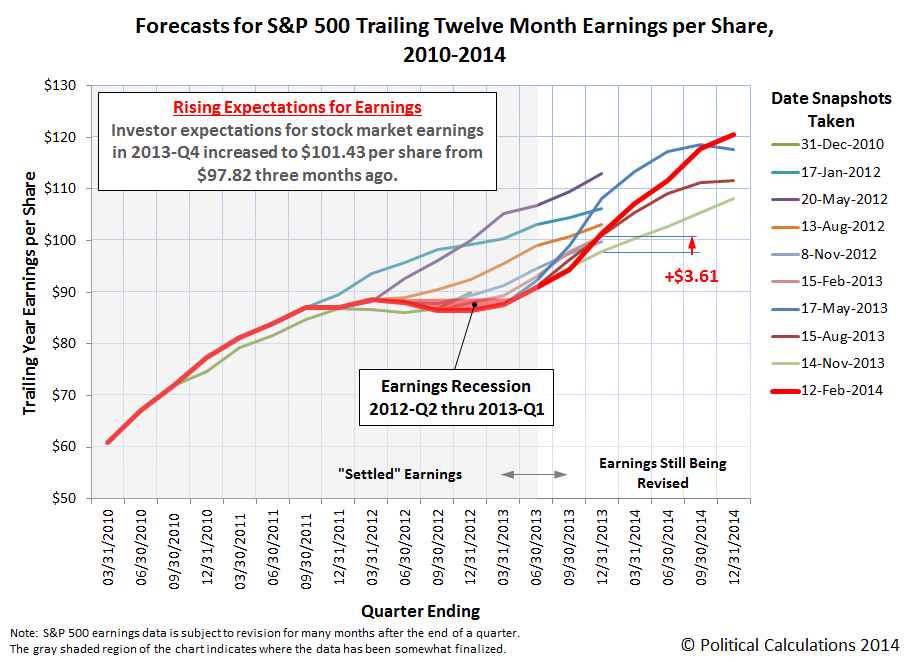 But check out what happened with forecast earnings going throughout 2014! It would appear that S&P's forecast for earnings through 2014 dramatically shifted upward in each quarter. Looking ahead at the new expectation for earnings at the end of 2014, we see that the amount of trailing year earnings per share increased to $120.60 from $108.11 per share, a jump of $12.49, or nearly 12% from what was expected just three months ago.