The number of U.S. companies acting to cut their dividend payments increased from 28 in January 2014 to 32 in February 2014, as it appears that the U.S. economy continued to experience recessionary conditions. 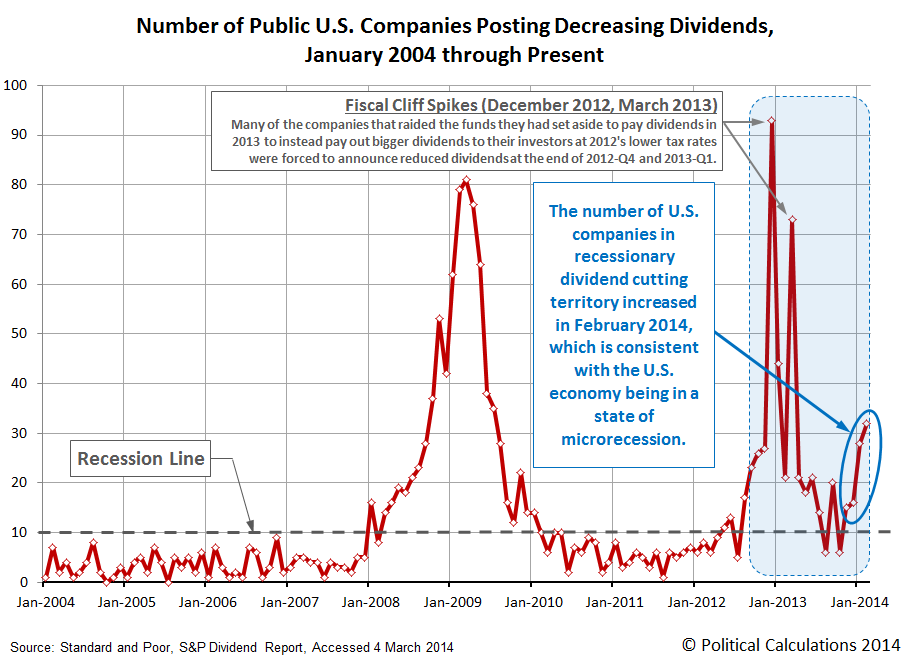 At present, we would describe the U.S. economy as experiencing a microrecession, where there is some economic contraction underway that is too limited in severity, scope or duration to fully qualify as a recession by to the standards of the National Bureau of Economic Research. Going by historic dividend announcement data, we've observed that condition is evident whenever 10 or more publicly-traded companies announce that they are cutting their dividends in any given month.

That outlook is consistent with what we've recently observed with weekly new jobless claims, where we've seen the trend of improvement established since 23 February 2013 flatten out since the end of 2013, but have not yet seen a recessionary pattern take hold that would break the overall trend at present. The overall pattern we observe at present is better described as one of stagnant economic growth.