Are you an environmentally-minded person who enjoys cold beer, but feels guilty about using all that electricity to keep beer cool in your refrigerator? Wouldn't you be better off if you could keep your beer cold without drawing any power from the grid at all?

The obvious answer to the question is yes, and believe it or not, there's an invention that doesn't use any electric power but which can keep your beer at cool temperatures all year round, even outside.

The secret is to use a geothermal storage system, which takes advantage of the stable and cool temperatures below ground, which in many areas of the world, just happen to be at temperatures that are nearly ideal for storing beer. That geologic characteristic attracted the attention of a team of four inventors from the small island of Mors in northern Denmark, who launched eCool, a hand-driven conveyor system for storing cans of beer at the depths where it can be kept cool and drinkable all year round. 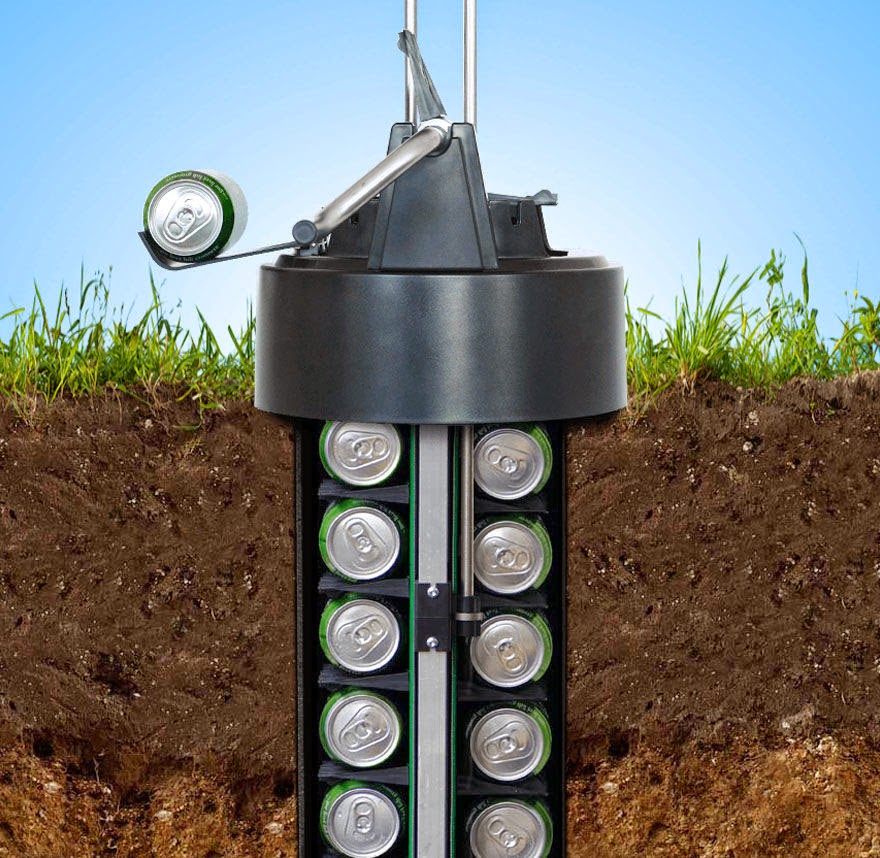 Core77 describes what you need to to install the device:

To install the roughly four-foot-long device, you bore a hole into the ground using a garden drill, though they advise that "[the eCool] can be installed with a shovel as well, if you're a real man." Once you've got the hole dug, you insert the cylindrical device into the ground, then load it with up to 24 cans of quaff.

Depending upon where you live, you may need to go deeper to get to your desired temperature, but in principle, using the earth itself to cool your beer is very do-able! Here's an animiation of the system in action:

And to think, for just $369, it could be yours! If you really care about the environment and keeping your beer cool, isn't that a small price to pay?