Is there a bull or bear market for new homes in the U.S.?

That question arises because other analysts are starting to raise red flags regarding the state of the U.S. new housing market, including Dave Kranzler, who argues that the stocks of U.S. home builders are ripe for shorting, and Charles Hugh Smith who believes that what he calls the "echo housing bubble" is in the process of "popping".

So what is the real economic state of business for the U.S. homebuilding industry?

So that's what we did. We first converted the average sales prices of new homes sold in the U.S. reported for each month from January 1975 through July 2014 to be in terms of constant July 2014 U.S. dollars. We next accounted for the seasonality of those average sale prices by calculating their trailing twelve month average.

The results of that math are visually presented in the chart below, where the first data point of December 1975 represents the inflation-adjusted average of new home sale prices reported from January 1975 through December 1975. 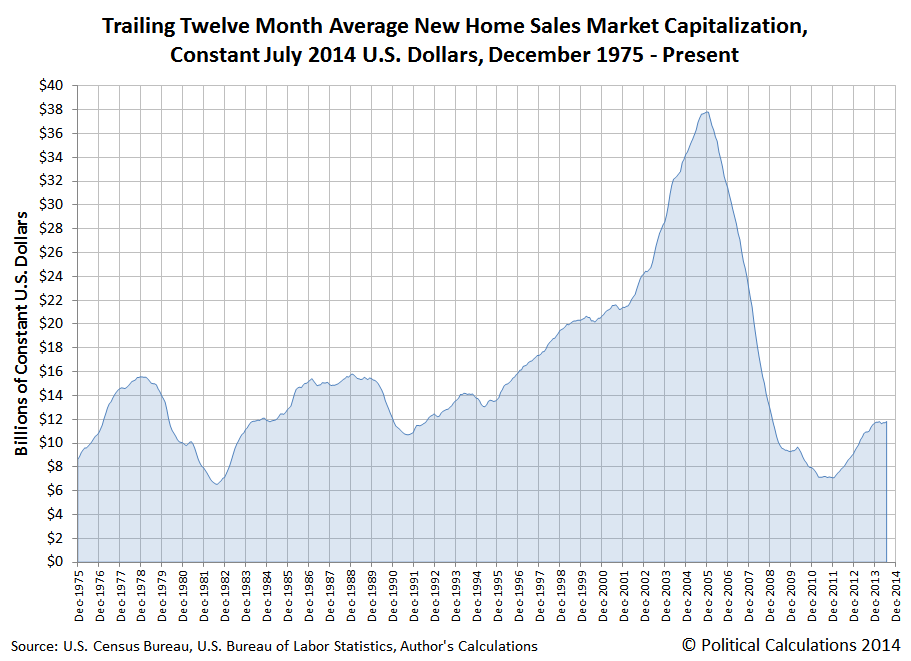 We find that the overall growth of the new home sales market in the U.S., after recovering from December 2011 through December 2013, has basically stalled out and stagnated since January 2014. Coming on the heels of our analysis that suggests that the U.S. new home market may be in the process of topping out, this data would seem to confirm that outlook as higher sale prices are coinciding with falling sales volumes as overall growth in the market for new homes stagnates.

It's not as bad as a falling market, but it's definitely not a growing one.