Something strange is going on with young adults in the U.S. job market.

In the following two months, some 155,000 young adults have been squeezed out of the ranks of the employed in the U.S., reversing the trend of improvement for that particular age demographic. That stands in considerable contrast with the employment situation for U.S. teens, whose numbers have held steady since October 2009, and adults Age 25 or older, whose numbers have been increasing in recent months. 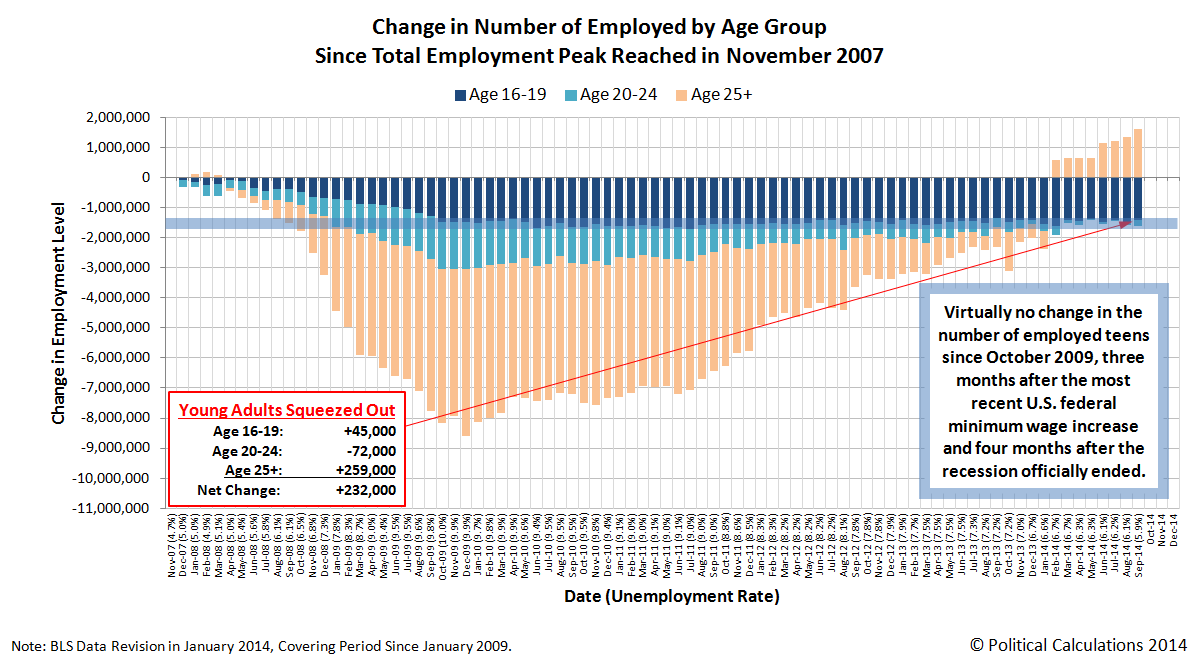 Hopefully, the jobs report for October 2014, which will be released next month, will shed more light on this situation. Until then, if you have any theories as to why the seasonally adjusted U.S. job market has turned south for this particular age group, now would be a good time to trot them out.