Political Calculations
Unexpectedly Intriguing!
November 5, 2015
The Position, Velocity and Acceleration of Private Debt in the U.S.

In the charts below, we're going to explore the evolution of private debt in the United States, as reported by the U.S. Federal Reserve in its Flow of Funds data, spanning all the years for which we have quarterly data, showing the results since January 1954.

We next calculated the year over year compound rate of growth of the amount of private debt for each calendar month, which might also be described as the non-dimensionalized "Velocity" of private debt.

We then went one step further to calculate the "Acceleration" of private debt in the U.S., or rather, the change in the year over year growth rate of private debt from one month to the next.

The results of all this math are graphically presented in the three charts below, which we've lined up just like the position-velocity-acceleration versus time charts we had to draw back when we were taking basic physics! 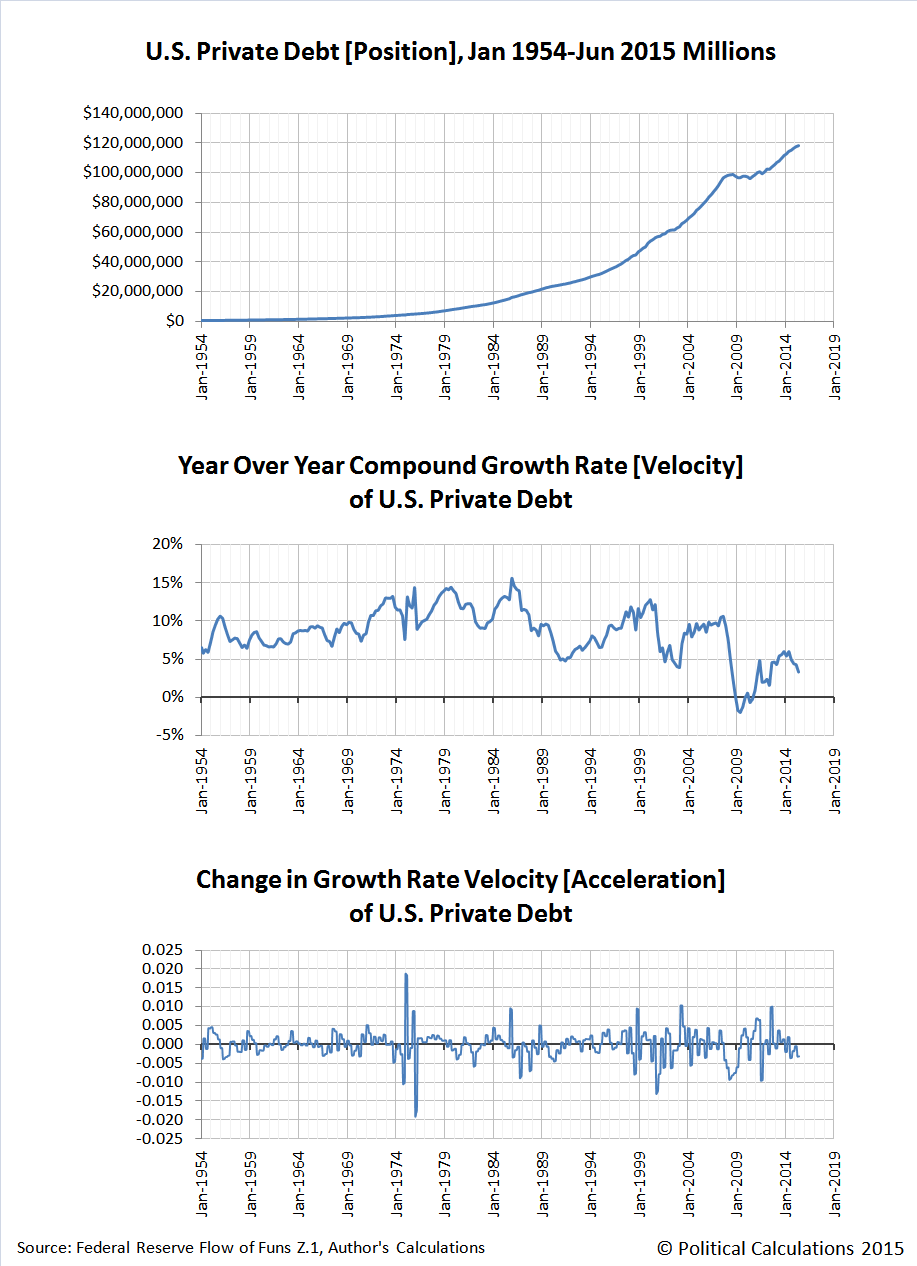 We'll be doing something more interesting with this data soon, but in the mean time, we should recognize that we could have continued our journey down the kinematics path by also calculating the impulse, or rather the "jerk", which would be the change in acceleration of private debt. Or if we really wanted to show off, we could have progressively calculated the "jounce" (or "snap"), "crackle" and "pop" of private debt.

The resulting charts past acceleration however weren't very interesting!