Political Calculations
Unexpectedly Intriguing!
January 13, 2016
A New Period of Chaos for the S&P 500

On 20 August 2015, a four year-long period of order broke down in the U.S. stock market, where in the period since, the behavior of stock prices may be characterized as chaotic. Our chart below shows how differently stock prices are behaving today as compared to the preceding period of order. 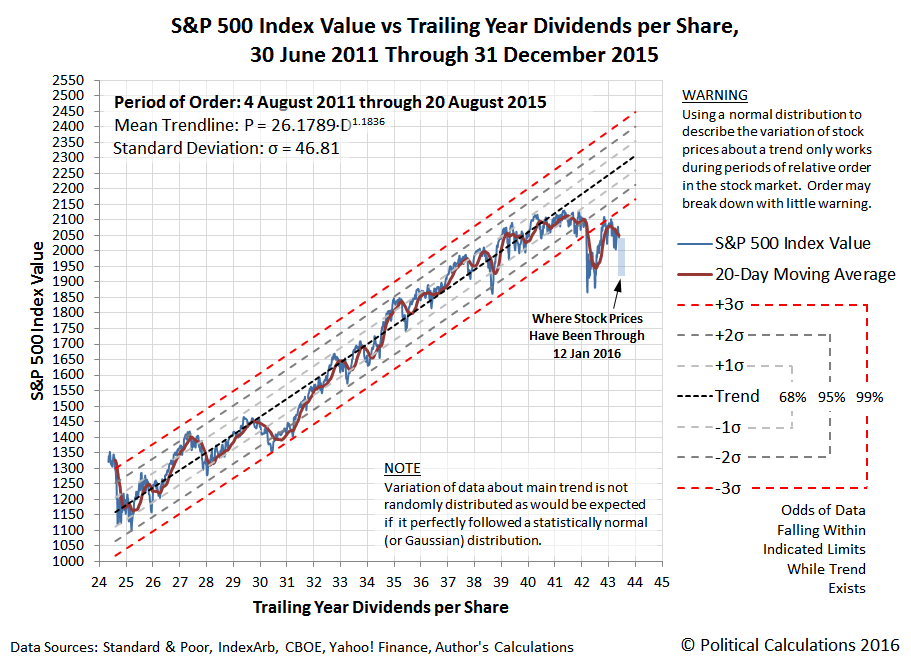 To put the new period of chaos into context, the chart below shows each of the nine major periods of order or chaos in the U.S. stock market for each month in the 24 years spanning from December 1991 through December 2015. 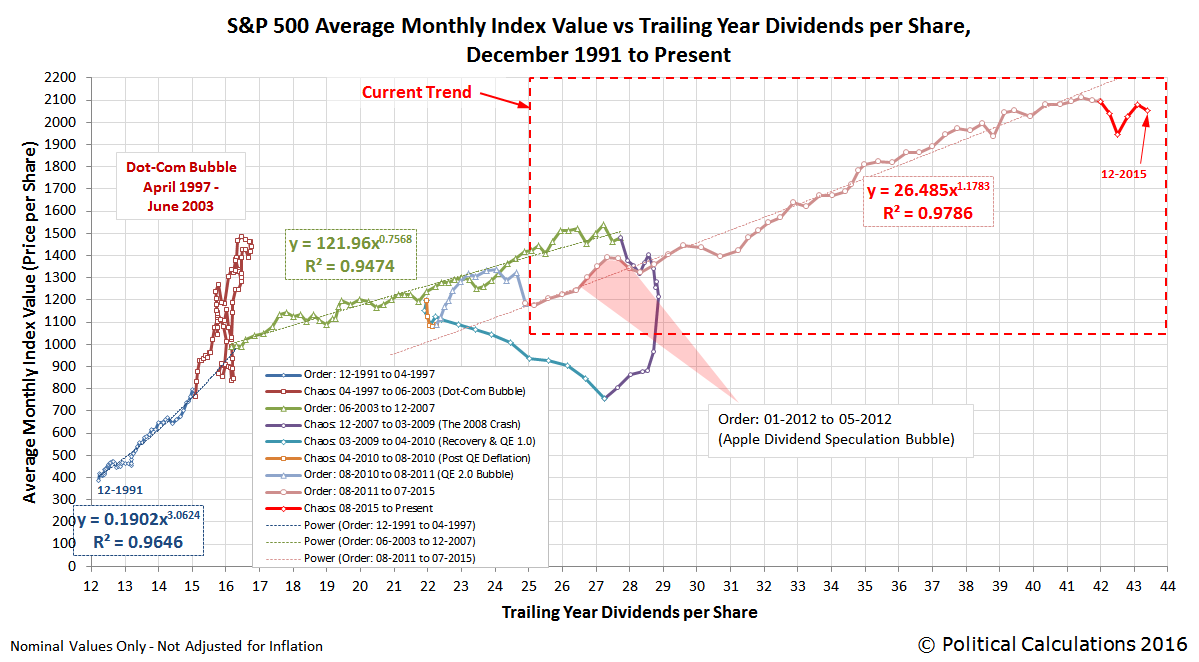 At present, the new period of chaos in the S&P 500 is fairly similar to that observed in late 2007 and early 2008, when what had been a five and half-long period of order in the market broke down and entered a period of chaos. After order initially broke down, stock prices proceeded to move sideways for a number of months before large U.S. firms began cutting their cash dividend payments to investors, which is what prompted the historic collapse of stock prices in 2008.

That's one reason why it is vitally important to keep track of the number of companies announcing dividend cuts each month, where we are still awaiting the final totals for December 2015 from Standard and Poor, which at this writing, has not yet updated its S&P 500 Monthly Dividend Report [Excel spreadsheet] beyond the end of November 2015. We have found that figure is one of the simplest and most powerful indicators of the relative health of the U.S. economy.

It is also important to track the magnitude of changes in the rate of growth of expected future dividends, because the changes in stock prices that result will be directly proportional to those changes.