In the United States, there are more than 30 minimum wages. The chart below shows the evolution of state level minimum wages that have risen above the level set by the U.S. federal government in the years from 1994 through 2016. 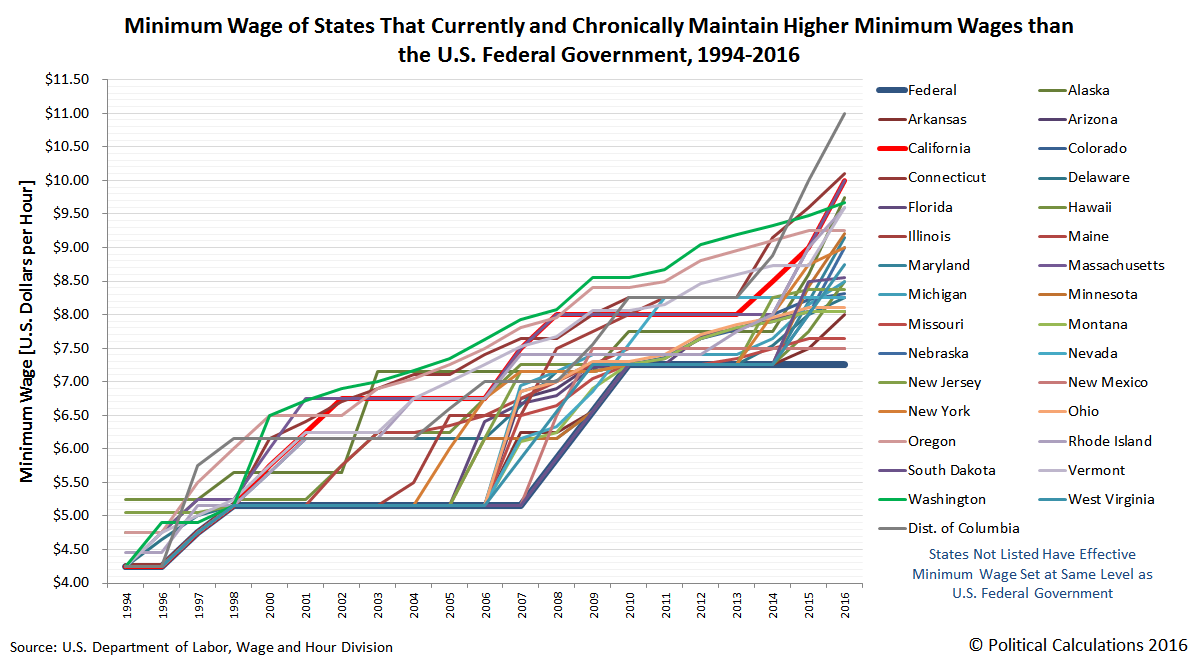