The U.S. Federal Reserve released its latest Flow of Funds report for the U.S. economy on 10 March 2016. Let's run through a short checklist to see what it tells us of the relative health of the U.S. economy.... 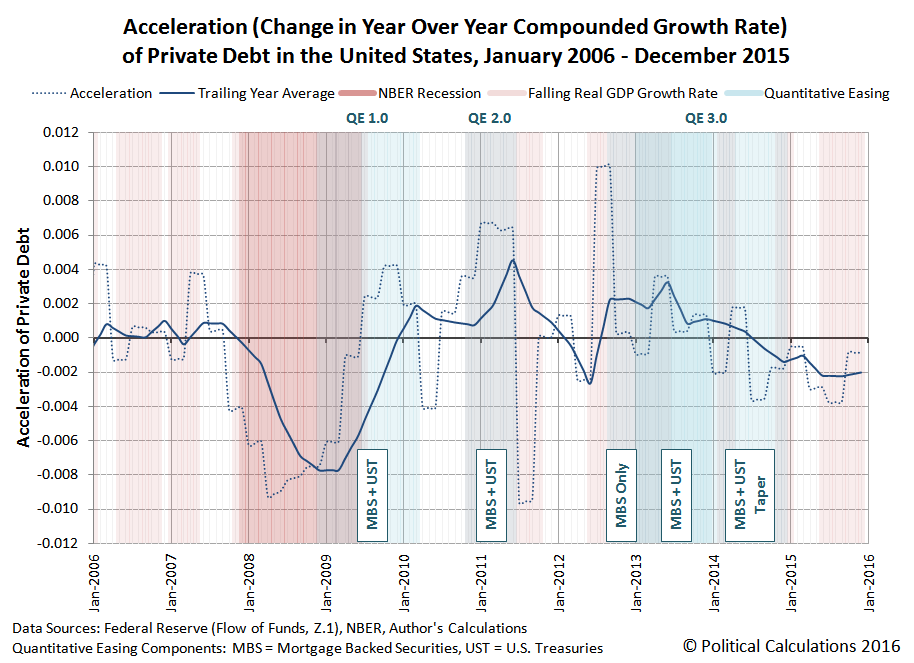 If you look closely at the latest data in the chart above, there is reason for optimism. The rate at which the acceleration of private sector debt in the U.S. is falling is itself decelerating, or at least it was through the final quarter of 2015. That positive jerk (or impulse), if sustained, points to a higher real GDP growth rate for the U.S. economy in the near future.