Through Friday, 22 April 2016, the pace at which publicly-traded U.S. companies are cutting their dividends is much higher than what was recorded at the same point of time during the first quarter of 2016. 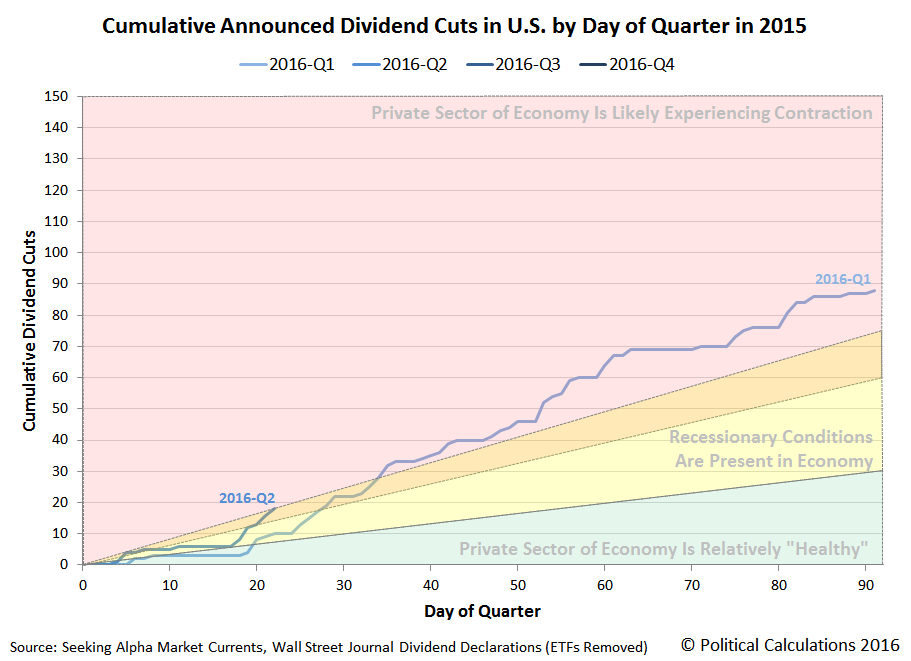 But compared to a year ago, the rate at which U.S. firms are cutting dividends is about the same, if slightly ahead of schedule on account of the way that weekends and holidays are falling in the current year. 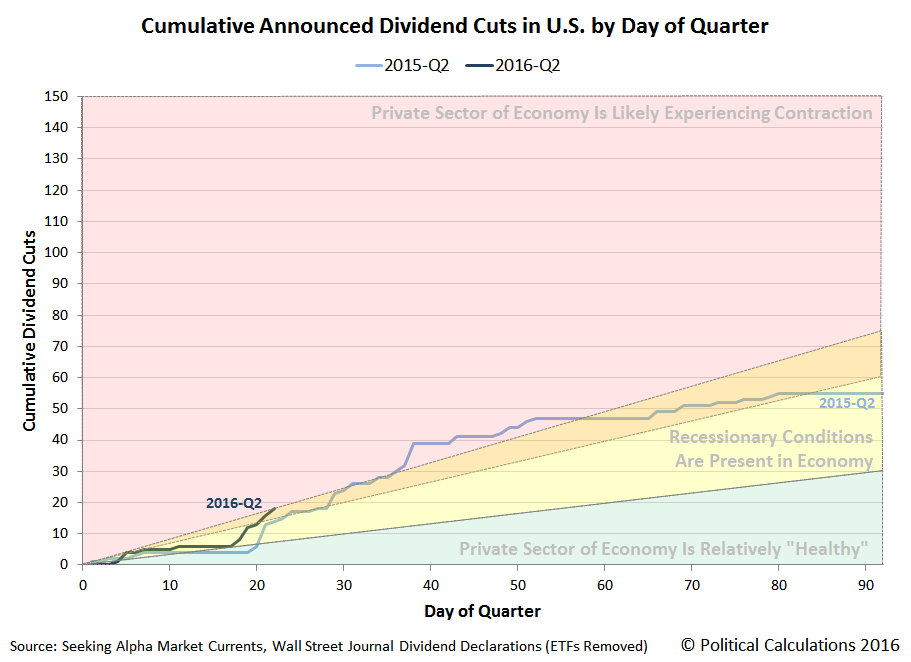 In 2015-Q2, although the quarter started off sluggishly, economic conditions improved as the quarter went on, which was reflected in a slowing rate for newly announced dividend cuts. Which ideally should be the case following the immediately preceding quarters that have been characterized by an elevated number of announced dividend cuts, particularly for firms that set the amounts of their cash dividend payments independently of their earnings. Simply put, if they assess their business' outlook for the future adequately, they shouldn't need to take the painful action of announcing further dividend cuts.

One company that has announced a dividend cut in 2016-Q2 didn't pass that test: Noble Corporation (NYSE: NE), which had previously announced a significant dividend cut in October 2015. The company's owners and management had previously reduced their quarterly dividend by 60% from $0.375 per share to $0.15 per share, which has now been decreased by 87.6% from that lower level to $0.02 per share as the company attempts to improve its fiscal situation.

So far in 2016-Q2, we've acquired a sample of 18 firms announcing dividend cuts, 13 of which are unsurprisingly in the oil and gas industries, 2 in finance, and 1 each in the mining, technology and real estate investment trust sectors of the stock market. Through the same number of days of trading in 2015-Q2, we saw 15 firms announce dividend cuts a year ago, with 12 in the oil industry and 3 in the mining industry. The economic distress in 2016-Q2 is therefore still largely concentrated in the oil sector, but is more broad-based than we observed a year ago.

Meanwhile, as expected, the S&P 500 did little more that largely move sideways during the third week of April 2016. 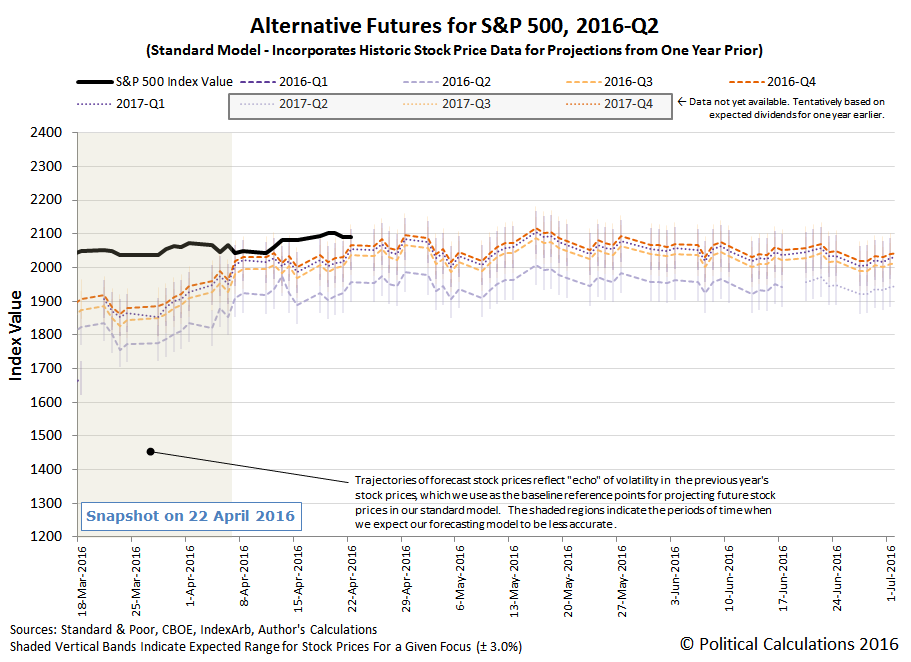 For reference, here are the week's most influential headlines, which when combined with the expectations that investors have for the future, largely explain why the S&P 500 went mostly nowhere during Week 3 of April 2016.