We have been periodically tracking the statistical trends for the number of new jobless claims in the United States, at both the national level and also at the subnational level. Today, we're going to update what we're seeing in the data. 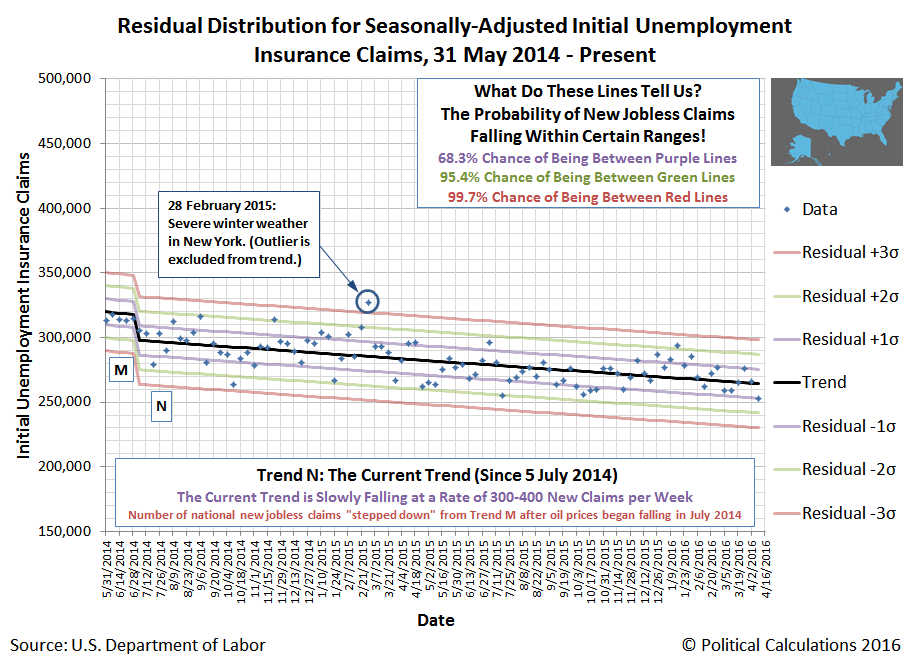 But that falling trend hasn't been shared everywhere. Looking at the eight states whose economies include significant, high-cost oil production operations, we see what has been a nearly flat trend, as the economic benefits from lower oil prices, which have reduced the number of layoffs in other industries, have been largely offset by increased layoffs from the oil industry. 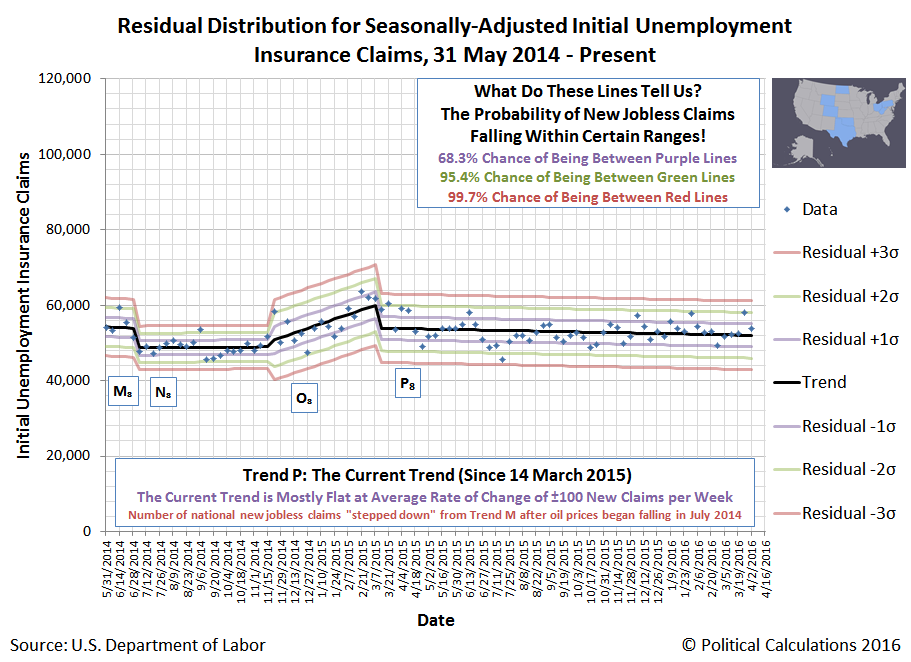 Since October 2015, we see that the number of layoffs have skewed above the overall trend line for these eight states (Colorado, North Dakota, Ohio, Oklahoma, Pennsylvania, Texas, West Virginia and Wyoming), but not so much as yet to clearly indicate a break in the overall trend.

By contrast, we did observe a break in trend for the other 42 states from late November 2015 into early January 2016, which appears to have since dissipated, as the overall falling trend of 400-500 fewer new jobless claims being filed each week appears to have resumed. 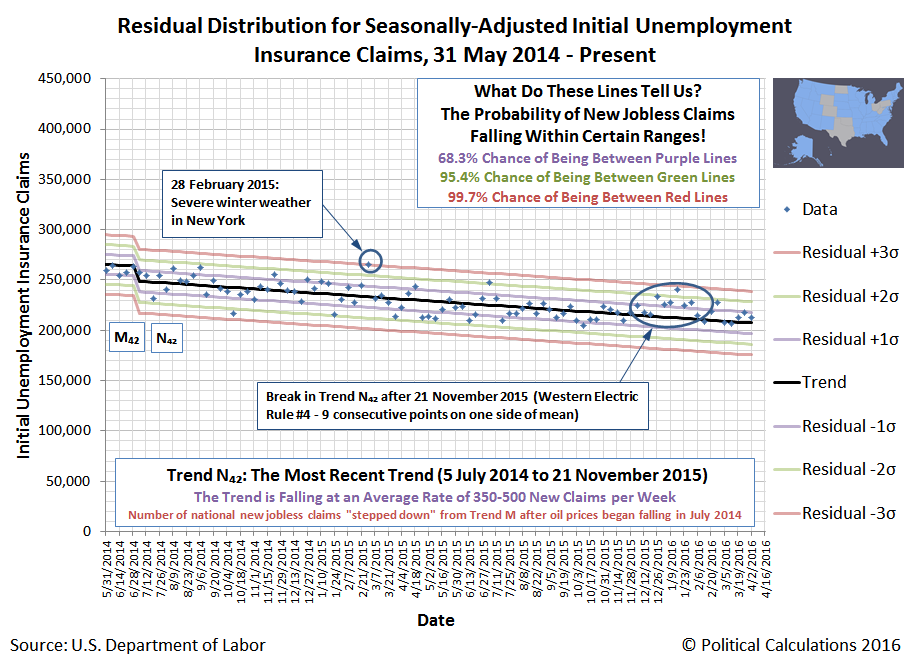 We previously observed that much of the break in trend took place in states whose economies include significant contributions from the agriculture and finance industries, which have since returned to their overall trend.

Which brings us to the one state where strange things are happening with the data it has been reporting each week: California. 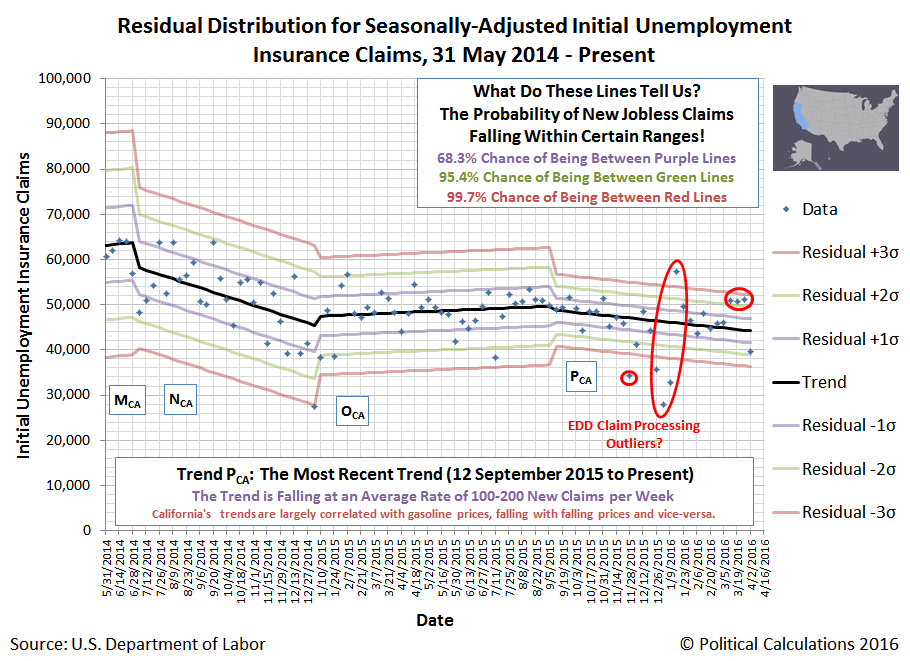 We've revisited our entire analysis for this state, where the data reported since January 2016 suggests that California's Economic Development Department experienced significant difficulty processing initial unemployment insurance claims being filed from the Thanksgiving holiday weekend in November 2015 through early January 2016, which we can confirm by the statistically improbable large swings in the number of claims being processed each week during this time.

California's Economic Development Department has previously had significant issues with processing claims, which made the news over a year ago before the department's staff seemed to overcome its problems, but what we see in the data being reported each week indicates that they had a recurrence, which appears to have continued through 2 April 2016.

And because those newer problems haven't been reported anywhere else in the media that we can find, means that instead of just analyzing information, we're actually breaking news that no other news organization has reported!

What can we say? We scoop the entire mainstream media from time to time!