In the first quarter of 2016, the preliminary monthly data for the number and value of new home sales throughout the United States indicates that the growth of the U.S. new home market has stalled out with respect to the previous quarter.

This is true when we look at the trailing twelve month average of the market capitalization of all new homes sold in the U.S. in nominal U.S. dollars. 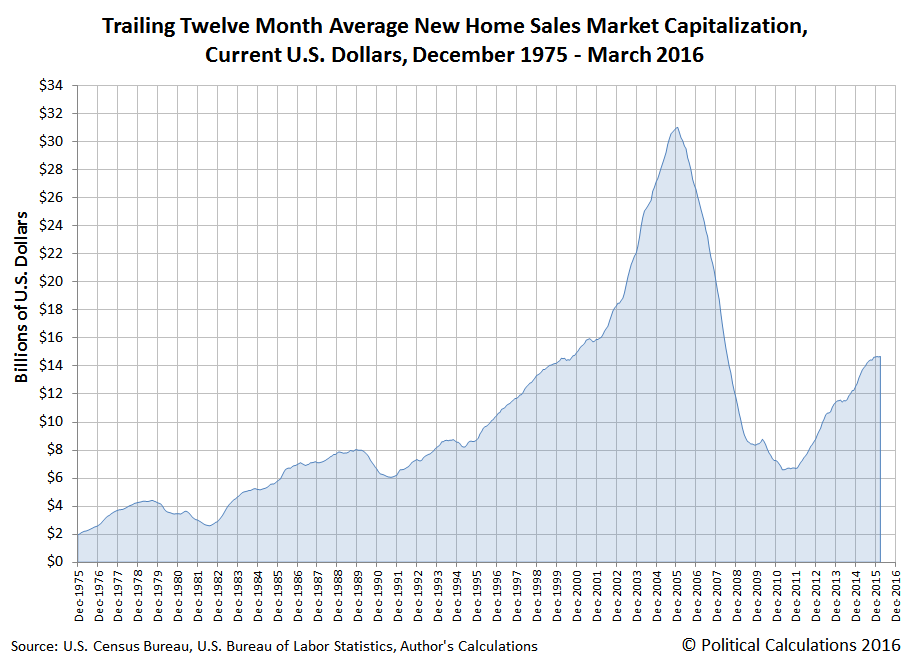 And it is also true when we adjust the nominal values to account for the effect of inflation to be in terms of constant March 2016 U.S. dollars, as measured by the Consumer Price Index for All Urban Consumers in All Cities. 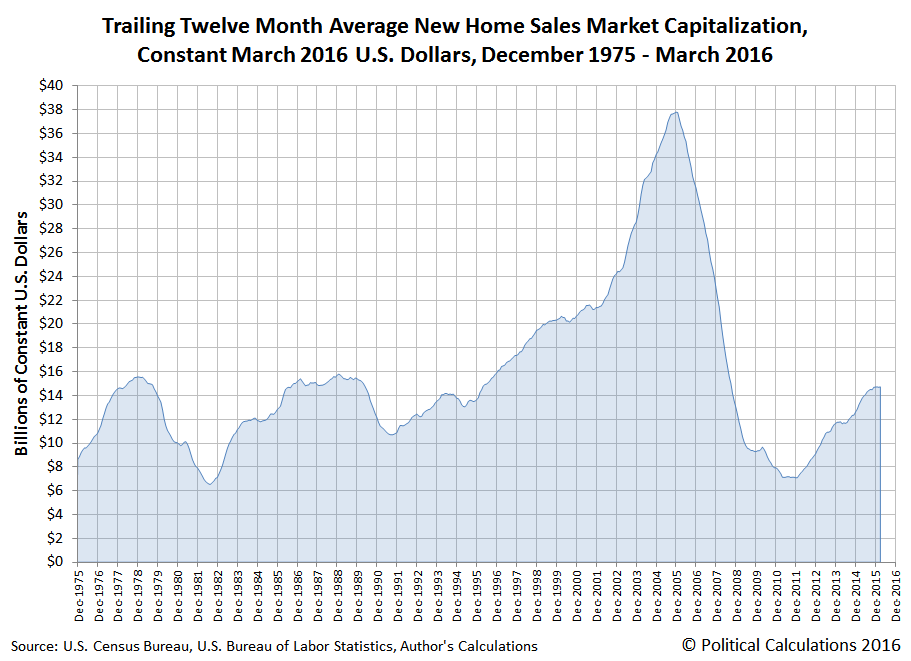 What that means is that the new home market has not grown enough in the first quarter of 2016 to make much of a positive contribution to the nation's GDP, as compared to the level that was recorded at the end of the fourth quarter of 2015.

In terms of constant March 2016 U.S. dollars, the trailing twelve month average of the market capitalization for the U.S. new home market stood at $14.73 billion dollars at the end of December 2015. Three months later, the preliminary data stands at $14.74 billion dollars, suggesting that the entire U.S. new home market grew at annualized rate of just 0.28% during the first quarter of 2016.

By contrast, the inflation-adjusted annualized growth rate of the market capitalization of the U.S. new home market for the four preceding quarters is as follows:

That deceleration to near-zero growth is what we mean when we say that the growth of the U.S. housing industry has stalled out. If it slows down any further, the industry may be reasonably considered to be in recession, joining the U.S. oil industry in that state of distress. Based on the preliminary data, it is safe to say that it is teetering on the edge of recession.

The data for the months covering the first quarter of 2016 will be subject to revision during the next several months, so depending upon how those revisions play out, it is quite possible that the industry may already be in recession. We'll be able to make that determination after the third estimates for the quantity of new homes sold and their average value are reported near the end of June 2016.