What does the stalling out of the U.S. new home market mean for the buyers of new homes in the United States?

For U.S. home buyers, it means that new homes are very, very, very slowly becoming slightly more affordable as household incomes slowly rise. The following chart shows the trailing year averages of both median new home sale prices and median household incomes for each month since December 2000 illustrates how the relative affordability of new homes has evolved through February 2016. We calculate the trailing year average of both measures to smooth out the volatility that arises from sampling errors in the original source data collected and reported by the U.S. Census Bureau (median new home prices) and Sentier Research (median household income) each month. 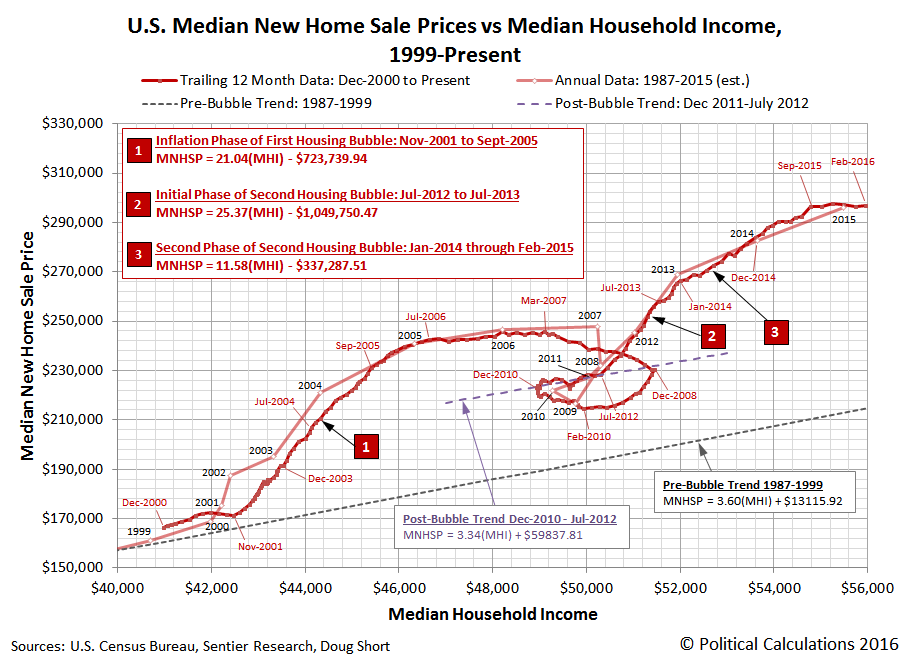 Although the data for the last few months (December 2015 through February 2016) is subject to revision, the preliminary data for these months indicate that the trailing year average of the median price of new homes has been essentially flat since September 2015.

But that's not to say those values are affordable. If we consider the relationship that existed between the median price of new homes and median household incomes during the period of relative stability that preceded the onset of the first U.S. housing bubble, from 1987 through 1999, the preliminary median new home price of $297,042 in February 2016 is a little over $82,500 more unaffordable than what a household with the same median income of $56,949 would expect to pay for a median new home if that pre-housing bubble relationship still held today. 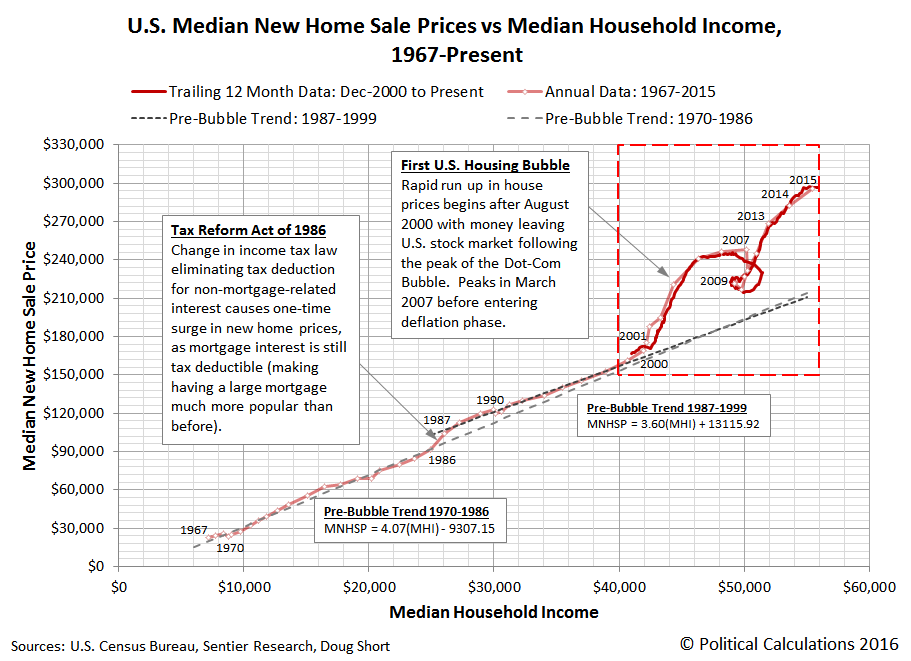 As for why the median new home sale price in the U.S. is $82,500 higher today than what they would be if the pre-U.S. housing bubble relationship between median home prices and median incomes still held, it comes down to the old real estate axiom of what determines the value of a house in the first place: location, location, location, although probably not in the way that you would first think.

Sentier Research. Household Income Trends: February 2016. [PDF Document]. 31 March 2016. [Note: We have converted all the older inflation-adjusted values presented in this source to be in terms of their original, nominal values (a.k.a. "current U.S. dollars") for use in our charts, which means that we have a true apples-to-apples basis for pairing this data with the median new home sale price data reported by the U.S. Census Bureau.]