It seems strange to refer to a trading week that began with Monday, 7 April as "Week 1" of the month of April, but we're stuck with it because we referred to the previous week as "Week 5" of March 2016!.

But now that it is in the rear view mirror, let's take this opportunity to look at the big picture for the S&P 500 in 2016. 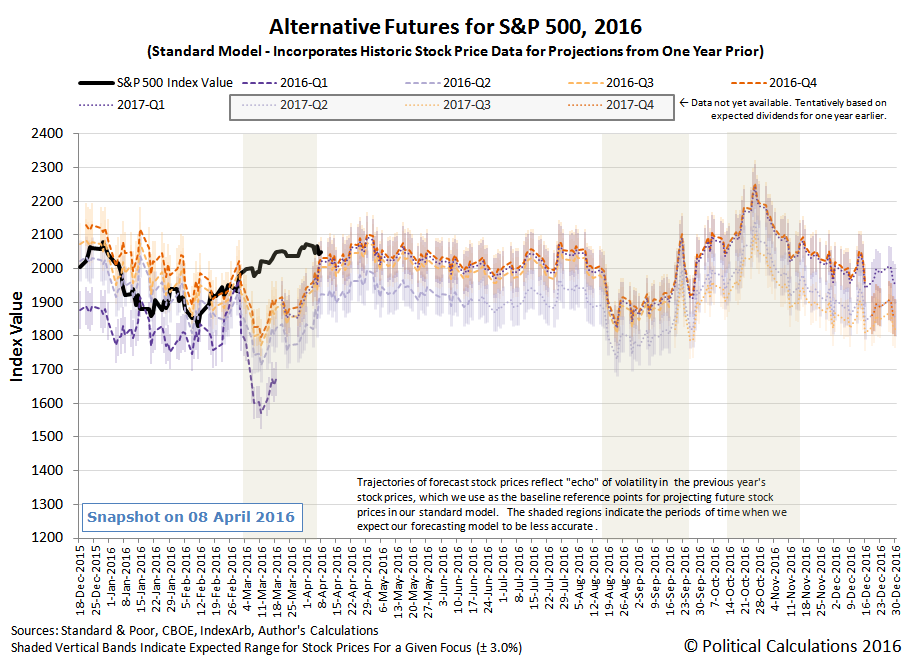 Overall, the remainder of the year ahead looks like a whole lot of sideways. At least up until we get to the anniversary of the August 2015 China crash, which is when the historic stock prices we use as base reference points for projecting the future trajectory of the S&P 500 in our futures-based model will once again negatively affect its accuracy. Just as the less severe level of volatility in stock prices from a year earlier impacted its accuracy in the period from 2 March 2016 through 6 April 2016.

The good news is that compared to the first quarter, our model forecasts a narrower range for potential volatility in the S&P 500 during 2016-Q2, which is something we'll explore in greater depth later this week.

Let's zoom in now on what the alternative future for 2016-Q2 looks like. 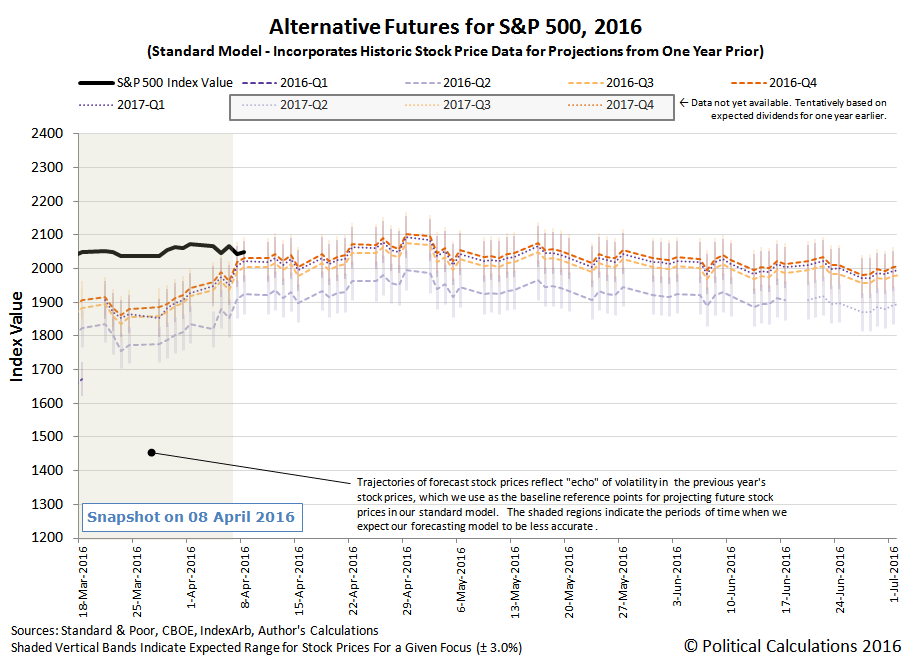 As expected, the actual trajectory of stock prices converged with our model's forecast associated with investors being focused on the distant future of the fourth quarter of 2016 following the dissipation of the echo effect upon our model last week, if a bit on the high side. This outcome is consistent with the expectation of stock market investors that the Fed's next short term interest rate hike would most likely take place in that quarter, which was reinforced by last week's market moving news.

For historical reference, here are the headlines that stood out to us during the previous week.

They certainly need it. From our perspective, the worst case scenario for the S&P 500 in 2016-Q2 would involve investors being prompted by the Fed's new forward guidance to suddenly shift their forward-looking focus from 2016-Q4 to the current quarter of 2016-Q2, which would send stock prices considerably lower than they are today.

That possibility leads to some interesting questions for investors. What is the actual probability of that happening? And how might an investor take advantage of such a situation if it were to play out, even if it now appears to be a low probability event?