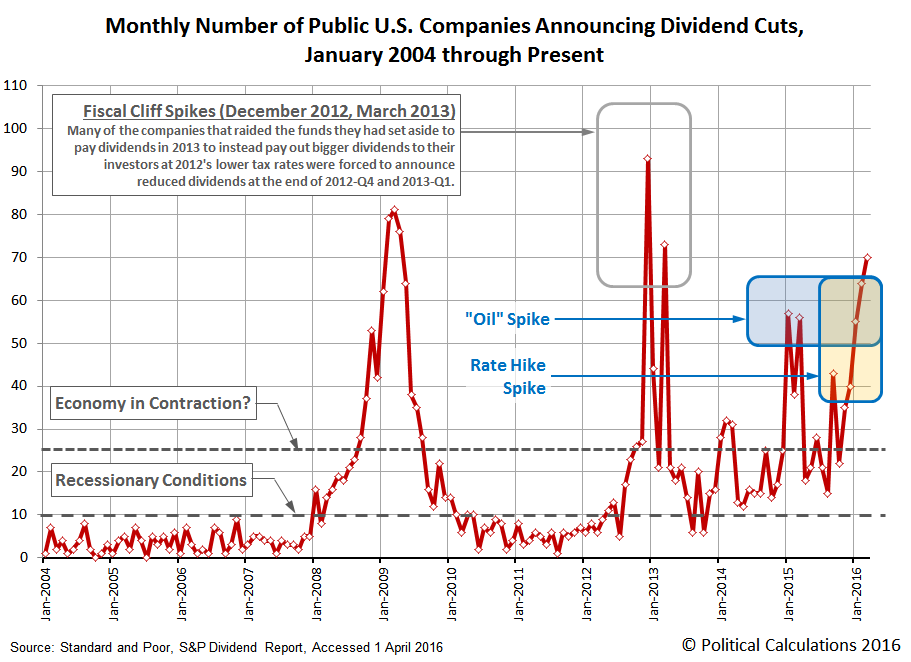 We sampled some 88 of the dividend declarations that were made throughout the first quarter of 2016. The following chart illustrates the industries that experienced a high enough level of economic distress to prompt the dividend cut announcements during the quarter. 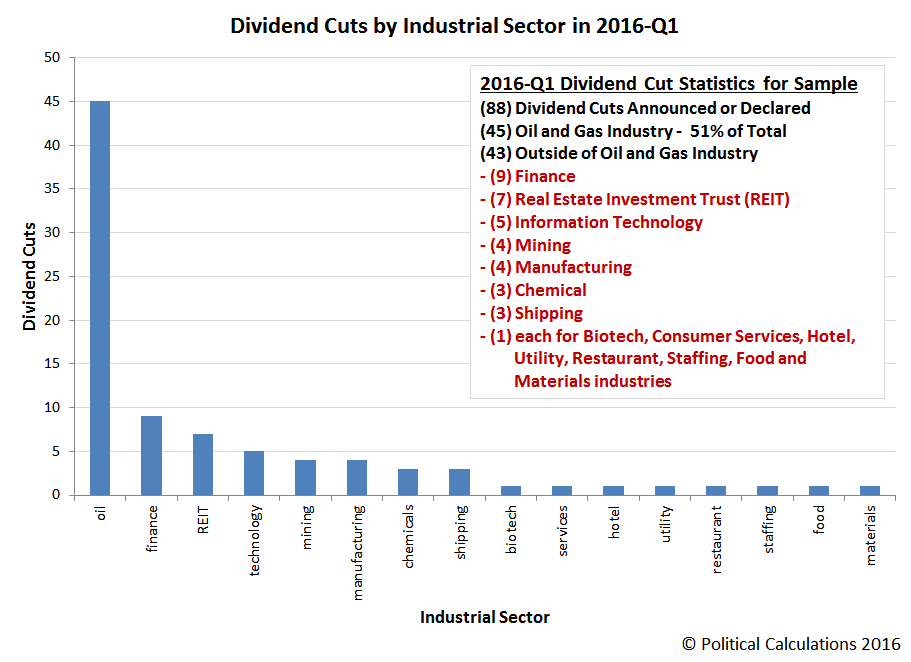 Overall, we find that 51% of the distress recorded through dividend cuts in 2016-Q1 were concentrated in the Oil industry, while the other 49% were spread among some 15 other industries, with the Finance, Real Estate Investment Trusts (REITs), Information Technology, Mining, and Manufacturing sectors of the U.S. economy making up two thirds of the remaining number of companies counted in our sample. 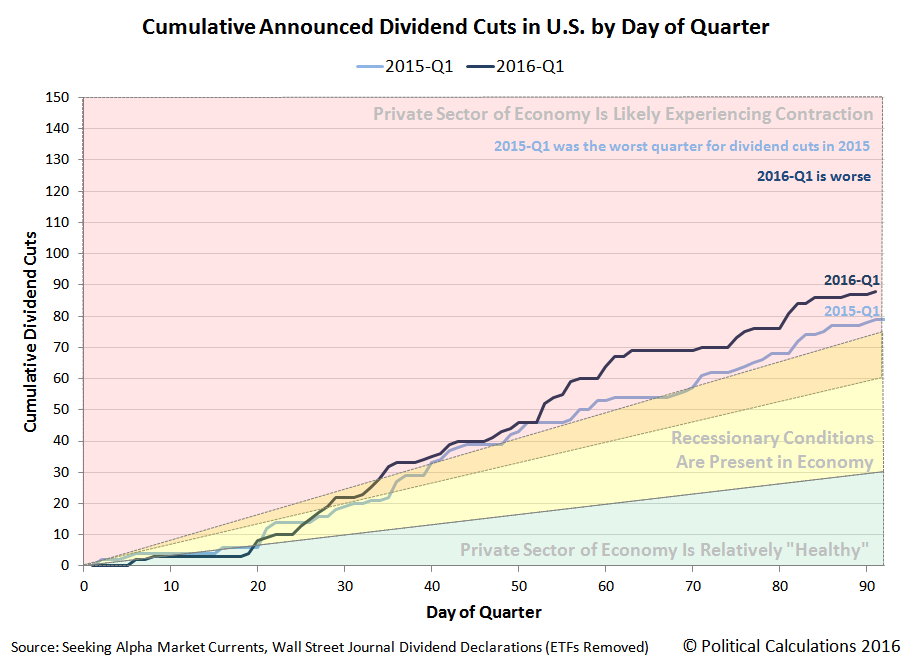 The number of companies announcing dividend cuts is perhaps the simplest and most powerful near real-time measure of distress in the U.S. economy. As such, it should be considered to be a slightly lagging indicator of the relative health of the distressed sectors within the economy.

That said, what we observe in the number of dividend cuts announced during the first quarter of 2016 is consistent with a significant degree of economic contraction occurring within the United States. At the very least, the U.S. economy is continuing to experience a microrecession, where only the scale and scope of the distress present in the economy might be considered to separate the current economic situation from one that the National Bureau of Economic Research might recognize as a full-bore recession.