Political Calculations
Unexpectedly Intriguing!
May 17, 2016
The Priorities of the TSA

Visually confirmed by a traveler at Chicago's Midway Airport (MDW), five days ago, but repeated many times in many places in the days since:

Here is what the hapless head of the U.S. Department of Homeland Security, Jeh Johnson, has to say about what he plans to do to fix the U.S. Transportation Security Administration's geographically expanding problems with has been described as "inevitable" recurring delays at security check lines, and what he believes that U.S. travelers should have to do:

But Johnson warned that wait times are inevitable during the busy summer travel season.

“We encourage people to have the appropriate expectations when they arrive at airports,” Johnson said at a press conference at Reagan National Airport outside Washington. “Contemplate increased wait times as you travel.”

Why, that might take some kind of communication with the shrinking number of airlines that sell tickets to people doing that kind of travel often well in advance of their actual travel, wouldn't it?

But then, the people who would need to use that information to competently plan staffing levels for the TSA's air travel screening programs at the nation's airports would appear to have other priorities than paying attention to the needs of U.S. travelers.

Some would say that the chart above represents real world evidence that the senior management at both the TSA and the Department of Homeland Security are apparently incapable of planning their way out of a wet paper bag.

If only they had had more money to spend this year. Oh wait, they do.... 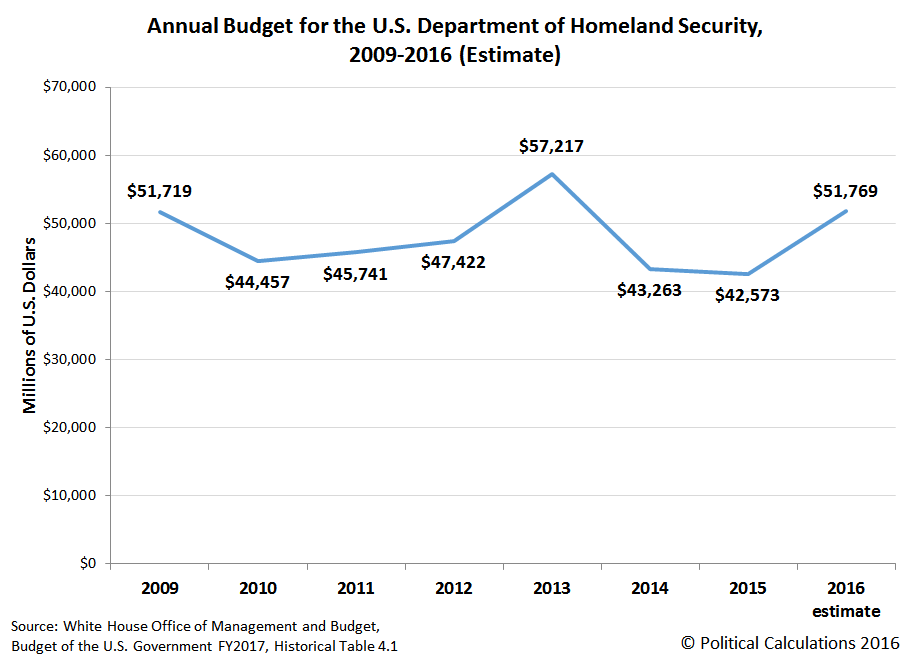 The problem isn't money. It's priorities.