Did you ever get the feeling that maybe what the Fed really wants is for everyone to be trapped in the amber of uncertainty?

After spending the last two weeks pounding home the message in the press that the one thing that the Fed really, absolutely, positively and for sure wants to do is to crank up short term interest rates, Week 1 of June 2016 threw a spanner into the works of the Fed's mice and minions.

And all it took was just one jobs report and the remarkably timed comments of just one of the Fed's minions - the one we call "Tim".

But that occurrence only confirms something we had been seeing over the last several days in our alternative futures chart - the one we use to determine how far forward in time investors are looking. As the drumbeat for a rate hike sooner kept growing louder, stock prices behaved much more consistently with the scenario that investors were looking even further out into the future than they have at any other point in the past year - to the very distant future of 2017-Q1. 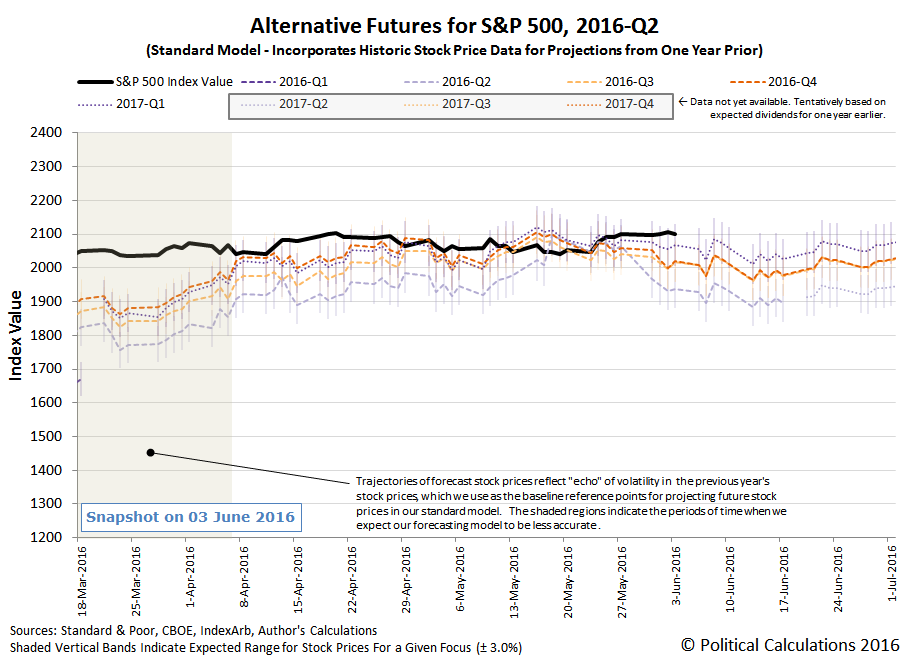 That is why stock prices didn't collapse when the awful May 2016 jobs report came out - investors were already focusing on that distant future point of time. Paradoxically, if the jobs report had been strong, stock prices would likely have fallen much further, as investors would have been compelled to focus on the nearer term future.

That will likely continue focusing on the distant future until investors have a good reason to rein in their outlook to the nearer term. Perhaps if Janet Yellen can get the Fed's minions to start doing things that enhance their credibility?...

Meanwhile, here the major headlines of note from Week 1 of June 2016.