Let's answer those questions visually, first with our chart showing both the number of U.S. firms that have either increased or decreased their dividends in each month from January 2004 through May 2016. 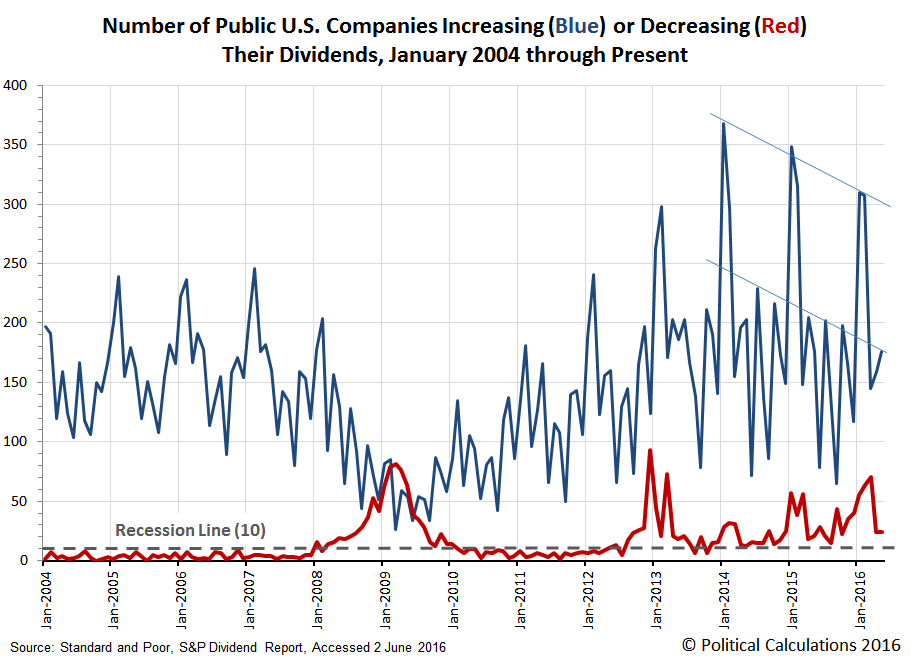 As you can see, where the number of companies increasing their dividends is concerned, a negative trend has taken hold since January 2014, with a falling number of firms acting to increase their dividends through the present.

As for the number of firms announcing dividend cuts however, we'll need to zoom in on the reported data in a second chart. 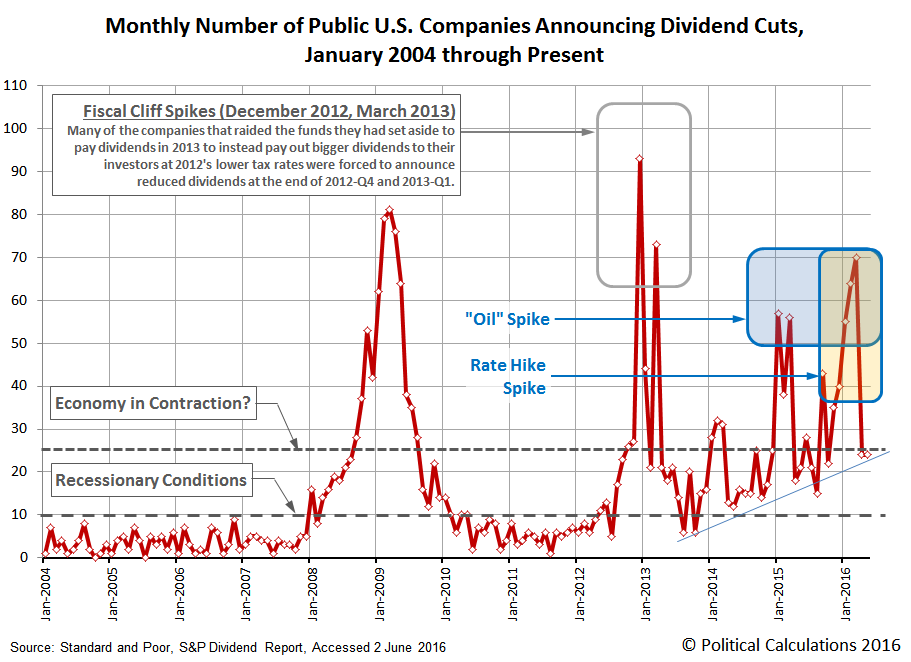 Here, we confirm that a negative trend for has taken hold since October 2013, which we see as an generally increasing number of firms announcing dividend cuts each month.

It has occurred to us however that the number of U.S. firms announcing dividend cuts might not be telling the whole story. Each month, there is also a tally of U.S. firms that have passed or omitted dividends, which represents the situation where they had been expected to pay a dividend to their shareholders, but because of financial difficulties, opted to not make any payment.

Or for that matter, to make any sort of announcement with respect to their dividend payment policies.

As a result, their numbers are not included with those firms that actually declared that they would reduce their dividends from the amounts they previously paid or planned to pay.

The following chart shows the number of U.S. firms that omitted paying dividends in each month from January 2004 through May 2016. 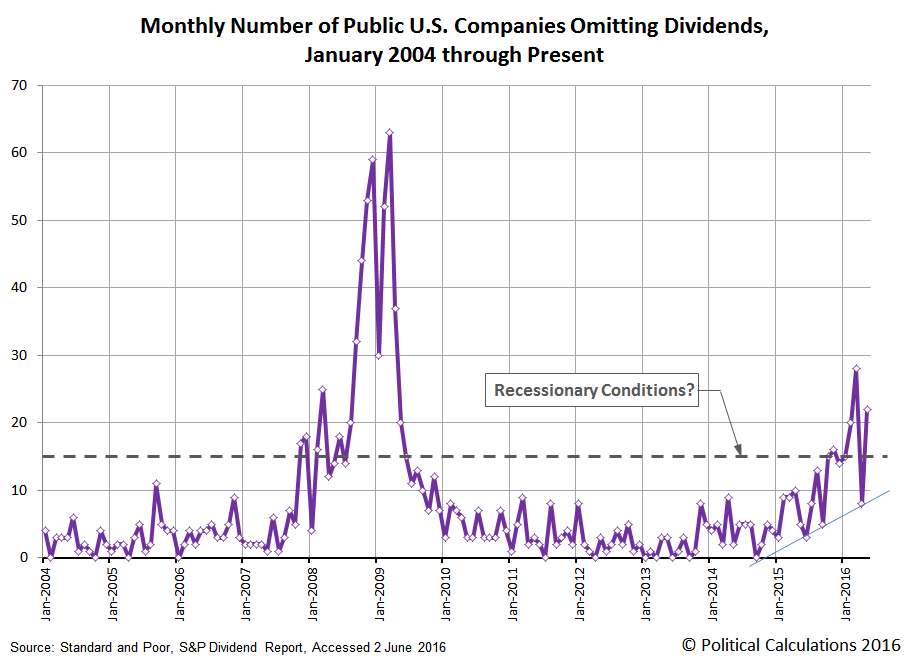 In this chart, we've indicated a key threshold of 15 firms per month to indicate the level of firms above which it would be reasonable to assert that recessionary conditions are present in the U.S. economy. This figure represents a best-guess of where that threshold might be given the timing of when the National Bureau of Economic Research officially determined the Great Recession to have begun (December 2007) and ended (June 2009).

Unfortunately, we cannot lock it down better than that given the available data and the small sample of officially-declared recessions that have taken place over the period where the monthly data for omitted dividends is available.

Still, we confirm that a negative trend has taken hold in this series of data in the period since October 2014, which we see as a generally increasing number of firms omitting their dividend payments.