It may be the simplest economic indicator there is, but there is a lot that you can determine about the health of a nation's economy from the dividend policies of the domestic firms whose stocks are traded on its stock markets.

For example, we've found that the number of firms that announce dividend cuts in a given month provides a very good, near-real time indication of how much distress there is in the U.S. economy, where dividend cut announcements lag just slightly behind the negative changes in the future outlook that managers have for their firms. 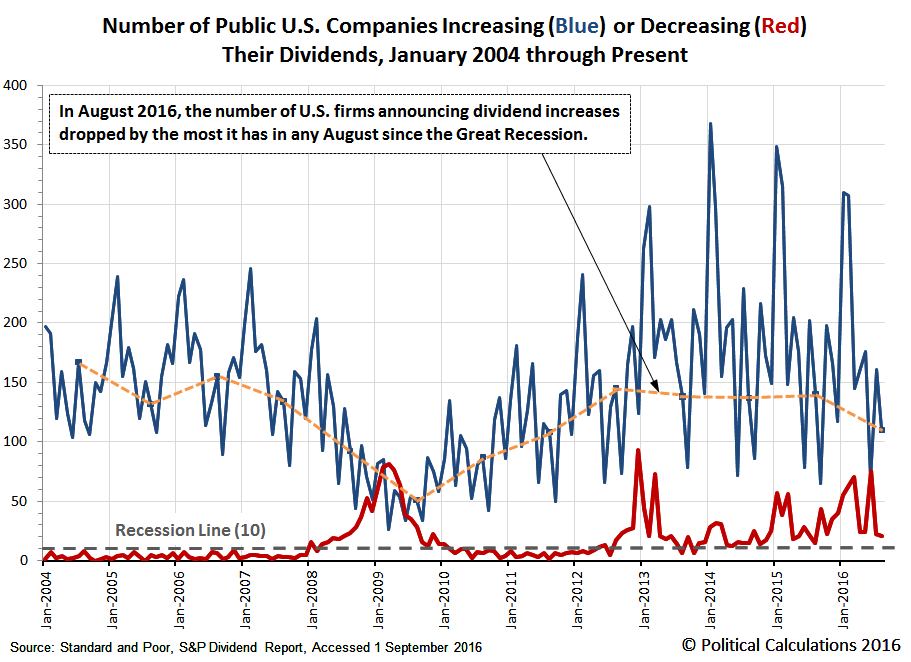 In this chart, we've connected the dots for the number of dividend increases in each August from 2004 through 2016, which gives us a sense of the year-to-year trends for dividend increases. What we find is that in August 2016, substantially fewer U.S. firms are increasing their dividends than in each of the previous four years, indicating that U.S. firms are finding it harder to take that action now than in those previous years. And in fact, the last time we see similar year-over-year declines in the number of firms increasing their dividends was back in the years from 2007 through 2009, during the Great Recession.

At the same time, the number of outright dividend cuts announced in August 2016 remains elevated. The good news here is that while the number of dividend cuts announced during August 2016 is consistent with recessionary conditions being present in the U.S. economy, it falls below the level that would be consistent with some degree of significant contraction occurring within the economy, which had been the case for much of the period from September 2015 through June 2016. 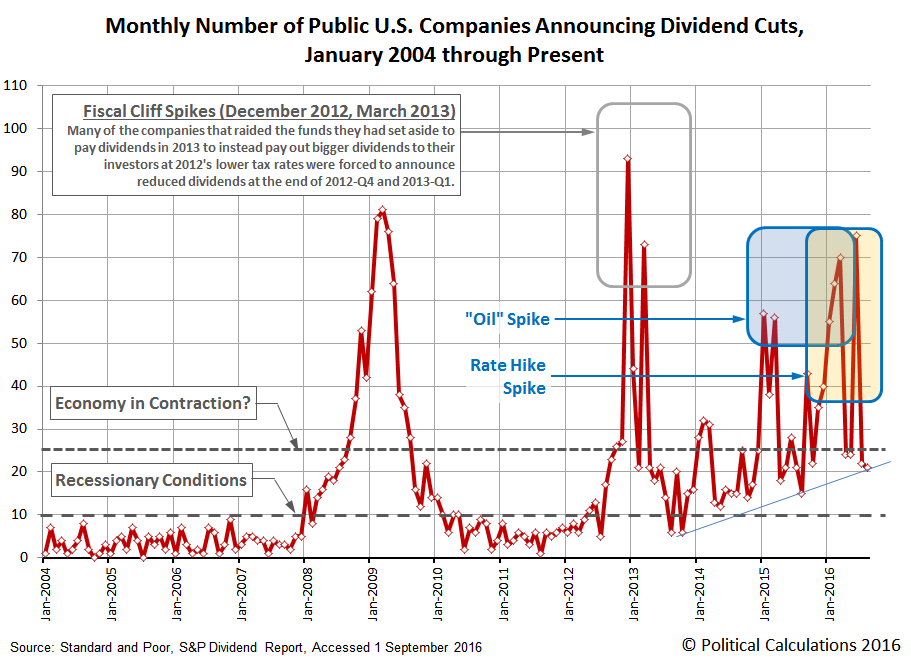 Overall, what these two developments suggest is a mixed result for the U.S. economy, where the relative health of the most distressed portions of the economy has improved in recent months, but also where both the business conditions and the future prospects for what had been the more stronger performing sectors of the economy have dimmed. The former explains why the number of dividend cuts has decreased, particularly in the highly distressed oil production sector of the economy that has rebounded with rising oil prices, while the latter explains why the number of dividend increases has simultaneously decreased, which indicates that a wider number of sectors of the economy have come to experience worsening business conditions.

Now, the scary part is that historically, September is the month in which the fewest dividend increases are recorded during the year. How scary September 2016 will prove to be is something that will bear watching.