August 2016 was a very long and very uneventful month for the S&P 500. About the most notable thing about the month from our perspective, other than the utter absence of volatility, is that our modified futures-based model appears to have performed very well in more accurately anticipating the trajectory that the S&P 500 would take all the way through Week 5 of August 2016 than our standard forecasting model. 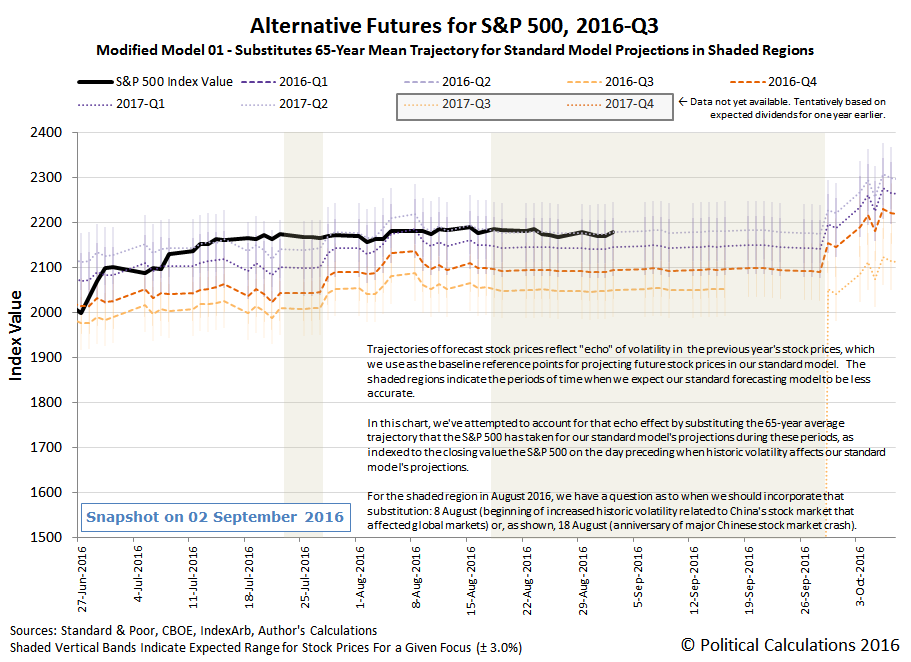 Investors appear to have maintained a strong focus on the distant future quarter of 2017-Q2 in setting their current day expectations throughout most of the month. By contrast, the projections suggested by our standard model, which incorporates historic stock prices, and thus reflects the unusually high level of volatility that defined the S&P 500 during the end of last summer, were much further away from the actual trajectory of the S&P 500. 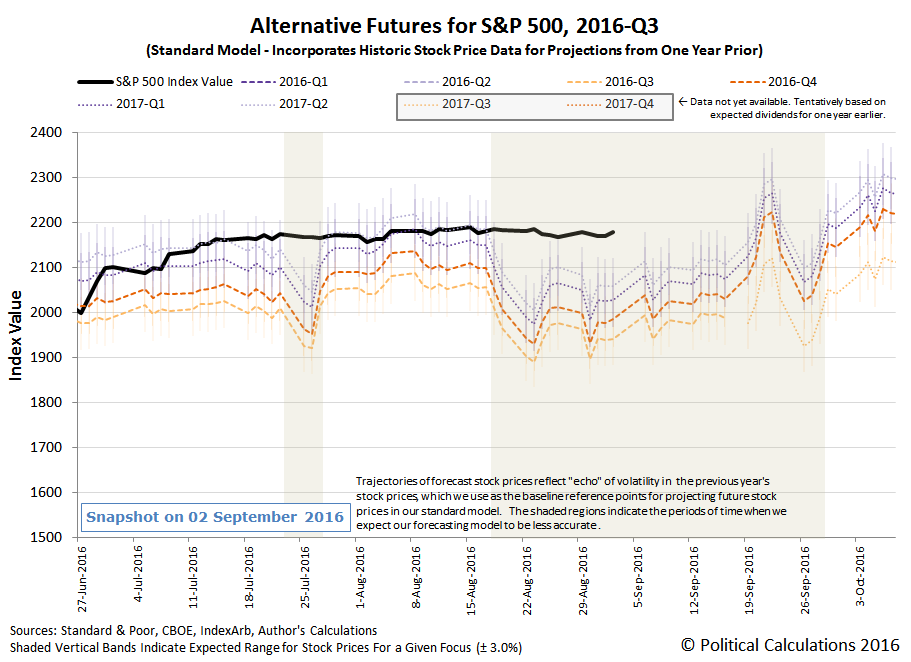 To help underscore just how little volatility there has been in the S&P 500, especially during the last few weeks, we decided to have a little bit of fun in treating our modified model's trajectory for 2017-Q2, which parallels the average actual trajectory that stock prices have taken over each of the previous 65 years, as if it were the mean trajectory about which the S&P 500's actual volatility played out during the 19 trading days from 9 August 2016 through 2 September 2016. Also keep in mind in considering the chart below that the inherent assumption that the variation in stock prices is normally distributed does not hold, especially over prolonged periods of time. 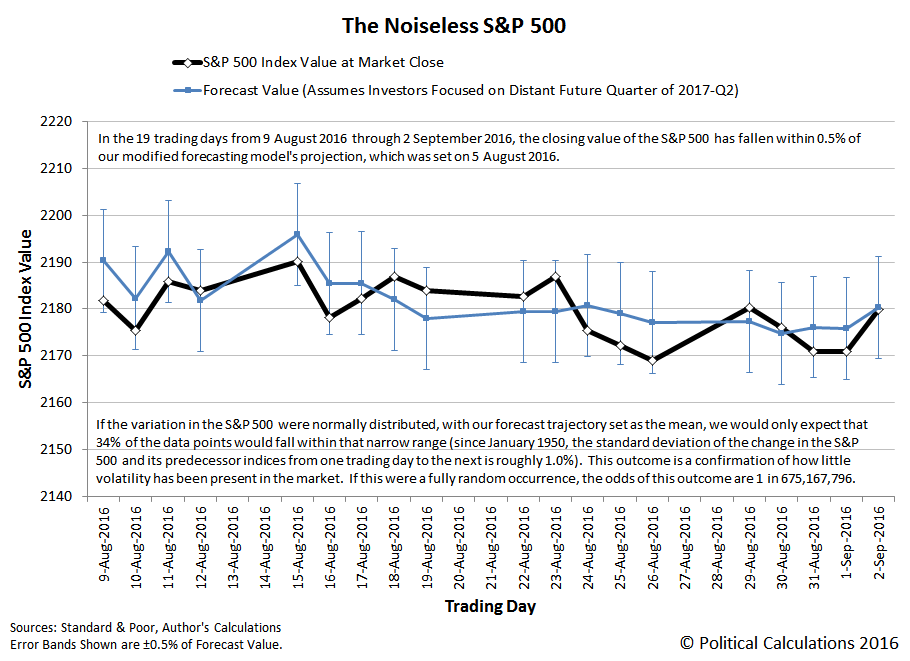 We should probably appreciate the lack of volatility while it lasts. In the meantime, here are the major market-related headlines that caught our attention during Week 5 of August 2016, which just happened to last through the second day of September 2016!

Be sure to also see Barry Ritholtz' summary of the week's positives and negatives for markets and the U.S. economy.