Technical analysts are an interesting breed. For the most part, these are people who use stock price charts to identify patterns in how stock prices have previously behaved, which they then compare to current day stock price charts to see if similar patterns have developed, where they then place speculative trades according to whether they think history might repeat itself. If they're right, they win. If they're wrong, they look for the next pattern to repeat itself.

According to at least one such analyst, the S&P 500 is acting like its about to repeat a rather dramatic period in its history:

Financial advisers and market strategists usually warn their clients that the market's performance in the past is not a reliable guide for its future moves.

But when Citi's Tom Fitzpatrick and his team overlaid the current chart of the benchmark S&P 500 with the index in 1987 — right before the crash — they got "the chills." 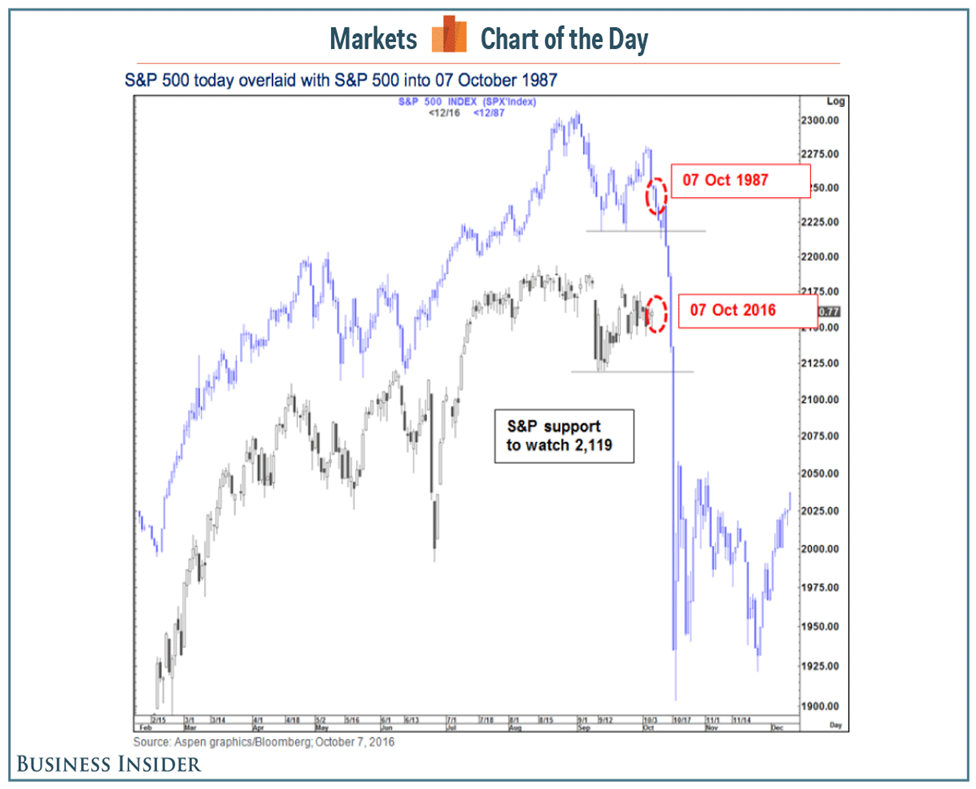 Fitzpatrick is a top strategist at Citi and studies charts of trading patterns to forecast changes in the stock market.

Still, there would appear to be a lot of similarity in the relative trajectory and day-to-day volatility of stock prices between 1987 and 2016. That's partly due to the scale invariance property of stock prices, but could there be something more to it than that? Could the S&P 500 really be on the verge of repeating the Black Monday crash of 1987? Or is the market environment of 2016 fundamentally different from that of 1987?

Let's do a quick visual comparison to find out. We mentioned scale invariance because that's a property of objects that can be characterized by power laws. Stock prices fall in that category, where we can identify the power law that exists in the relationship between them and their underlying dividends per share. In the following chart, we've shown that relationship as it applies for 2016, which has largely defined the trajectory of stock prices since 31 March 2016. 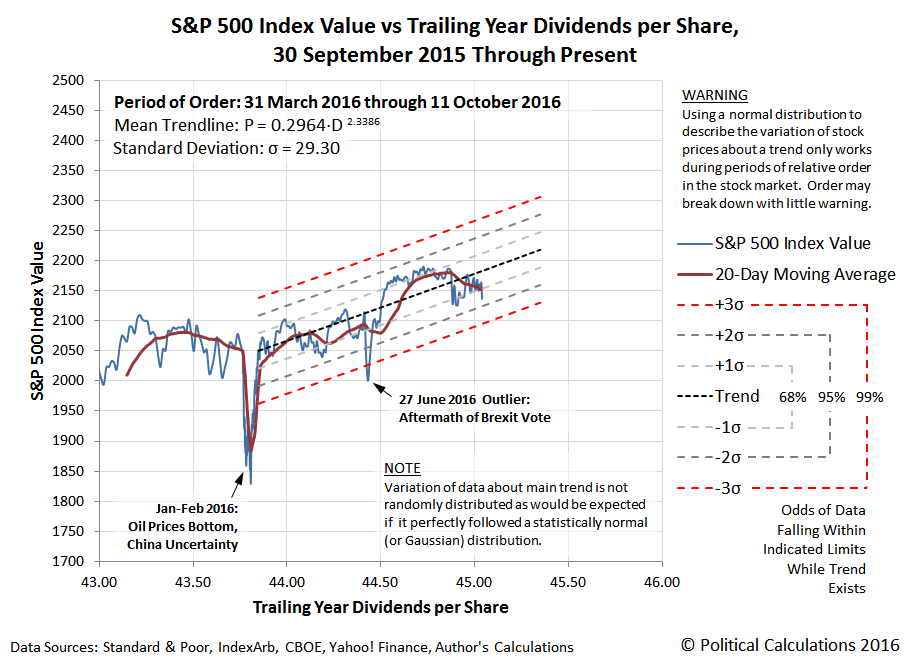 We see that since 31 March 2016, stock prices have generally followed a trajectory defined by the indicated power law relationship, with day-to-day volatility typically falling within the range of values we would expect based on their standard deviation with respect to the established trend. There is one brief outlier in June 2016, coinciding with the U.S. stock market's reaction to the unexpected outcome of the Brexit vote in the United Kingdom, which was very short-lived.

Now, compare that trajectory with the one that the S&P 500 took with respect to its underlying trailing year dividends per share back in 1987: 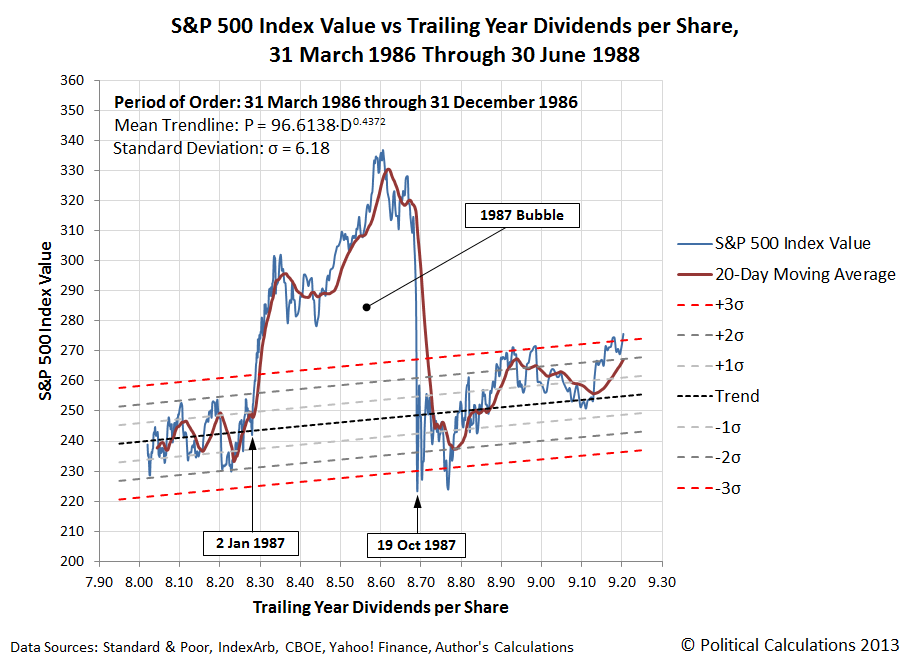 Although the apparent trajectory of the S&P 500 in 2016 is reminiscent of 1987, at its most fundamental level, it is very different, where the market of 1987 existed in an unstable environment and where 2016's market has a much stronger fundamental foundation. For an event with the magnitude of 1987's Black Monday crash to happen today, there would have to be a sudden and sustained deterioration in the expectations for future dividends in the U.S. stock market, similar to what happened in 2008, but which did not happen in 1987.

Alas, since the apparent similarity in the trajectory of the S&P 500's stock prices exists between 1987 and 2016, we'll have the leave this analysis at that. We will say however that if there were a sudden decline in stock prices without any material effect on expected future dividends as in 1987, it would perhaps represent the buying opportunity of the year.