Since we first uncovered the importance of dividend futures for anticipating future stock prices, we've been keeping track of that data on a regular basis.

Doing that has been a valuable exercise, not just because of our primary use for the data, but also because it gives us the ability to recreate what the future expectations of investors were on any trading day in the past for which we have the data.

The results are presented in the following chart: 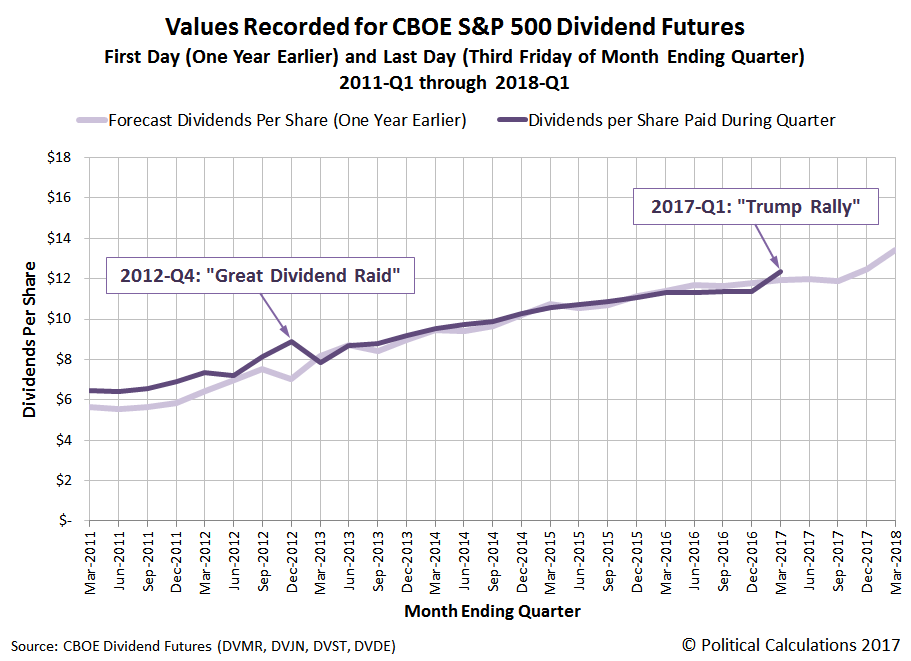 There are however two exceptions that stand out. The first is the event we've describes as "The Great Dividend Raid of 2012", where if you want to find out more about how the fear of higher dividend tax rates that were set to take effect in 2013 caused dividend payouts (and stock prices) in 2012-Q4 to surge so much higher than their initially forecast values, be sure to follow the link!

The other exception applies to the quarter whose dividend futures contract just expired last Friday, 2017-Q1, which has coincided with much of what the financial media has called the "Trump Rally", where the better than initially forecast results appear to have been fueled by improved earnings.

Sometime in the near future, we'll use our historic data on future expectations to take a closer look at the so-called Trump Rally.