Carbon dioxide. It's not just a constituent gas in the Earth's atmosphere, it's also an alternative economic indicator for the entire planet's economy!

Or at least we'd like to make it into one, with the idea that changes in human activities are accompanied by changes in energy production, where additional carbon dioxide finds its way into the atmosphere as a by-product of those activities.

To that end, the following chart shows the average Parts Per Million (PPM) of carbon dioxide that has been measured at the Mauna Loa Observatory in each month from January 1960 through June 2017. 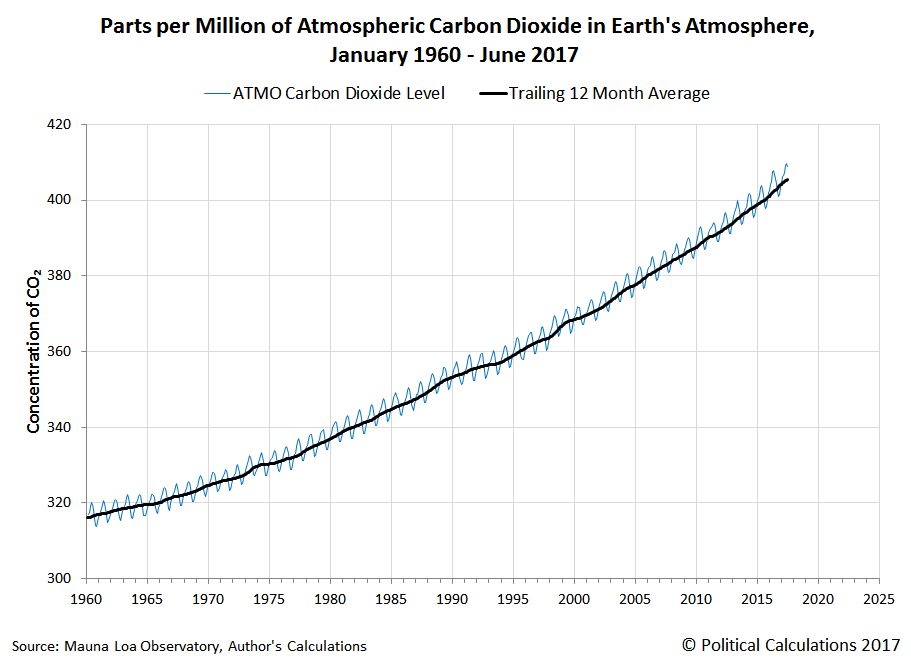 In this chart, we see both the rising trend for the concentration of atmospheric carbon dioxide along with its seasonal variation, as the amount of carbon dioxide in the air has increased with economic growth around the world. In our next chart, we'll focus just on the year over year change in the amount of CO2 measured in the Earth's atmosphere. 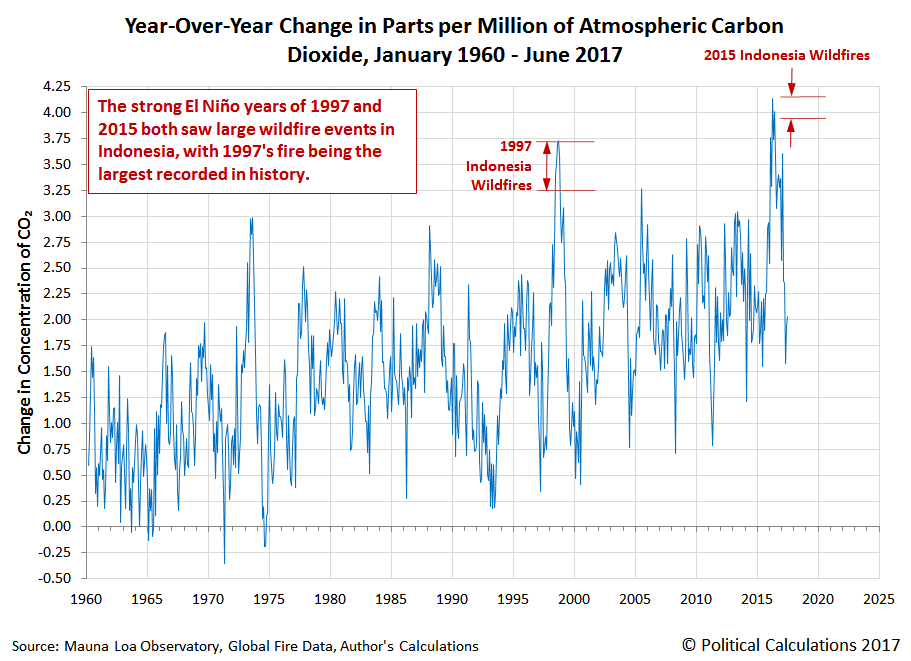 In this chart, we've identified two anomalous periods, in 1997 and in 2015, where large scale wildfires in Indonesia greatly skewed the amount of carbon dioxide entering into the Earth's atmosphere, which was subsequently measured at the Mauna Loa Observatory in Hawaii. With the end of the spike for the 2015 Indonesia wildfire, we find that the year over year change in the pace at which carbon dioxide is being added to the atmosphere has fallen back to the typical range it has been outside of anomalous events since 1997, and in fact, we find it in the lower end of that range, suggesting a cooling global economy in June 2017 after a period of growth.

We also confirm a rising trend over time in considering the bigger, longer term picture, which coincides with the economic performance of the global economy. In our next chart, we'll account for the annual seasonality in the data by calculating the trailing twelve month moving average of the year over year change data, where we'll also identify major economic events that coincided with those changes. 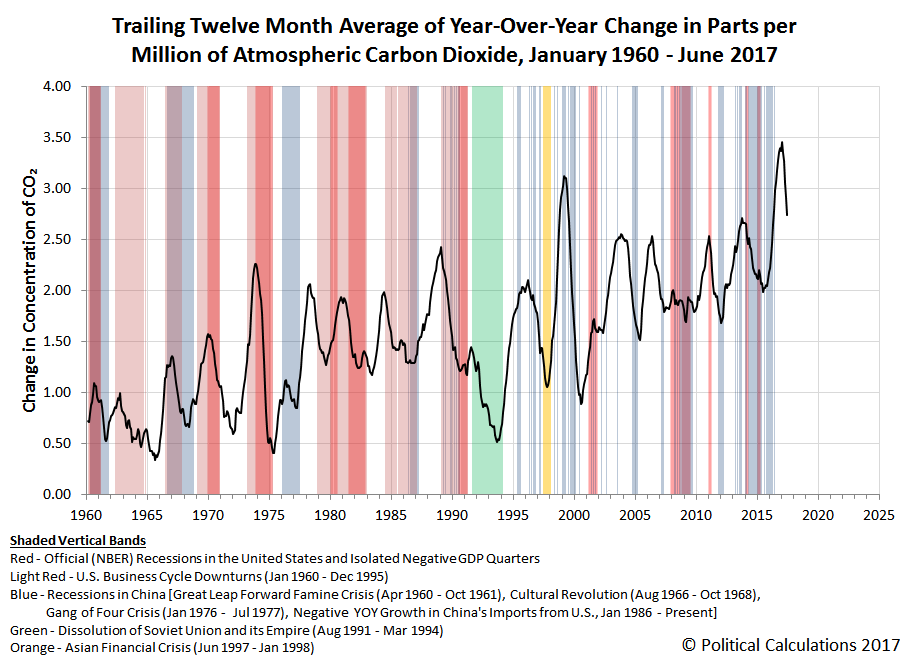 Following the end of the 2015 Indonesia wildfires effect on atmospheric carbon dioxide, the trailing twelve month average is presently falling rapidly, which will continue through much of the rest of this year as the levels of CO2 in the air resume changing in step with productive human activity around the globe and its seasonal variations.

And if you want to see where the growth has or hasn't happened, say between 2012 and 2016, check out the new nighttime map of Earth!