March 2018 saw the second-largest ever number of dividend cuts be declared by U.S. firms and funds in a single month. The month's 92 dividend cuts reported was just one shy of the record 93 cuts that were recorded during the Great Dividend Raid of 2012, when the very real threat of greatly higher taxes on dividends taking effect in 2013 prompted U.S. firms to drain money from the accounts they had set up to pay dividends in 2013 to instead pay out before the end of 2012 to avoid a major income tax hit.

At least, assuming that Standard and Poor's currently reported dividend data for March 2018 holds and isn't revised, which is something that we've seen before. Until we can confirm that number however, we're looking to our near-real time samples of dividend cut data to get more insight into what's going on with the dividend cut numbers for March 2018, which we'll follow up in the very near future.

Until then, here's the overall view showing the total number of announced dividend increases and decreases for each month from January 2004 through March 2018. 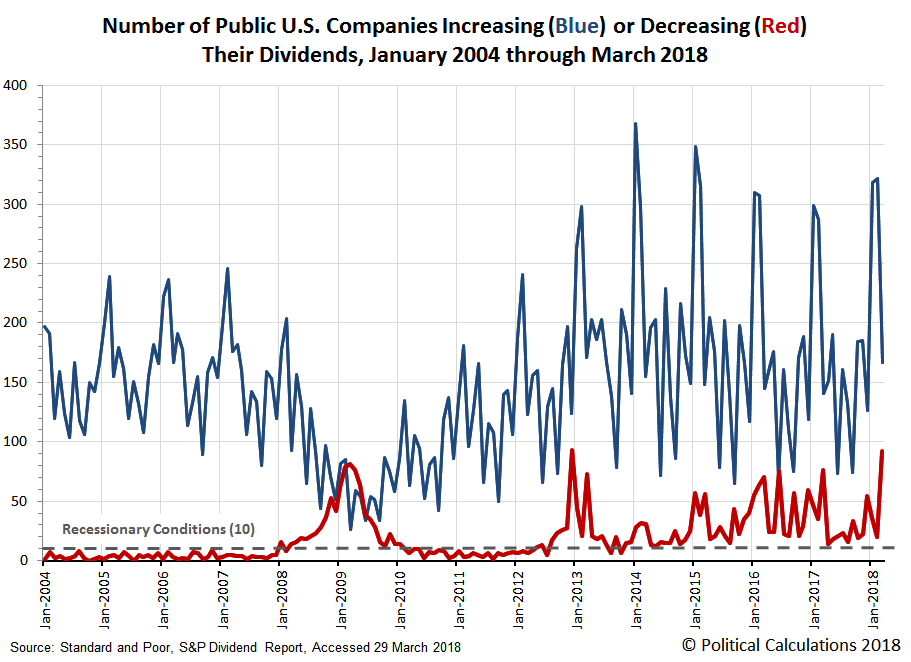 And because it is especially relevant, here's our chart that zooms in on just the number of dividend cuts reported over the same period of time, where we've tentatively included March 2018's spike in dividend cuts in with the 2017-2018 "tax cut and rate hike spike". 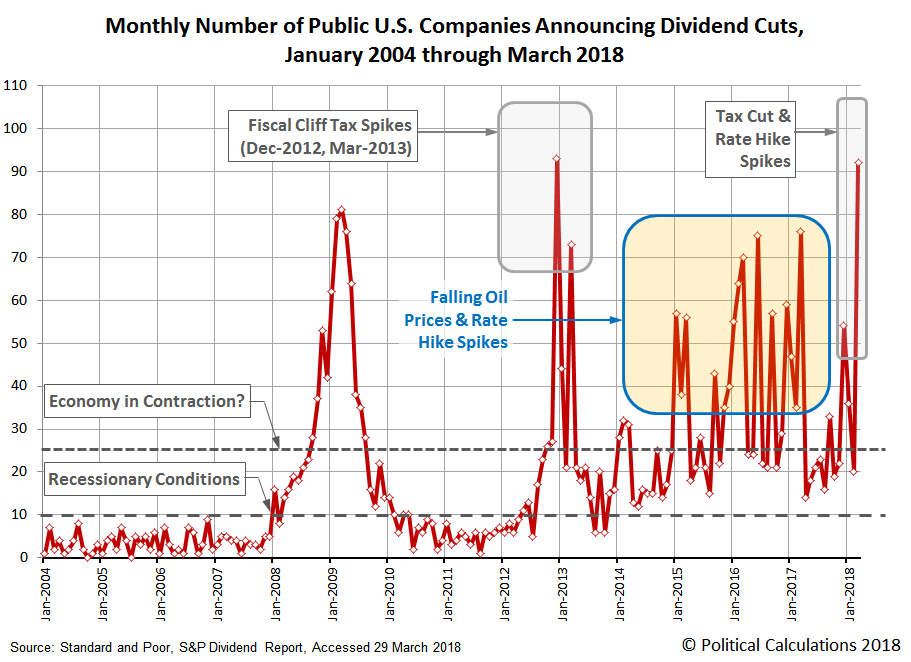 Here are the dividend numbers as we know them for March 2018 today:

We'll follow up soon with what we find in our sampling of dividend cuts. In the event that S&P revises the dividend cut number, we'll update this post on our site, so if you're reading this on a site that republishes our RSS news feed, please make a note of the link to the original article.

Update 1 May 2018: For the record, we were able to identify the following sample of dividend cutting firms from March 2018 from our near real-time sources for dividend declarations, which at 13, is far short of the total 92 dividend cutting firms indicated by Standard and Poor for the entire U.S. stock market for the month. Here's the list (presented in chronological order according to date of dividend declaration):