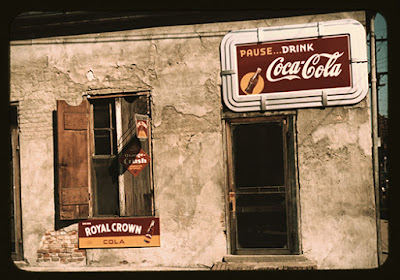 The recent news that a study found that retailers are timing the advertising of number of products, such as soda pop, that are popular with food stamp recipients to coincide with the timing of when the federal government reloads Supplemental Nutrition Assistance Program (SNAP) benefit funds onto their Electronic Benefit Transaction (EBT) cards, ranks right up there with the kinds of stories that come out whenever huffy reporters are shocked to discover that there is gambling going on at their local casino.

Here's another news flash: the same retailers do exactly the same thing with the kinds of products favored by senior citizens, only here, the timing of the ads coincides with when Social Security checks are mailed out each month.

It's the result of something called "market research", and it has been a thing that retailers have been doing for decades to get to know their customers better. Here, retailers who pay attention to the kinds of things that their customers buy throughout the course of a month, and do so for month after month while also making note of the visible characteristics of their customers, are seeking to find regular and repeating patterns in their consumer behavior. If they identify any such patterns, they will adapt their retailing strategies to accommodate those regular consumers so that they have the kinds of products available to buy when they're shopping for them and, horror of horrors, will use advertising to communicate that they do.

Understanding that is why we found the following comments of an assistant professor of health and social policy at Johns Hopkins University, who helped conduct the study, somewhat amusing:

“People will argue that individuals are ultimately responsible for their choices, but we know that the environment in which we make choices matters,” Moran said. “This study is another example of industry targeting sugary beverage marketing toward lower income families.”

This study is the first to tie food advertising to SNAP distribution patterns. Because food-stamp benefits are dispersed in a lump sum each month, and because many recipients spend those funds within a week of receiving them, stores frequently see higher sales and traffic in the days after benefits get reloaded.

“I’ve worked with a lot of work with retailers, and I know that retailers are very attuned to when households receive benefits,” Moran said. “When you think about it, it makes a lot of sense: If you operate in a state where everyone receives benefits on the same day, there’s a huge financial incentive on that day to heavily market popular items.”

Moran cautions that her data is only from New York and that patterns may differ in other states. She also can’t say whether grocery stores or soda producers are to blame.

We'll go out on a limb and say that there are almost certainly very similar if not identical patterns in every other state. We'll also say that in addition to grocery stores and soda producers, there's another party, aside from market research firms, behind the pattern Moran has observed: the low income consumers who receive and use SNAP benefits, who are also actively participating in these transactions!

But what to do about this newly perceived problem? Our intrepid researcher has an idea....

Fortunately, Moran said, the fix for this particular problem may be simple: States could issue food stamps on a rolling basis. On the national level, the Department of Agriculture could extend rules for SNAP-approved retailers to include marketing practices.

It's not a bad idea as it goes. Rather than dumping welfare benefits into the economy on the same days each month, the federal government could distribute the same amount of benefits in smaller, more frequent installments, which would introduce less distortion into local economies when compared with the disproportionate monthly spike that the current approach generates.

But shouldn't we also be looking at taking products like soda pop, which is perceived by many to be unhealthy, off the list of approved products that can be bought using SNAP's food stamp benefits? There certainly have been an increasing number of politicians seeking to have the program changed this way, despite studies that suggest little connection between food stamp use and adverse health conditions such as obesity.

But Moran did not back the growing calls to ban soda from the food-stamp program. Public health experts and conservative reformers have asked Congress to include such a ban in the 2018 Farm Bill, which they say would save money and improve nutrition.

Moran argues there's no evidence a ban would cut down on soda-drinking, because SNAP recipients could always just buy beverages with cash. Worse, she said, by ignoring marketing and other systemic issues, the ban would address the symptoms — and not the causes — of the income/nutrition gap.

This is where Moran starts getting into a bit of trouble. What our intrepid researcher doesn't appreciate is that all products that are eligible to be purchased through SNAP food stamp benefits are completely exempt from state and local sales taxes. That sales tax exemption means that SNAP welfare benefit recipients can buy larger quantities of products like soda pop than regular cash-paying non-SNAP households can when spending an identical amount of money.

In other words, when compared with non-SNAP households, many of the households that receive SNAP benefits have an additional financial incentive to buy larger quantities of products like soda pop, where their costs are discounted by the percentage of sales tax that they would otherwise have to pay if they spent cash from their ordinary income - especially in the 35 states that allow their full state and local sales taxes to be levied on the sale of soda.

On a side note, we believe that's the main motive behind many politicians seeking to get soft drinks off the eligibility list for SNAP benefits. It would unquestionably increase state and local government sales tax revenues.

But before we might consider taking steps to remove that welfare-driven financial incentive, we really need to know what impact that stripping the eligibility of soda pop to be paid for with SNAP food stamp benefits might have. As we saw in Philadelphia, when that city taxed soft drinks, it directly coincided with a pronounced increase in the consumption of alcohol-based beverages that became more relatively affordable after the city jacked up the cost of soft drinks with its controversial soda tax, which many people would argue leads to undesirable outcomes.

What we need is a proper experiment. What would it take to get one going?