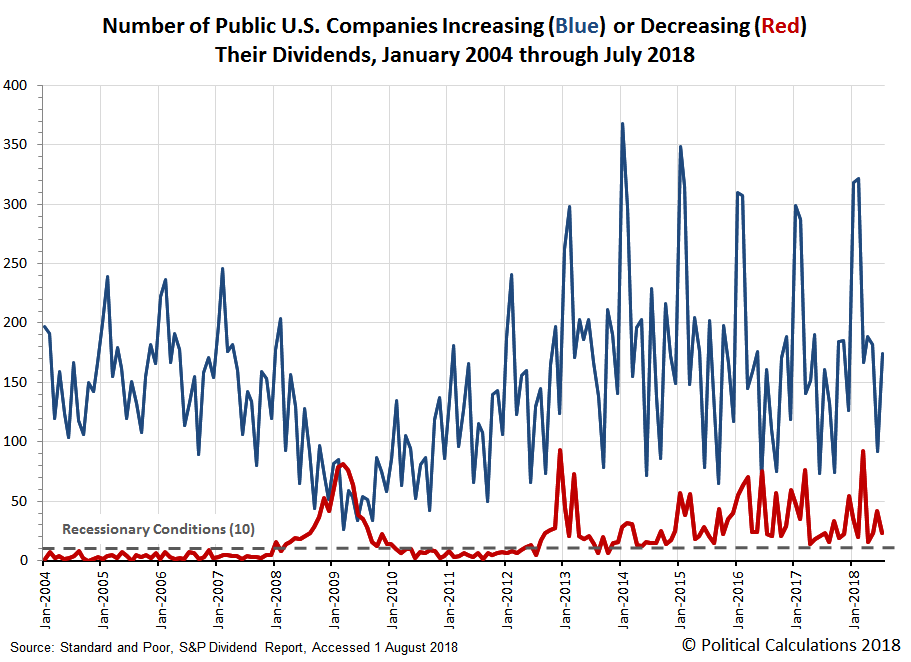 Let's get to this month's dose of dividend metadata! Here are the numbers....

After last month's apparent overcount of dividend cuts, we've gone to our two near-real time sources of dividend declarations to gather a sample of the firms that definitely announced dividend cuts in July 2018. Our count added up to 23 firms, where 11 represented closed end funds, which we typically exclude from our sample. The remaining 12 firms are listed below:

For those who like to keep track, 8 of these 12 are firms in the oil and gas sector, 3 are in the finance sector and 1, Pentair, is a manufacturing sector firm that may not really count as a dividend cut, since that company recently spun off its electrical division as a new company called nVent Electric (NYSE: NVT), splitting Pentair's former dividend between the two.