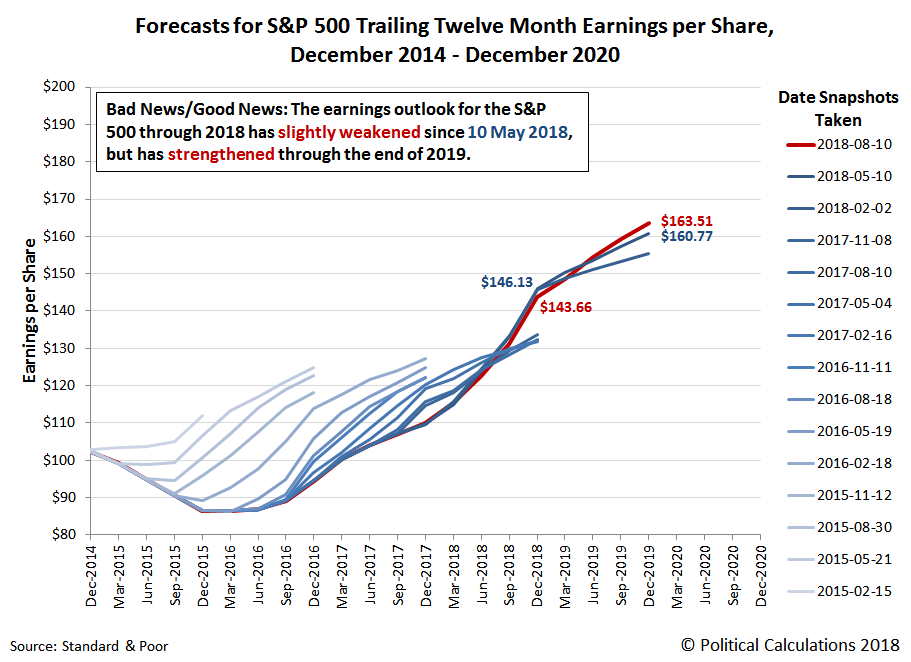 Compared to the previous quarter, a mixed picture.

Perhaps the biggest contributor to that downward adjustment in the near term expected future for earnings was Facebook (Nasdaq: FB), which TheStreet described as a "complete outlier" after they reported their earnings and outlook at the end of July 2018.

"The tone on earnings calls remains positive - mentions of "better" or "stronger" relative to "worse" or weaker" is still above-average (despite being down from the last few quarters' highs), and mentions of optimism are also above average (and up from last quarter)," says Bank of America Merrill Lynch strategists.

Facebook's "Black Thursday" was in large part fueled by an earnings call littered with concerns about future growth rates.

We'll see how things change three months from now, with the fourth quarter of each year being historically the most popular period for when companies announce any significant changes in their future business outlook.