The U.S. Department of Education has updated its statistics on the number of student loan defaults occurring within three years of a borrower beginning repayment. The latest data covers borrowers who began making payments on their student loans during the U.S. government's 2015 fiscal year, which ran from 1 October 2014 through 30 September 2015, who have subsequently stopped making scheduled payments for a prolonged period of time without making arrangements to either defer them or to seek relief from them during the following three years.

The following chart shows the number of student loan borrowers who have defaulted within three years after starting to make payments in each fiscal year from 2009 through 2015 according to the type of four year degree-granting institution they attended, covering proprietary (or for-profit) universities, public universities, and private (or non-profit) universities. 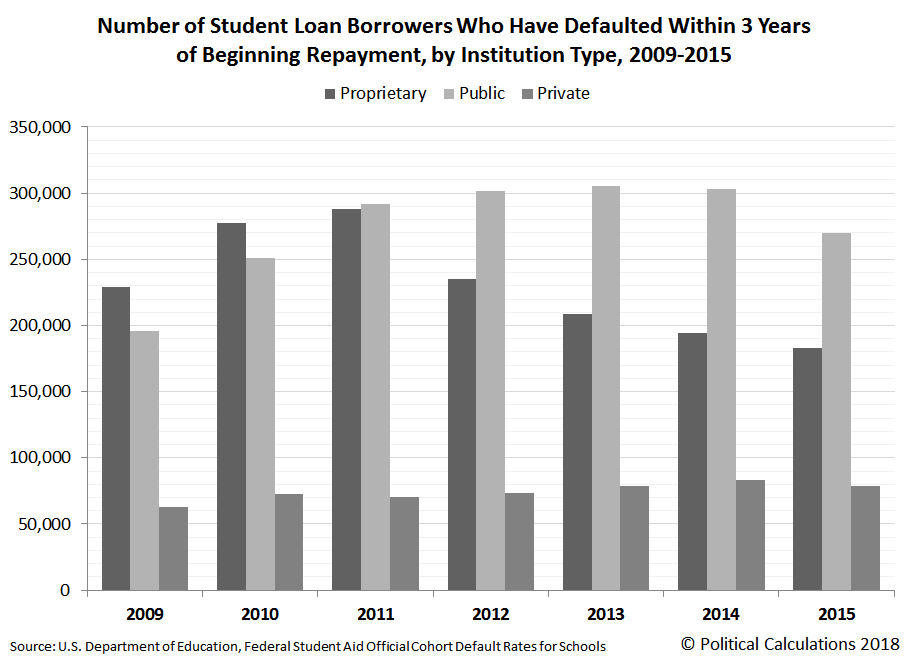 The next chart shows the percentage of student loan borrowers for each type of institution that began repaying their student loans, but went on to default on them within the following three years. 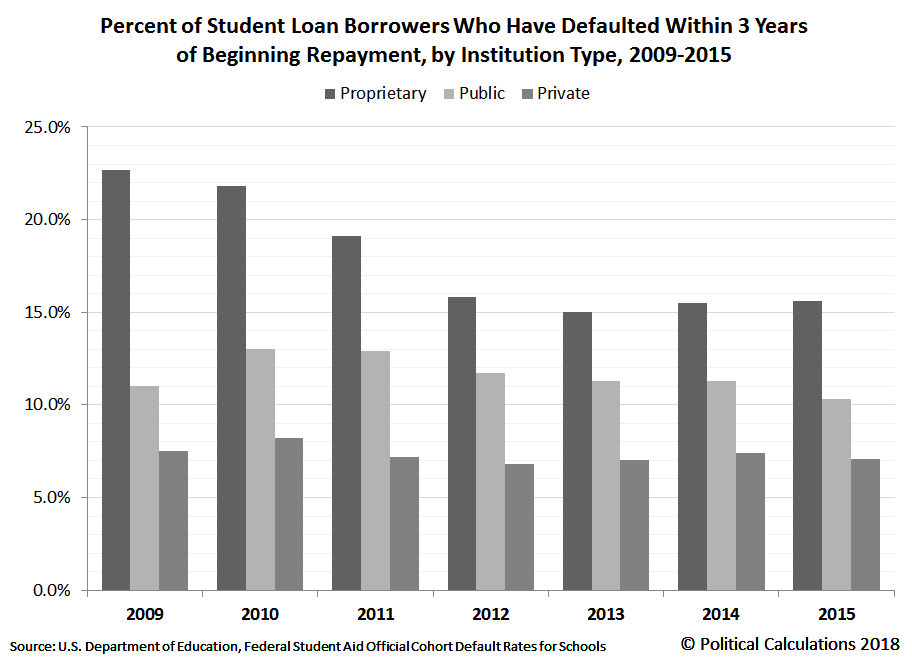 We find that although public universities account for the largest number of defaulting student loan borrowers, a larger percentage share of students who attend proprietary (or for-profit) institutions have consistently defaulted on their student loans.

The final chart reveals the average annual cost of college tuition and fees for each type of institution, which is based on data from the 2016-17 academic year, which is the closest we could get to 2015 for all three types of four year degree-granting institutions. The $9,670 value shown for public institutions applies for state residents eligible for in-state tuition rates, where the average public university tuition and fees for out-of-state residents is $24,820. 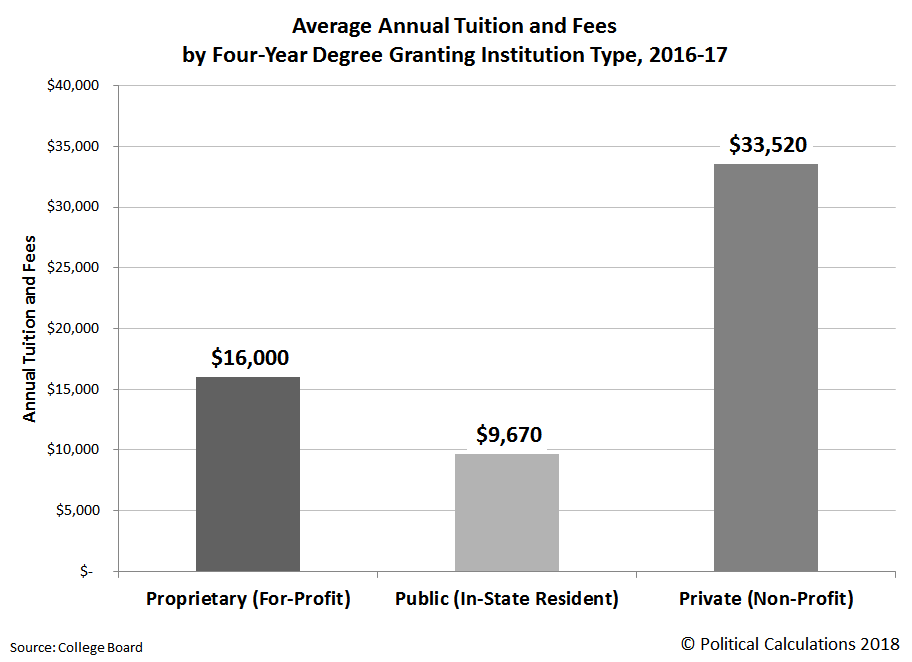 
Today, about 90 percent of loans made to students and their families are from the federal government, which does not follow the same lending standards required of financial institutions. The federal government holds around $1.4 trillion in student loans on its books and is currently seeing a double digit delinquency and default rate.

10.3% of student loan borrowers who started making payments on their debt to the federal government in 2015 have defaulted. That figure has come down and stabilized over the last several years, but is still a double-digit problem for the demographic group with the lowest rate of unemployment in the U.S. economy. Meanwhile, many who are making payments on their student loans aren't getting very far in paying them down.

Just as alarming as the high number of defaults on federal student loans is that less than half of new borrowers are able to put a dent in their principal balance within three years of entering repayment.

Currently, the U.S. government makes it very difficult, if not nearly impossible for borrowers to have their student loan debts discharged through bankruptcy proceedings, which is pretty much what you would expect for any creditor who has the power to write the rules to benefit itself by forcing the repayment of any loan that it has either guaranteed or issued.

If it cannot be discharged in bankruptcy and the money borrowed is owed to the government, it isn't debt. It's taxes. The sooner that's fixed by transforming student loans back into debt, among other reforms, the better it will be for everyone involved.