The earnings outlook for the S&P 500 has darkened since our previous edition, where as of the snapshot available as of 20 November 2018, we find that the projected future for S&P 500 earnings has softened one again through the end of 2018, and has also weakened through the end of 2019, reversing a strengthening trend that had been forecast just three months earlier. 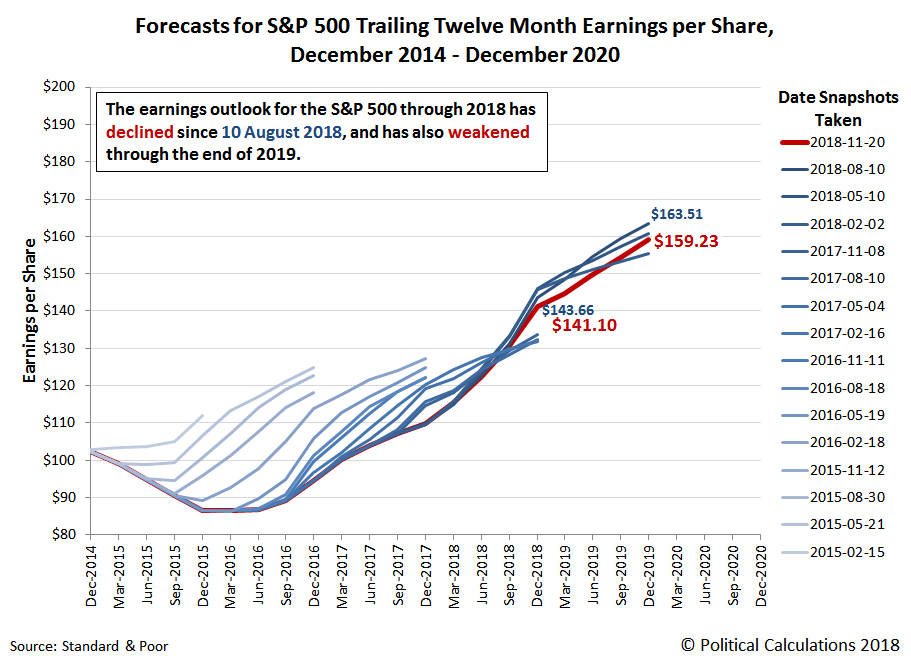 This quarterly snapshot captures part of the aftermath of the hit that Apple (Nasdaq: AAPL) delivered to the S&P 500 from the recent news that the company was slashing production orders to its suppliers for its latest iPhone models.

Falling oil prices are also contributing to the weakening earnings outlook for the S&P 500, which are part of a broader market pullback in Asia, where many nations have seen their economies significantly weakened in recent months. That growing economic weakness played a role in Apple's production order cuts.