Political Calculations
Unexpectedly Intriguing!
26 March 2019
How Much Do You Need to Save To Retire? (Part 3) 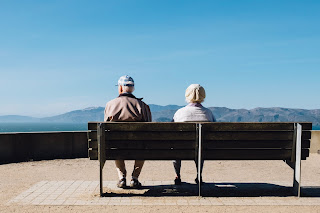 Is it just us, or is the amount of money that financial professionals recommend you save to fund your future retirement seem really scary large?

It turns out that it's not just us who have that impression. Andrew Biggs recently took on a different version of that question, where he was pretty blunt in saying that yes, for some people, the target retirement savings advocated by financial professionals are crazy high.

This is a reader request, based on an email asking how my recent Wall Street Journal op-ed – which deemed the so-called retirement crisis to be “phony” – jibes with the National Institute for Retirement Security’s (NIRS) study finding that America faces a $14 trillion “retirement savings gap” with a staggering 92 percent of working-age households falling short of their retirement savings goals. So here goes.

The answer is that NIRS dramatically overstates the amount by which households are undersaving for retirement. In fact, the better academic studies – written by well-regarded economists using more sophisticated methods and published in peer-reviewed journals – find a retirement savings gap of $1 trillion or less, by my estimates, out of the more than $93 trillion in total retirement plan assets and accrued Social Security benefits on which Americans rely in retirement.

That seems like a sigh of relief, but it still doesn't answer the question of how much an American ought to save to ensure they can afford to live through their retirement.

Fortunately, Biggs provided additional information that makes it possible to crack that conundrum. Here are the relevant passages.

According to the Social Security Administration, most financial planners recommend that a typical worker retire with an income equal to 70% of his pre-retirement earnings. Robert Myers, a former SSA chief actuary, recommended 70 to 75% for a middle income retiree, ranging from about 90% to a very low earner (making about 25% of the national average wage) to 60% for someone earning the Social Security taxable maximum wage each year....

Believe it or not, these two passages provide enough information for us to reverse engineer a useful portion of the actuarial math that Robert Myers had to have done to arrive at those particular figures. Which given what we do, we then turned into an easy-to-use online tool! [If you're accessing this article on a site that republishes or RSS news feed, please click through to our site to access a working version of the following tool.]

Assuming that Robert Myers' estimates of annual post-retirement income are correct, our tool finds that the kinds of retirement income targets that financial professionals recommend are consistent for those who have larger-than-average annual incomes. Which if you think about it, makes sense, because those are the people whose business they're trying to get.

Finally, in creating this tool, we've assumed that the rate of return on retirement savings will at least be equal to the rate of inflation. Over a long period of time, that assumption will almost certainly be incorrect, but if you want to err on the conservative side of the retirement ledger, increasing your expected years in retirement to compensate should do the trick.

We've been tackling different methods for determining how much someone planning their retirement would need to set aside and save and built tools to do the math for each. This latest tool is the "With Social Security" variation for answering the question!