The following chart shows the monthly increases and decreases for dividends reported by Standard and Poor for each month from January 2004 through August 2019. 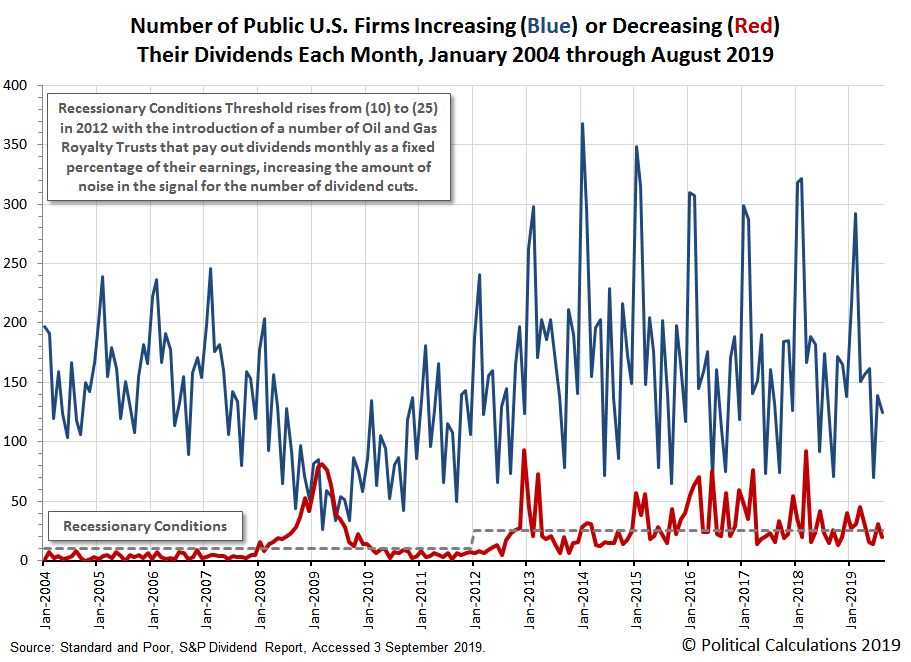 We've previously presented our ongoing sampling of real time dividend cut announcements for 2019-Q3 with data through 26 August 2019. There were no additions to that list during the remainder of the month.

Meanwhile, if you'd ever like to review our sources, here they are!