Overall, our observation last week that the index appeared to be slightly ahead of itself appears to have been correct and to have corrected, where one week later, the S&P 500 closed the week fully consistent with how our dividend futures-based model would set it, assuming investors are focusing 2020-Q3 (or 2020-Q1, since the alternate trajectories associated with both these future quarters are little different from each other, although we think 2020-Q3 is the dominant focal point at this time). 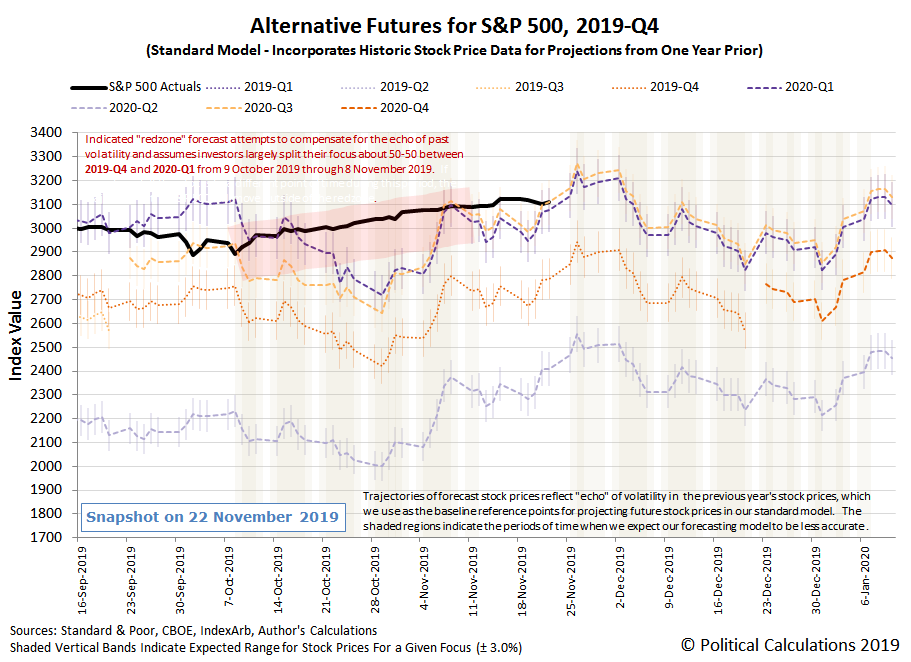 We believe investors are primarily focusing on 2020-Q3 at this time because the CME Group's FedWatch Tool indicates this quarter now has better-than-even odds of being when the Federal Reserve will next act to change interest rates in the United States, with investors anticipating a quarter point rate cut in the Federal Funds Rate during this distant future quarter. 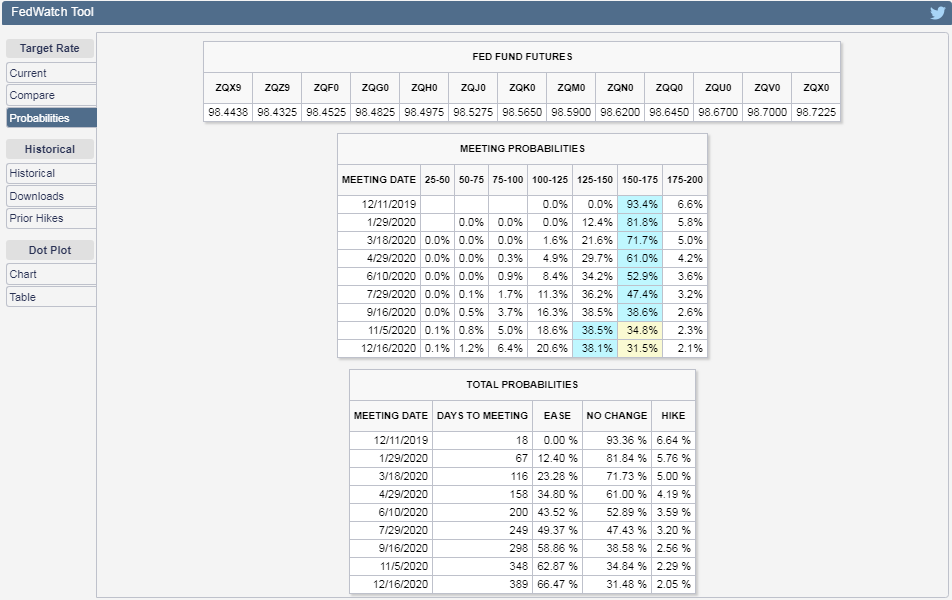 For the news of the week, the prospects for a 'phase 1' trade deal between the U.S. and China continued to generate noise affecting stock prices, but if there's a theme, it's the split between comparatively positive news for the U.S. economy and the ongoing descent of gloom over a slowing global economy.

One thing to watch for in the weeks and months ahead is the extent to which the U.S. economy might be slowed or otherwise impacted by what has been happening in the global economy during much of the past year and half, where many nations' reported economic growth is now within a margin where even modest revisions in their data would place them in recession.

Elsewhere, Barry Ritholtz listed the positives and negatives he found in the week's economics and market-related news, finding six of each, with housing in the U.S. having multiple entries on both sides of the ledger.

With Thanksgiving Week now at hand, we're looking forward to our annual tradition of celebrating the most American of all holidays throughout the rest of the week! Assuming the markets will be slow as both companies and traders switch to holiday mode, be sure to check in with us to get your annual fix of Thanksgiving-related tools and analysis, starting in 3...2...1!