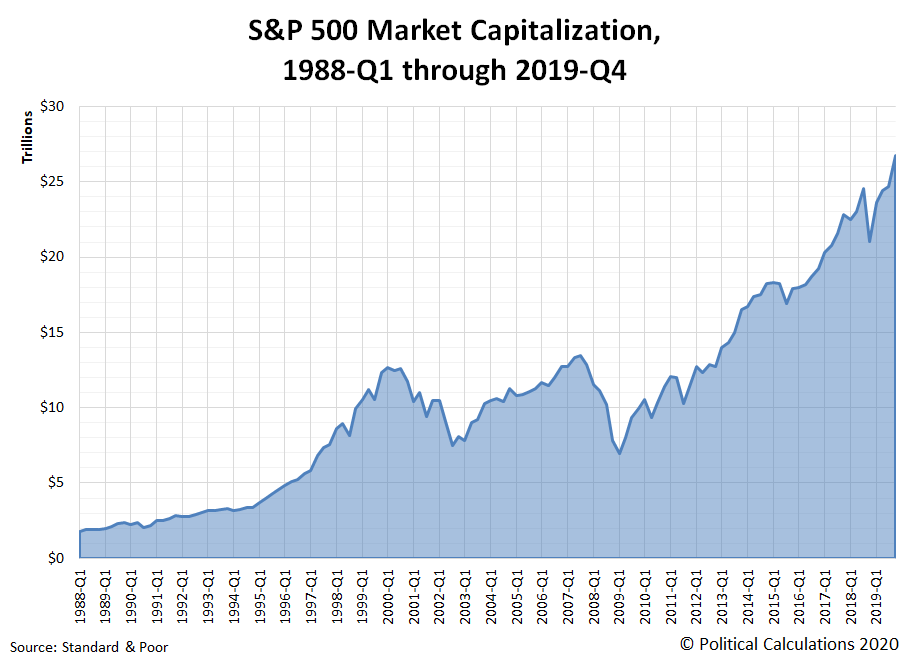 Measured a little differently, the market cap of the S&P 500 as a percentage of the U.S. Gross Domestic Product at the end of 2019-Q3, the most recent quarter for which we have a somewhat finalized estimate, was 114.7%. That's close to the highest the S&P 500's total market cap has been since the days of the Dot-Com Bubble, when that figure peaked at 126.8% in the first quarter of 2000. 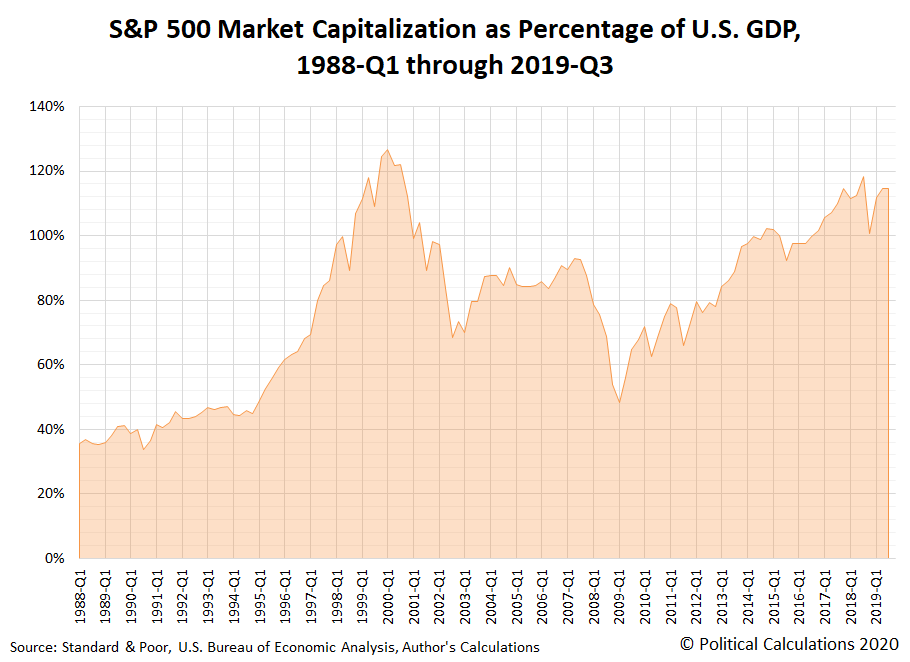