The negative effects of the global coronavirus pandemic breaking out in China has begun to become visible in the trade data between the U.S. and China, with the combined value of all goods imported and exported between the two nations plunging in February 2020 by $12 billion below the level recorded a year earlier in February 2019. 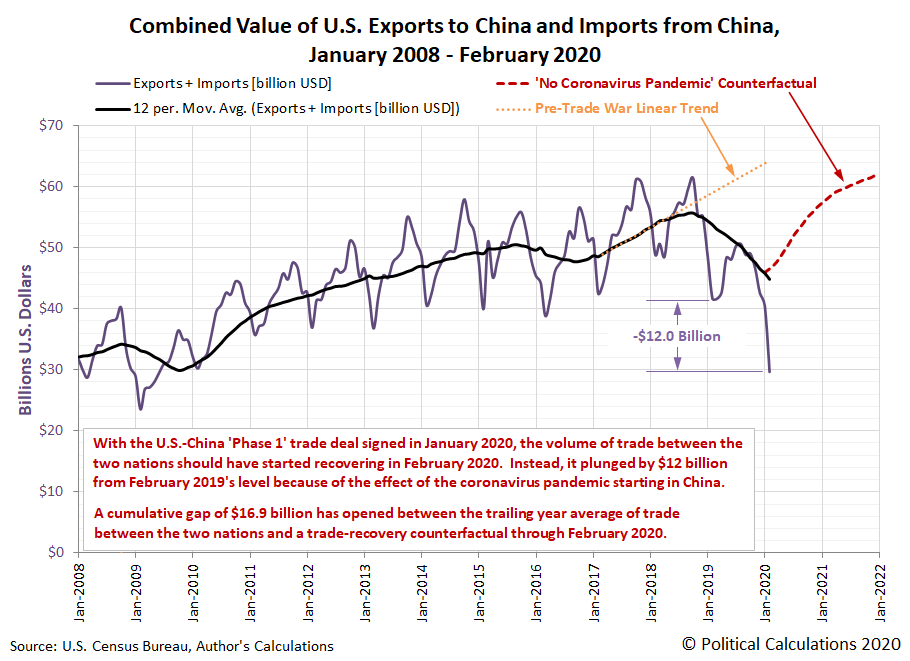 That change bucks expectations of a rising volume of trade starting in February 2020 that should have resulted from the signing of the 'Phase 1' trade deal between the U.S. and China in January 2020. In the chart above, we've projected a counterfactual based on the recovery of trade between the U.S. and China following its bottom during the Great Recession as measured by its trailing twelve month average, which should provide a reasonable basis for assessing the impact of the coronavirus pandemic on U.S.-China trade.