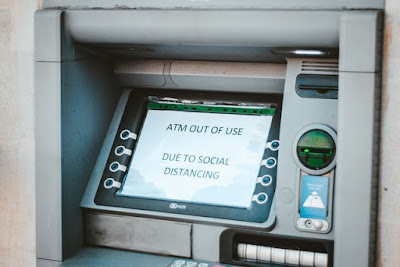 The U.S. government has gone on a borrowing binge since the global coronavirus pandemic reached the nation's shores and the number of known cases began increasing relentlessly at the end of February 2020, just over two months ago. From 26 February 2020 through 29 April 2020, the U.S. government's total public debt outstanding has increased by $1.427 trillion, from $23.427 trillion to $24.854 trillion.

That's a lot of money to borrow, and for all practical purposes, all of it was loaned to the U.S. government by its new Number One creditor, the U.S. Federal Reserve, to whom the U.S. government now owes more money than it does to its previous largest single creditor, Social Security. According to the Federal Reserve's H.4.1 statistical release for 29 April 2020, the Fed holds $3.945 trillion worth of U.S. Treasury securities, up from $2.465 trillion back on 26 February 2020, shortly before the number of known coronavirus cases in the U.S. began their rapid rise, which triggered the government actions that crashed the economy.

Our sharp eyed readers who do the math will catch that the Federal Reserve's holdings of U.S. government-issued debt securities increased by $1.480 trillion, more than the amount by which the federal government's total public debt outstanding increased over the same period of time.

How is that possible? Under current law, the Federal Reserve is prohibited from directly loaning money to the U.S. government, so it is actually acquiring debt securities that were originally issued by the U.S. Treasury when it borrowed money from banks and other financial institutions. The Federal Reserve can then pay them for their holdings of U.S. treasuries through its open market operations, much like how the lender you might have originally gotten your mortgage through might sell it to another financial institution. The money that was borrowed is still owed under the same terms as before, but now it's paid back to a different entity.

Doing that gives the original creditor more money to be able to go out and loan even more money to the U.S. government, which in the current environment, the Fed will then pay to acquire it from them. That process will repeat until the Fed decides it has had enough and tries to stop. Like it has before, which didn't really work out all that well for it.

In any case, that's how the Fed went from holding less than one in ten of all the dollars the U.S. government has borrowed to about one in six, making it the new single largest creditor to Uncle Sam. 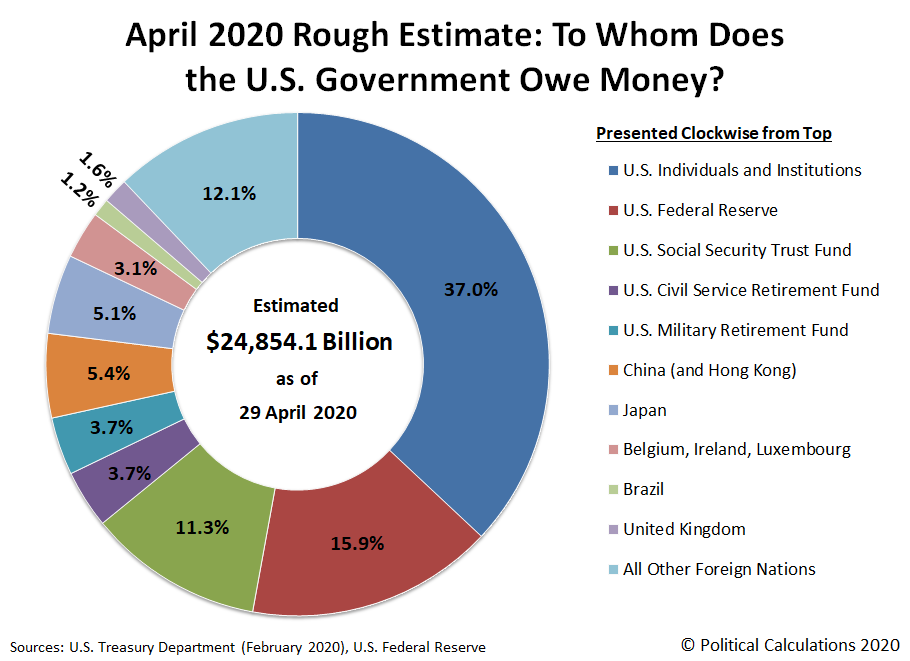 So to answer the question of how the Fed's holdings of U.S. treasuries is increasing faster than the rate at which the U.S. government is borrowing money, it's because the Fed's holdings are being tapped out of the larger pool of treasuries held by U.S. individuals and institutions, which is then quickly replenished.

We're calling this a rough estimate because not all the data in the chart is synced together. The data for the amount of debt held by the U.S. government's major foreign creditors is preliminary and is only current through February 2020, while data for Social Security and the civil and military retirement trust funds is from March 2020. It's as close as we can estimate with the data that's available.