The U.S. stock market saw continuing improvements for dividend paying firms in August 2020. The number of publicly-traded companies either cutting or suspending dividends declined from July 2020's much improved levels. Meanwhile, the number of firms increasing their dividends increased over the previous month's levels, but remains at levels last seen during the so-called "Great Recession".

The following chart puts August 2020's dividend counts for increasing and decreasing dividends into historical context, with data extending back to January 2004. Please click here to see a large version of the chart. 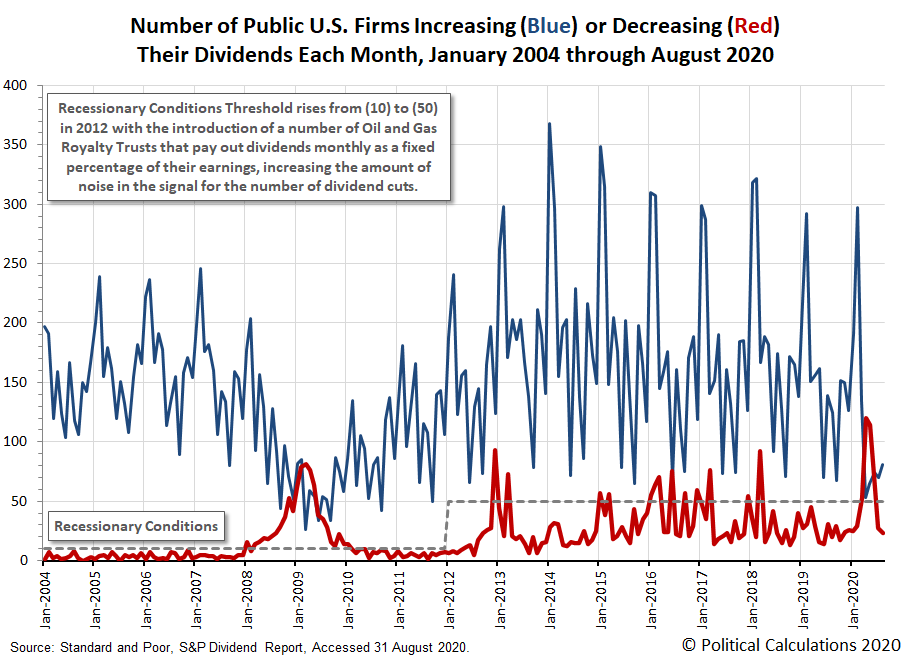 Here is the summary of the U.S. stock market's dividend metadata for the month of August 2020:

In the next chart, we've focused on the combination of U.S firms that have either cut or suspended their dividends in the period from January 2004 through August 2020. Please click here to see a large version of this chart. 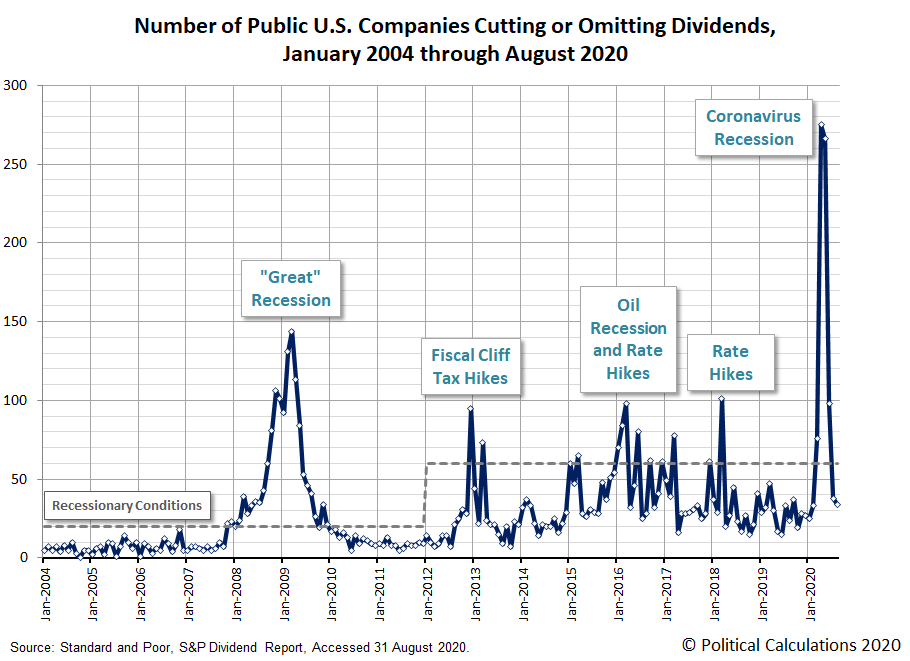 Our cumulative sampling of dividend cut or omission data during the third quarter of 2020 confirms the pace of these negative declarations is running well ahead of the totals recorded in the third quarters of 2017, 2018, and 2019. Never-the-less, the numbers through August 2020 are running well below the threshold that corresponds to the U.S. economy experiencing contraction. A full size version of the chart can be found by clicking here. 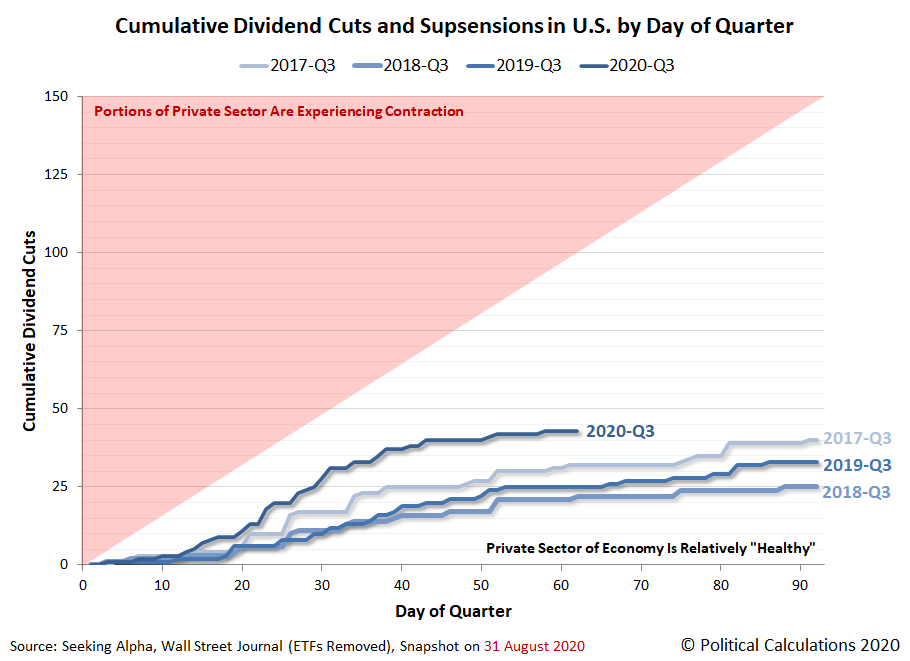 Overall, there were 12 firms in our sampling for August 2020. Here is the short list:

There were several firms that we omitted in this tally, but which would have registered in the totals for the month recorded earlier in this article. That's because monthly dividend-paying firms like San Juan Basin Royalty Trust (NYSE: SJT) and Mesa Royalty Trust (NYSE: MTR) had previously announced they were suspending their dividends, a practice they continued in August 2020. Meanwhile, firms like Foot Locker (NYSE: FL), which had previously suspended its dividend, acted to reinstate it during August 2020, but at a reduced level compared to its pre-suspension cash dividend payout.

Technically, these figures could add to the number of dividend cutting or suspending firms in our monthly sampling. However, since we treated each firm's previous dividend suspension announcement as a cut reducing their dividend payouts to zero, we have omitted them from the month's count because we would be effectively double-counting them if they were included.

In any case, the limited number of firms in this category wouldn't change our overall assessment for the relative health of the U.S. economy based on the declarations of dividend paying firms for August 2020. We find overall that the number of dividend cuts or omissions announced during the month is consistent with a much improved situation for the U.S. economy compared to the early months of the coronavirus recession, though the low level of dividend increases reported during the month points to continuing economic weakness.

We've been listing the firms that have announced dividend cuts or suspensions from our near real-time sampling of these declarations in our previous editions. Please follow these links to see all the dividend cuts and suspensions we've tracked during the coronavirus recession.