Political Calculations' initial estimate of median household income of in September 2020 is $65,630, rising above the initial estimate of $65,602 recorded for August 2020. This change marks the first positive month-over-month growth in median household income since the start of the Coronavirus Recession, with August 2020 marking its bottom, as expected. 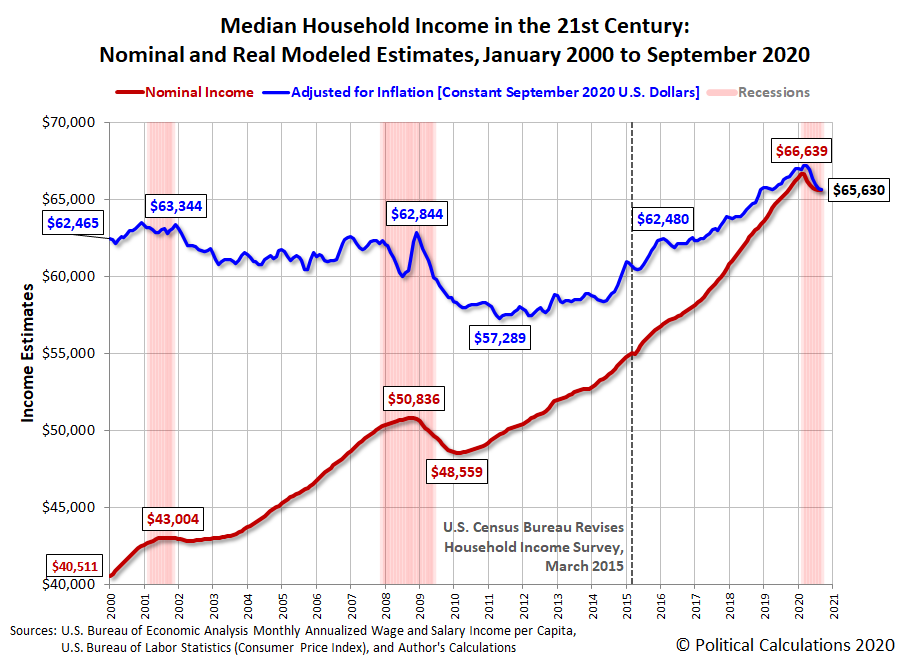 The next chart zooms in on the period of the last three presidential terms to update the answer to the question "Is the typical American household better off than four years ago?" 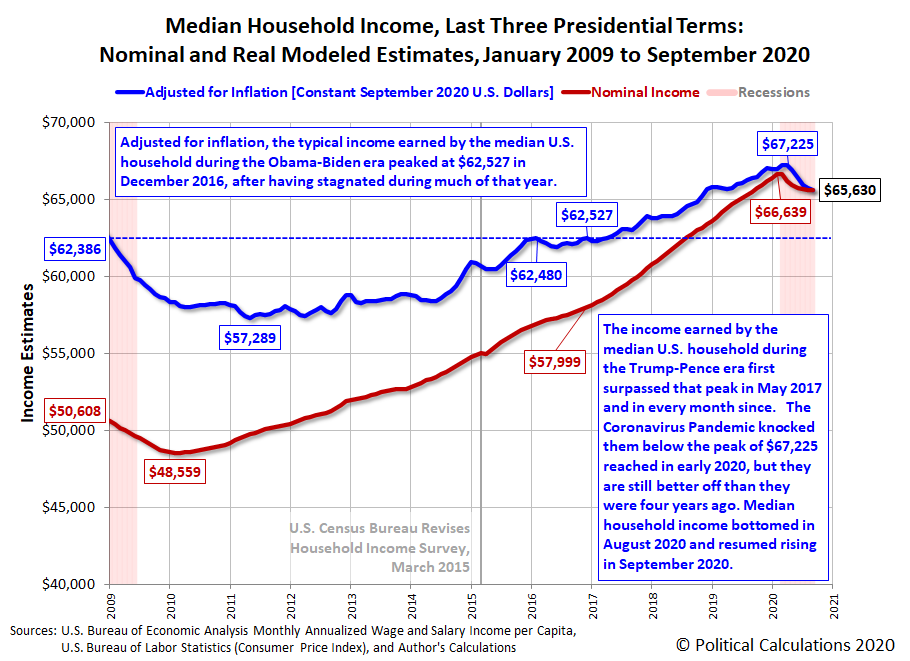 In the 30 October 2020 data release, minor revisions were made to the aggregate personal wage and salary income data we use to generate our estimates of median household income, which affects the estimates for July 2020 through August 2020.

The U.S. Census Bureau issued its Household Income report for 2019 in September 2020, giving $68,703 as its estimate of median household income for the 2019 calendar year. At first glance, that figure would suggest our monthly median household estimates are understating the growth of median household income by a considerable margin, however the Census confirms the arrival of the coronavirus pandemic in the U.S. impacted its data collection in March 2020, increasing the non-response rate to its Current Population Survey's Annual Social and Economic Supplement and skewing its reported results upward because of the disruption of the pandemic.

The Census Bureau's analysts indicate the survey's resulting estimate overstates median household income by 2.8%, also indicating they believe that if they had been able to collect a more complete sample, the figure would have only increased to $66,790. That figure is within $151 of Political Calculations' median household income estimate for February 2020 and represents one of the stronger year-over-year gains observed in the annual data since it began to be reported in 1967.

Sentier Research suspended reporting its monthly Current Population Survey-based estimates of median household income, concluding their series with data for December 2019. Sentier Research ceased operating in 2020, as its principals would appear to have permanently retired after a 19 year run. In their absence, we are providing the estimates from our alternate methodology for estimating median household income on a monthly basis. Our data sources are presented in the following section.