Political Calculations
Unexpectedly Intriguing!
30 June 2022
How Many Violent Offenders Return to Crime After Release from Prison?

Earlier this year, the U.S. Sentencing Commission released its study on the recidivism of violent offenders released from federal prisons in 2010. The study tracked some 13,883 individuals to find out how many might go on to be arrested for new crimes within nine years after they completed serving their original sentences. How many of these violent offenders would you predict returned to crime after their release from federal prisons?

We won't keep you in suspense. Within nine years of their release, 63.8% of this sample cohort of violent offenders were subsequently arrested for committing new crimes. No fewer than 26% of this criminal cohort were arrested for new crimes within the first year after they were released, while over half had done so within four years.

The following chart visualizes the Sentencing Commission's data for the number of violent offenders who were arrested for newly committed crimes within one to nine years after they were released from prison in 2010. 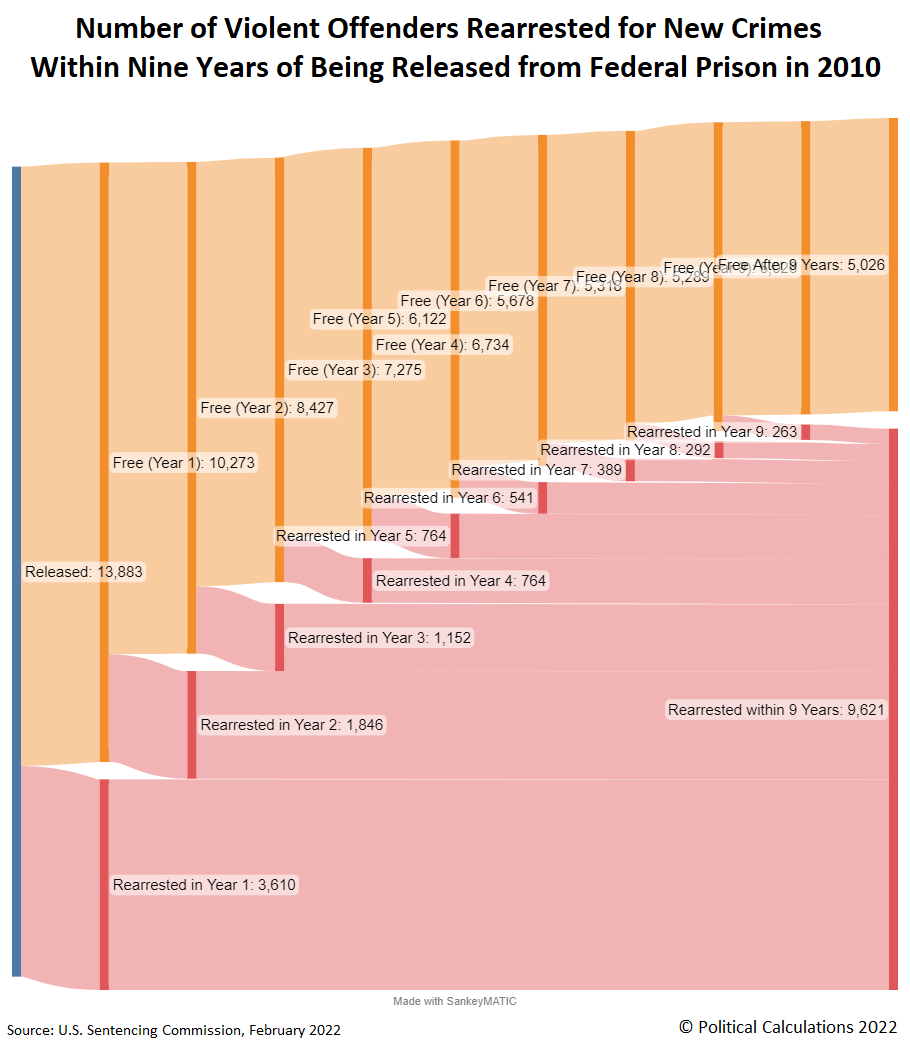 We opted to present this data using a Sankey diagram to illustrate both the relative share of total offenders that went on to be arrested for committing new crimes and how many were added to that total within each year following their release from prison. 76.4% of these individuals had been sentenced for their original crimes after 12 January 2005, when the Supreme Court issued a ruling that affected U.S. federal sentencing guidelines, so the vast majority of these former prisoners had served fewer than five years in federal prisons before their release in 2010.