As many of you might be surprised to find out, a large worldwide concert event featuring celebrities such as Madonna and Kanye West was held this past weekend. The heavily promoted so-called "Live Earth" event was, to put it mildly, a bust. Why? John Whitehead quotes the New York Times' review of the concert:

Unlike benefits for world hunger or genocide, celebrity efforts to curb the greenhouse effect backlash into the glass-house effect: People who own Escalades, private jets and McMansions shouldn’t recycle bromides at people who fail to carpool to work. Carbon-offsetting, the newly fashionable practice of compensating for one’s own carbon emissions by paying into a fund to reduce them elsewhere, may be better than nothing, but to some it sounds too much like rich men paying others to take their place in the draft during the Civil War.

To which John Whitehead asks:

Ah, the life of a celebrity in the music world. What other occupation provides you with a stage from which to issue your hate-filled diatribes about people you don't like and how you think people should be made to live to your fans who, really, only like the songs you sing? (HT: Tim Haab, who watched an hour of the Live Earth event so apparently hardly anybody else would have to!)

Update: To be fair, we should acknowledge that Live Earth did, in fact, include the most significant musical achievement of the twenty-first century. It just was one that comparatively few people witnessed.

So, how can we stage an intervention for our environmentally tone-deaf performers?

Well, for a start, let's take a good hard look at how celebrities get around. The world of the celebrities is a world where just getting around requires large fleets of huge limosines and big gas-guzzling SUVs to haul themselves, their stuff, and their entourages (we could mention private jets, but let's just stick to celebrity ground transportation for now!) 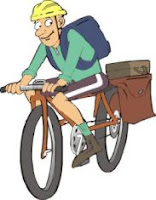 What if they just buy a whole lot of carbon offsets to cover their activities and choices? Sorry, that doesn't even pass the New York Times' fundamental hypocrisy test, and the writers of the New York Times know fundamental hypocrisy. No, for real change, we should demand our celebrities actually change how they get around and perhaps walk or bike to where they need to go, instead of being driven.

And that's where our latest tool comes in! Inspired by Geek Logik's Garth Sundem's math for helping decide whether the Average Joe should walk, bike or drive, our tool can help our most environment-impairing celebrities take the first step (literally) toward making more Earth-friendly decision about how they get from Point A to Point B, using the same factors that influence how real people make this decision everyday:

In the tool above, a Ground Travel Index Score below a value of 1 indicates that you should walk, a score between 1 and 2 indicates that biking is a desirable option, and a score above 2 suggests that driving is the best choice for your situation. The best part of all this? First, you don't have to be a celebrity to use the tool and second, knowing where the cut-offs are make it easy to play with the results.

We did, and we pretty much discovered that if celebrities who "talk the talk" want to take the next step toward minimizing their personal level of hypocrisy and "walk the walk", they really shouldn't venture very far into the world. At least, not if they really believe what they say they do.

And from all we've heard about most of Live Earth's "performances", that's a win-win scenario!

The Miracle of Carbon Offsets

What about that carbon offset option? While our tool shows how the U.S. government could buy its way into Kyoto compliance, the math works just about anywhere, including at the celebrity level!