Will Franklin is fond of studies that compare Texas with California or other states where economic performance is concerned, so we thought it might be fun to see which states CEOs put at the top of their list where taxes and regulation, workforce quality and living environment are concerned.

The comparison charts below come from a poll of 600 CEOs taken by Chief Executive magazine, and show a direct head-to-head comparison between Texas and California, along with where the "average" U.S. state would fall and the priority the CEOs would place on the specific category for comparison in choosing where they would prefer to do business.

Let's just say that if given a choice, it isn't California....

The actual state rankings are here. For quick reference, here are the ten worst states that CEOs identify for doing business (the full list goes to 51 since it includes the District of Columbia):

And because this is Political Calculations after all, here's the New York Times' final electoral college map for the 2008 presidential election in the United States: 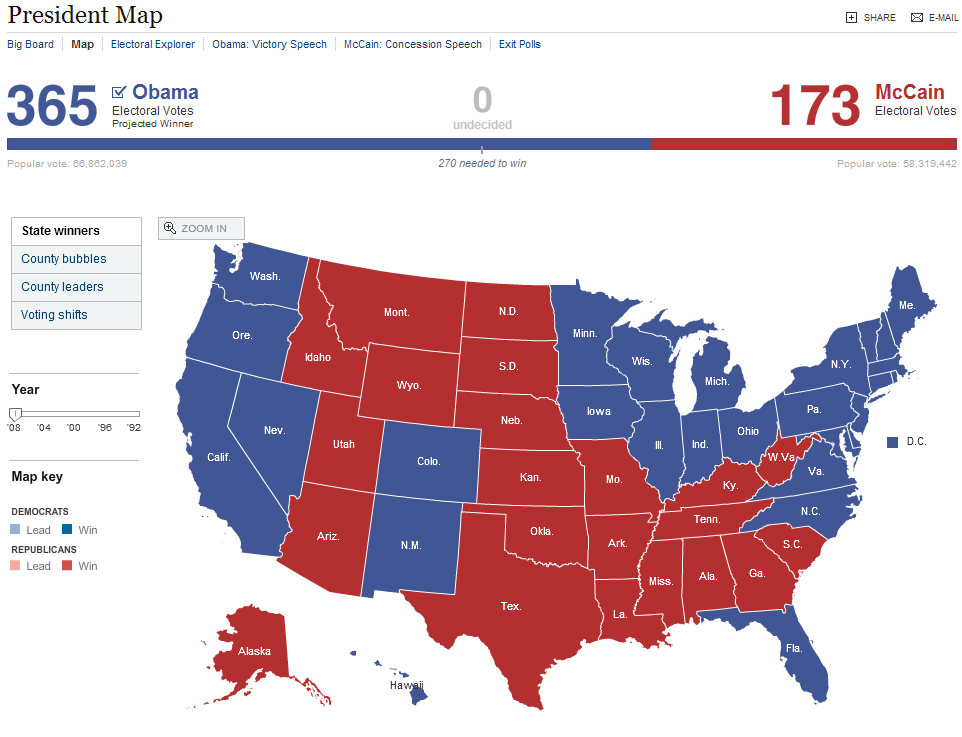 Of all the states that appear on the bottom of the CEOs' list as desirable places to do business, only one improved its position in the rankings significantly. Do you see a pattern that might allow you to predict which one that was?