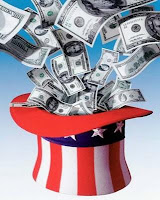 Why these years? Simple! The budget for spending in Fiscal Year 2009 was crafted to reflect many of President Bush's priorities prior to the beginning of the October 2008 financial crisis.

With the fallout from the financial crisis of October 2008 receding in 2010, we can use President Obama's Fiscal Year budgets beginning with that year and projecting forward in time to compare his proposed spending with what President Bush had proposed for those same years to see exactly what President Obama intends to contribute to the total level of the federal government's spending.

Our results are shown in the chart below, in which we also showed the actual amount of spending that occurred in the years from 2000 through 2009 for reference: 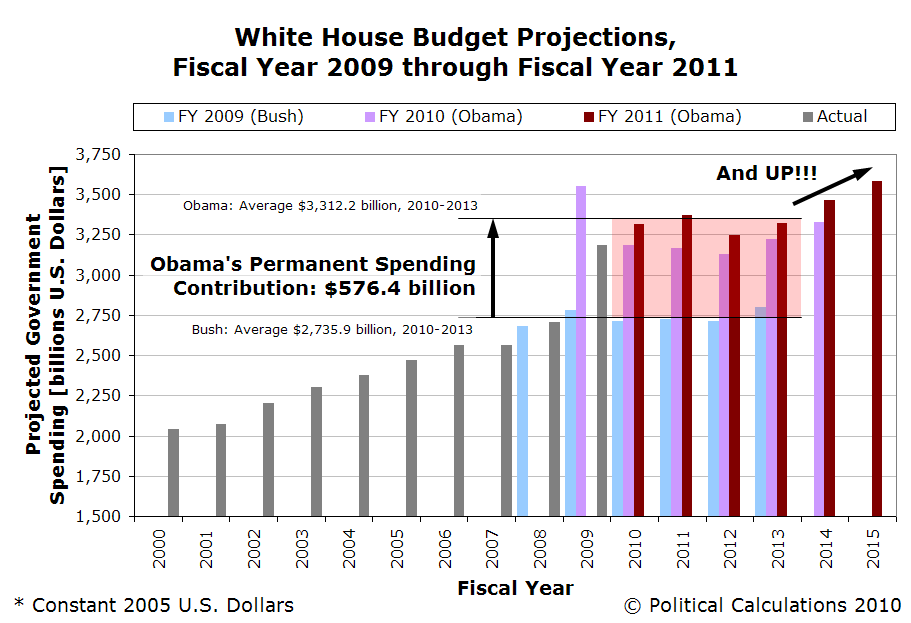 All dollar amounts in the chart above are adjusted for inflation and presented in terms of constant 2005 U.S. dollars.

What we find is that even after adjusting for inflation, President Obama intends to permanently increase the federal government spending by an average of $576.4 billion during the years from 2010 through 2013. We also see that he doesn't plan to stop there, as he would plan to spend even more money in 2014 and 2015, the last year for which he projects spending in his Fiscal Year 2011 budget.

Now, if you combine the Obama Spending Future above with the Obama Tax Future, where he projects taxes will rise to a larger and larger share of the U.S.' annual GDP, you can see why there's such a problem with the Obama Deficit Future. Even though President Obama plans to raise taxes by quite a lot, he plans to increase federal government spending even faster.

Don't blame us. We're just showing you what's in President Obama's proposed budget plans. It's not like he didn't tell you....