It's time to update our U.S. national debt history visualization project, bringing it fully up to date through Fiscal Year 2010. First up, the exponential view of both annual GDP and the national debt: 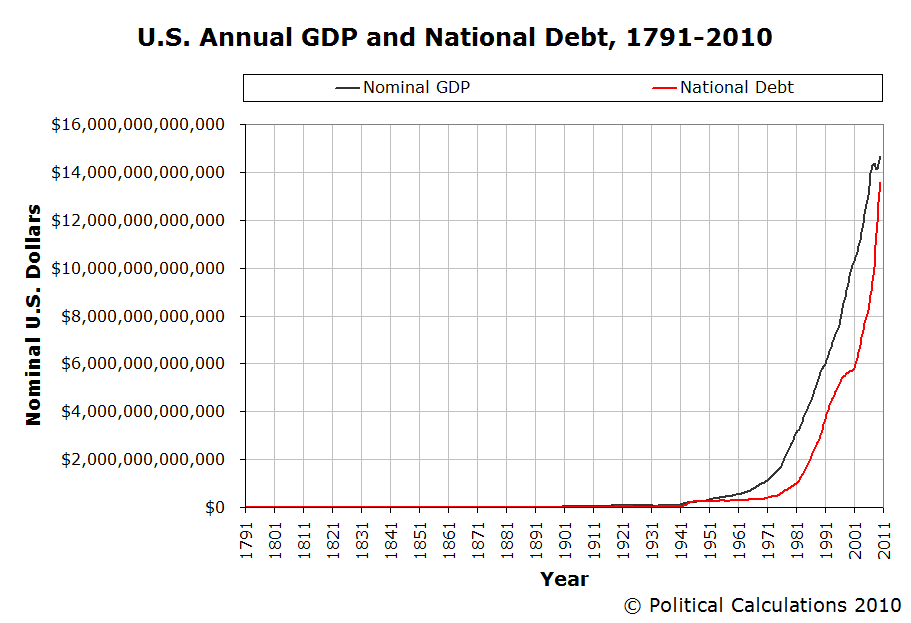 And now, the same data, but shown on a log-lin chart: 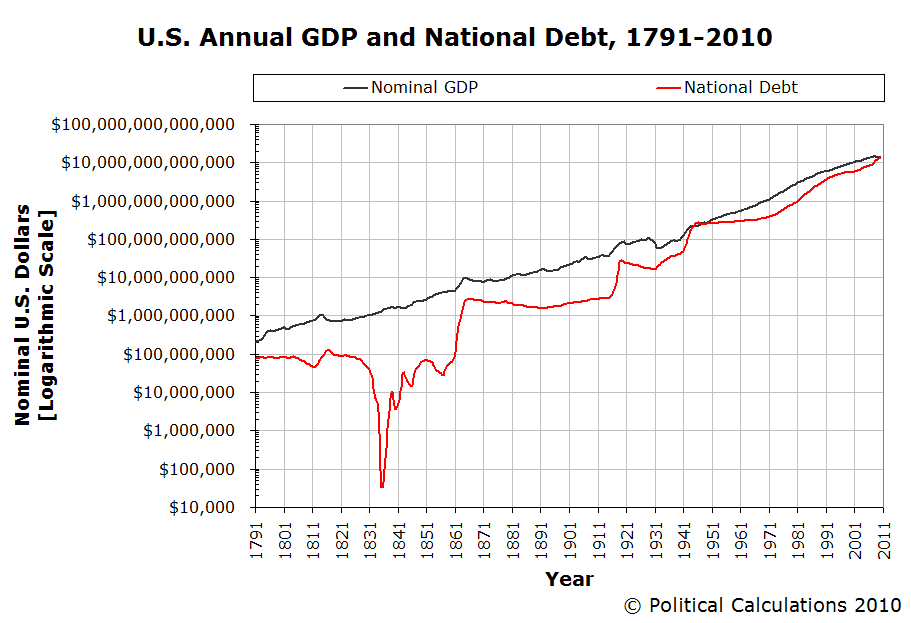 Here is another log-lin chart, but this time, showing GDP and the national debt per capita: 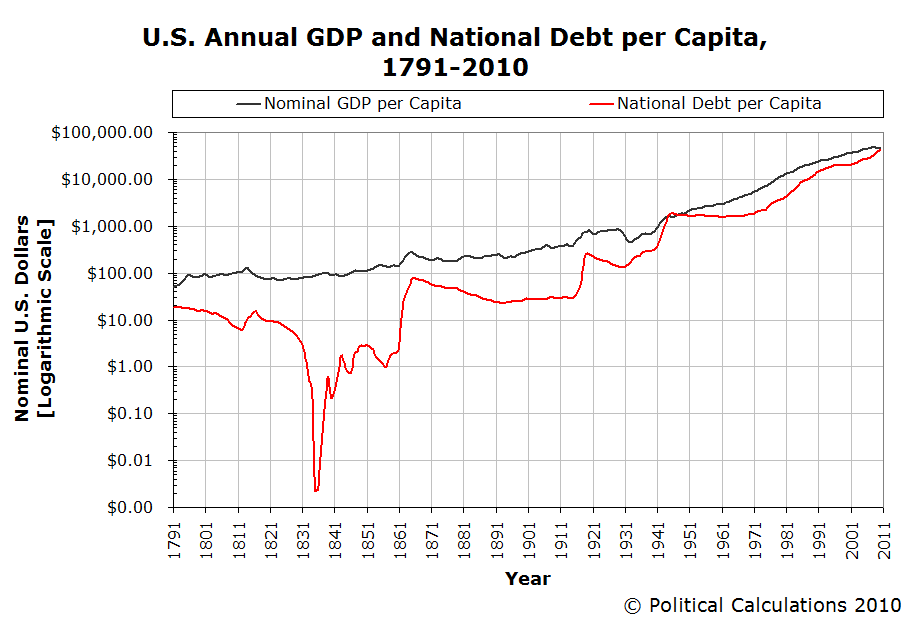 Finally, let's conclude with the U.S. national debt burden, or rather, the debt-to-income ratio for the nation: 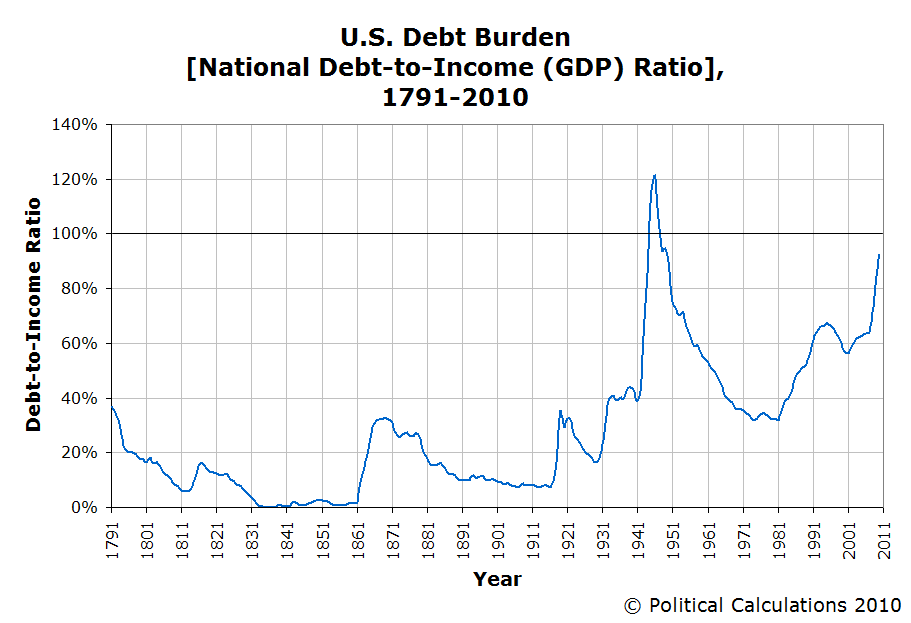 The national debt data used in the charts above is for the United States' total public debt outstanding, which includes the so-called intragovernmental holdings category, which mostly represents where surplus Social Security tax collections have gone since the early 1980s.

Since this category of the national debt must be repaid through tax collections or from the proceeds from the issuance of new debt held directly by the public whenever Social Security runs in the red, as it has begun to do in recent quarters and is projected to do consistently after 2017, we recognize no meaningful difference between the intragovernmental holdings portion of the national debt and the regular debt held by the public.